Assist Rustal Elion in his goals.

Julieta Juris is a Mobile Suit Pilot in the Gjallarhorn Arianrhod Fleet and a major antagonist in Season 2 of Mobile Suit Gundam IRON-BLOODED ORPHANS.

She is voiced in the original Japanese version by Mao "M.A.O" Ichimichi and by Abby Trott in the English dub.

When the Arianrhod Fleet showed up during the battle between Tekkadan and the Dawn Horizon Corps, Julieta was one of the pilots sent out by Rustal alongside Iok Kujan and Vidar to capture the Dawn Horizon Corps' leader Sandoval Reuters before McGillis and his Tekkadan allies could to deny McGillis the political victory. While Julieta got close, the Tekkadan pilot Mikazuki Augus managed to capture Sandoval first before any Arianrhod pilots could.

After Iok was sent to investigate McGillis and Tekkadan unearthing what was likely a Mobile Armor on Mars and failed to report in, Julieta and Vidar were sent in to see what happened to him. Julieta rescued Iok right as he was standing down the Mobile Armor in a suicidal attempt to avenge his men.

During the final battle at Tekkadan's Mars base, Julieta attacked the Tekkadan forces holding off Gjallarhorn while most of Tekkadan's members evacuated through the underground tunnels. She met Mikazuki Augus in combat, whose Gundam Barbatos was already damaged from the numerous Gjallarhorn Mobile Suits he had slain, and fought him. Mikazuki managed to deal some heavy blows to Julieta's Suit, but as the two fiercely attacked each other Mikazuki's Mobile Suit shorted out and due the strain he had sustained from driving Barbatos to his maximum potential, Mikazuki died before he could finish off Julieta, allowing Julieta to cut off the head of his Mobile Suit and claim victory.

Years after McGillis and Tekkadan's uprising and the reforms Rustal implemented to Gjallarhorn to remove the power of the Seven Stars and make it more outwardly democratic, Julieta Juris went to a hospital to visit Gaelio, who had became bound to a wheelchair due to his injuries. The two discuss the rumors that Julieta is being groomed to be the future ruler of Gjallarhorn. During their discussion, Julieta remarked on how she came to realize that the Tekkadan aren't devils, just humans. 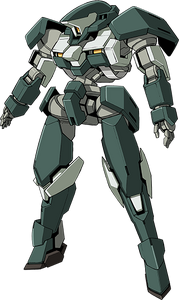 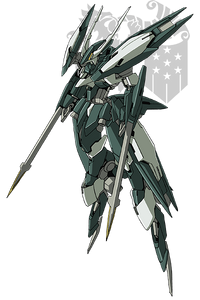 Retrieved from "https://villains.fandom.com/wiki/Julieta_Juris?oldid=3956492"
Community content is available under CC-BY-SA unless otherwise noted.