Holding rallies at the Deadmans base.

Julio is a Deadmans executive serving as bodyguard to Aguilera and a major antagonist in Kamen Rider Revice.

By using the Wolf Proto Vistamp, Julio can transform into the Wolf Deadman.

He is portrayed by Claud Hachijoin.

When the professional golfer Araki approached the Deadmans asking for a Vistamp, Julio was present when Olteca presented him to Aguilera.

As Olteca informed Aguilera that they would soon create enough sacrificial Deadmen to revive Giff, Julio walked in to the room to inform that another volunteer had come to them asking to receive a Vistamp, proclaiming that they would soon be able to take Revice's Vistamps. The volunteer was a woman in a mysterious hood, who used the Vistamp to bring forth the Kong Deadman. At the same time the Kong Deadman rampaged, a man hired by the Deadmans took Sakura Igarashi and her friend Ayaka hostage. When Kamen Rider Revi and Vice went to rescue them and fought the Deadman, Julio appeared in his Deadman form and told Revi he would be happy to exchange his sister for all the Vistamps he had collected. Revi refused but his brother Daiji agreed to it and handed over one of the new Vistamps Fenix had developed, only for Julio to mock Daiji for believing him and swat him aside. However, Sakura managed to defeat the kidnapper with her karate expertise and free herself while Revi and Vice destroyed the Kong Deadman.

When Aguilera visited the idol of Giff and vowed to free him, Julio attempted to cheer her up and tell her to smile, only for Aguilera to instead voice her irritation at the Deadmans' progress and questioned how they were doing on the 6 sacrifices to use to revive Giff. Olteca then responded that they were still taking time, and that not everyone had the potential to become a Giftex Deadmen like he and Julio, leading Julio to comment that a human being able to produce a Deadman was expressive enough and that most could only manage a Giff Junior. This prompted Olteca to state that once a human had summoned a Deadman from within them, they would need to merge with it to become a Phase 2 Deadman and be eligible for the sacrifice.

After Olteca proposed the Deadmans target Revice's "Achilles' heel", Julio went undercover as a human and attended the karate class Ikki's sister Sakura was a part of. There he met Sakura and helped her train in order to get closer to her. When Sakura stated that karate was the one place that she felt she could "let loose" however, Julio began to take an interest in the karate class.

Julio and the other Deadmans executives later operated a hotel that the Igarashi family were staying at to celebrate Yukimi's recovery. After Aguilera's attempt to poison Ikki was thwarted by Kagero, Julio then giddily asked Aguilera if she had tried to poison Ikki while Olteca voiced his reservations for the plan and pointed out that it violated the deal they had made with Kagero. It was at that point that Evil appeared and grabbed Aguilera by the neck before warning her not to make a move like that on Ikki again, as Ikki was his to kill. Aguilera then ran off, followed by her two subordinates. Julio told Aguilera to smile, but Aguilera slapped him away. Olteca then suggested that they watch tomorrow's proceedings from afar. The next day, Aguilera and her two henchmen were present when Kagero made his move. After Kagero hit Ikki to the ground, the three revealed themselves as the Deadmans and watched as Kagero became Evil to fight Ikki as Revi. When Hiromi became Demons and tried to intervene, Olteca and Julio assumed their Deadmen forms to hold him off and give Revi and Evil a chance to fight. 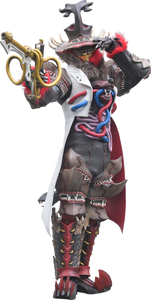 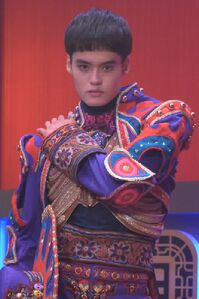 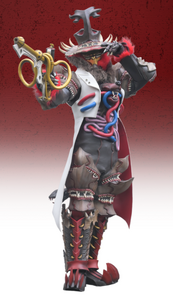 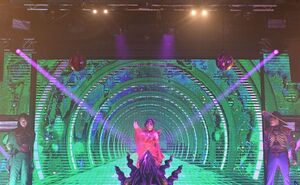 Julio and his cohorts on the concert stage in the Deadmans Base. 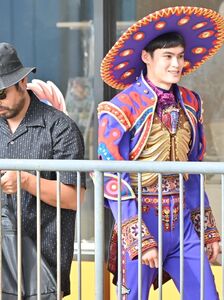 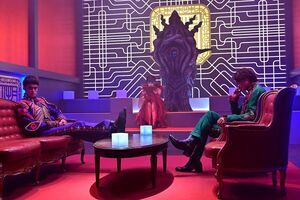 Julio with the other Deadmans executives. 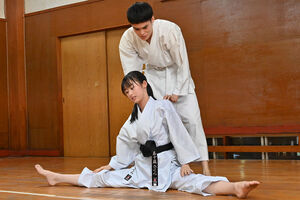 Julio dressed in a karate gi approaching Sakura Igarashi at her karate class. 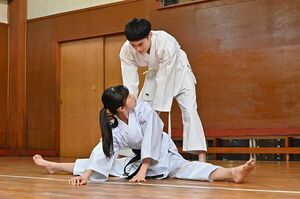 Sakura looks up at Julio. 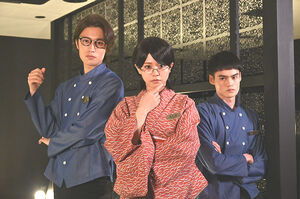 Olteca and the other Deadmans disguised as hotel employees.