Villains Wiki
Register
Don't have an account?
Sign In
Advertisement
in: Kamen Rider Villains, Doctors and Scientists, Fighters,
and 43 more

Scientist
Jun Kazu, the Utopia Dopant, is a researcher for Foundation X and the final antagonist of Kamen Rider W, serving as the main antagonist of W's final arc.

He was portrayed by Gong Teyu.

Kazu was experimented on by the Foundation X researcher Doctor Prospect to give him the psychic abilities of Quarks. He later became the Utopia Dopant to fight Katsumi Daido and was killed by him, but his body was preserved so he could be revived as a Necro-Over.

Kazu met with Ryubee Sonozaki to discuss Foundation X's funding of Museum when Ryubee tells him that with his daughter, their funding to the Museum would be worth it. He later gave a briefcase containing the T2 Gaia Memories to Tabata to take to the Foundation's headquarters.

After Saeko Sonozaki was defeated and left for dead by the Smilodon Dopant, Kazu saved her out of love and offered to help her overthrow her father. He then witnesses Saeko use the powers of the Level 3 R Nasca Dopant and learns about her sister's role in the way she was raised. It is only after Wakana evolves into ClayDoll Xtreme that Saeko accepts Kazu's advice.

After Ryubee's death, Kazu kidnapped a comatose Wakana from the burning Sonozaki Estate and brought her to a Foundation X research facility, where he begins looking to find a way to awaken her from her coma so he can use her to resume the Gaia Impact. During a confrontation with the Kamen Riders, Kazu reveals himself to be the Utopia Dopant and beats down all of them. After discovering that Wakana's consciousness is connected to Philip and that his anguish raises her compatibility with the ClayDoll Memory fused into her body, Kazu attacks everyone close to Philip to increase his anguish and awaken Wakana.

However, Saeko has a change of heart and betrays him to rescue Wakana, becoming the Taboo Dopant to hold Kazu off and give Wakana time to escape. However, Kazu's Utopia Dopant powers prove vastly superior to the Taboo Dopant and Kazu is able to overpower and kill Saeko. Kazu then captures Wakana again and hooks her up to a machine to convert her into data so he can place her in a satellite and use it to broadcast the Gaia Impact worldwide. However, Shotaro then shows up un-transformed and uses the Memory Gadgets to overpower the Utopia Dopant and save Wakana, as well as destroy the facility before the Gaia Impact can occur. The Utopia Dopant survives the destruction of the facility and, furious at Shotaro's interfence, goes to kill him. Philip then arrives and transforms with Shotaro into Kamen Rider Double CycloneJokerXtreme to take the Utopia Dopant on. The Utopia Dopant is ultimately defeated by Double with the Double Prism Xtreme Maximum Drive.

As he fades, Kazu tries in vain to activate the memory again, only for it to drop and shatter on a ground. He then asks if it was a crime to love before dissolving away.

An A.R. World version of Utopia Dopant is among five villain leaders summoned by Swartz in the final battle, alongside Evolt, Gamedeus, N-Daguva-Zeba and Sagittarius Zodiarts. 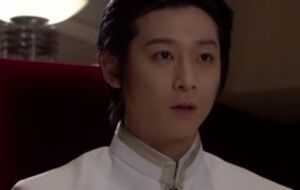 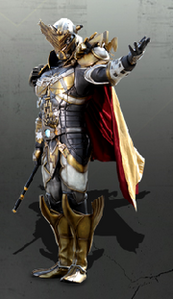 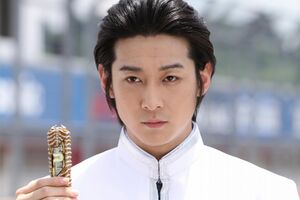 Kazu with the Utopia Memory. 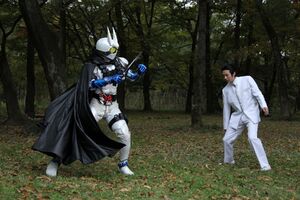 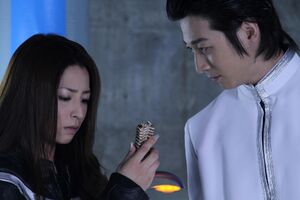 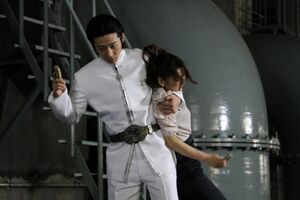 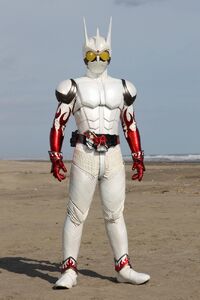 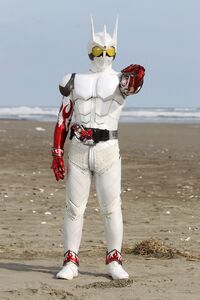