Junko is a sagacious spirit who serves as the main antagonist and final boss of Legacy of Lunatic Kingdom, the fifteenth entry of the Touhou Project video game series. She is a sworn enemy of the Lunarian species who orchestrates an invasion of the Moon in order to force out the Lunarian people living there and assassinate the Lunarian Goddess, Chang'e.

Junko wears a Chinese outfit of a red and yellow tabard with a red sash over a wide-sleeved black dress and a black Phoenix crown. She has long, orange hair and red eyes. Behind her are seven light-purple flame-like tails.

Having a grudge against Hou Yi for killing her son, Junko decided to seek vengeance upon Hou Yi and Chang'e. She plotted the invasion to the Moon in order to get revenge on her. She filled the Near Side of the Moon with fairies, in other terms, with life; forcing the Lunarians to retreat so that she could use that moment to kill Chang'e. Knowing the Lunarians would likely flee to the Dream World, she sent Hecatia to trap them there.

Over half a year the Lunarians took no action against her, causing a stagnation in Junko's plan and a steady appease of her anger, growing bored every time. It was at that time when the protagonist appeared before her, clean of all impurity much to her surprise. Because her anger was already appeased, she saw no goal in continuing the invasion and admitted defeat before the battle. 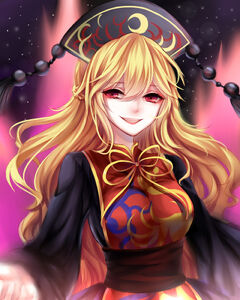 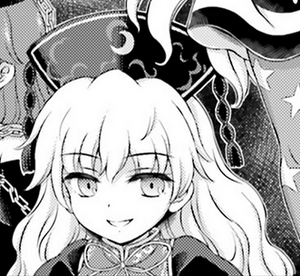 Visionary Fairies in Shrine appearance.
Add a photo to this gallery

Retrieved from "https://villains.fandom.com/wiki/Junko?oldid=3971374"
Community content is available under CC-BY-SA unless otherwise noted.