Oppressive Fallen Heroes
The Justice Lords are group of former superheroes turned global tyrants. They became leaders of their world and lobotomized their people after the death of their Flash.

Like their counterparts, the Justice Lords were formed by seven superheroes. They fought evil and villainous teams. Their dimensions diverged when Lex Luthor became president and killed Flash who they all considered family despite him annoying them with his antics. Superman along with Wonder Woman and Batman went to the White house and fought Luthor's guards. After Superman killed Lex Luthor, they took over the White House and their world. They inforced martial law over the entire world in order to keep the world in line, even small crimes like littering and disturbing behavior leads to immediate arrest. They also took away the people's freedom and choices, as they see that is what leads to uprising. They faced demonstrations from people and lobotmized criminals. Worse, because of their desire to control people to prevent an uprising, even doing something harmless like complaining about poor service could result in arrest.

Years after establishing control over the world, they encounter their Justice League counterparts from Batman. The Justice Lords lured their counterparts into a trap and arrived in their universe to establish the same control in their universe. Eventfully, they got defeated after the Justice League teamed up with their Lex Luthor, who helped depower the Lords in exchange for the latter getting freed from jail while under close supervision. After this, the villains were returned to their home universe. 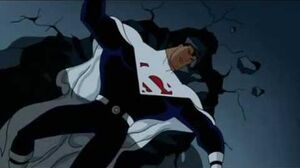 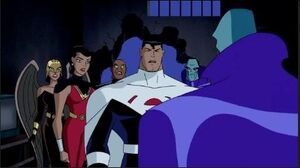