Researcher of the Revenants

Ascend humanity to the next level of evolution.

Get rid of Silva to disperse the Red Mist.
Kill the Revanant group and all who stands in his way (all failed).

Juzo Mido is the main antagonist of the 2019 roleplaying game Code Vein. He is the one who is responsible for the Successors and experimented Revenants.

He was voiced by Show Hayami in the Japanese version, and Keith Silverstein in the English dubbed version.

Prior to the game's events, Mido was one of the leading researchers in the Revenants alongside Gregario Silva. His goal was to learn more about them; where they came from and what causes them to turn into Lost. Starting Project QUEEN, Mido and Silva planned to create the ultimate Revenant that would remove their abnormality for blood. Their participant was Cruz Silva, Gregario's daughter, with the belief that her sacrifice would bring peace to humanity.

However, Mido placed Cruz through torturous experiments that turned her into a destructive incarnate known as the Queen. After a long battle, the Queen was defeated and sealed away, but her soul split from her body. When a piece of her soul fused with Revenants of high affinity, they became more powerful forms known as Successors.

Before the Great Collapse, Mido adopted multiple orphans to conduct experiments on them to turn them into Revenants, then sent them out to the battlefield as soldiers or sold them for slavery. These orphans included Yakumo and Emily, with Yakumo despising Mido for laking any care of Emily after she evolves into the Successor of the Claw. He also experimented on himself to turn him into a stronger Revenant. After Gregario becomes a Successor himself to barricade the remnants of humanity within a red mist wall to protect them from the Aragami, Mido plans to overthrow Silva so he can purposely evolve humanity into Successors so they can fight at odds with the Aragami.

While the player never encounters Mido in the game prior to after beating the Successor of the Claw, his presence is seen within the numerous memories that the player can enter, reminiscing of the Great Collapse and Mido's experiments on Cruz and numerous others. Once the Successor of the Claw (Emily) is defeated and Yakumo says his goodbyes, Mido comes in, sarcastically applauding the heartwarming scene. Yakumo immediately lunges at Mido, only to be knocked back by one of Mido's men. Mido tells Yakumo that his men were gifted with the power of relics and the other children made excellent test subjects. Jack appears from behind Mido, only for Mido to turn around and punch him in the stomach. Jack demands Mido to return the stolen relics, but Mido remarks that he already took care of Eva, turning her into the Successor of the Throat. Before leaving, he taunts the group to see the Successors.

Believing that Mido's plan was to revive the Queen, Jack leads the Revenants to a fortress that guards Silva's throne. In the room leading up to Silva's throne, the group confronts Mido. He revives the Cannoneer and Blade Bearer Lost to dispose of them. After defeating them, the group stops Mido progressing after his men kill off the Revenants guarding the throne. Jack asks Mido what he plans to do with reviving the Queen. Mido just laughs, scoffing that he has no more use for her since he collected enough data. Suddenly, he kills his guards and sends their relics to open the seal containing Silva, impaling him on the throne, mutating his Successor form into the Skull King. The red mist fades, only to quickly come back. Angered that Silva was able to resist, Mido claims he will kill Silva after defeating the Revenants. But they manage to defeat him, causing him to turn into stone before exploding.

Although Mido failed to kill Silva, the damage had already been done. Silva's frenzied Successor must be stopped or else all humanity is cursed to become Revenants, which are then cursed to become Lost.

Mido is a very cunning individual who adopts orphans, only to turn them into soldiers just so he can complete his goal of killing Silva. An abusive scientist with an obsession for evolution, he cares nothing about the people he experiments on or the Revenants he creates. He is also willing to use his own men as test subjects and promptly disposes of them once they outlive their use to him. He also looks down on the weak and says they are better off dead. While he claims that his goal will save humanity by turning all humans into Revenants so they can evolve into Successors to fight the Aragami, the Revenant group rebuff his extremist claim, believing that all which he really cares about is his own twisted view of evolution. 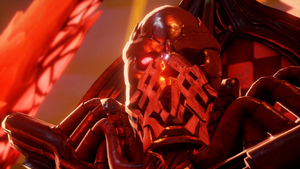 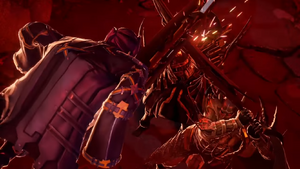 Mido and one of his soldiers clashing with Yakumo. 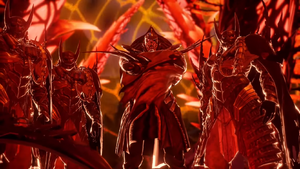 Mido with his men. 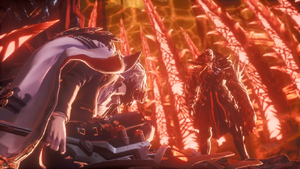 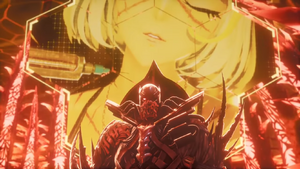 Mido revealing he experimented on Eva. 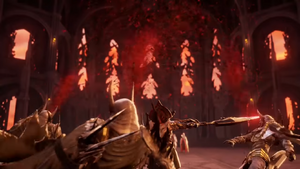 Mido killing his men to extract their relics. 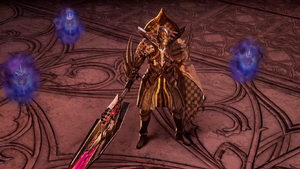 Mido with his men's relics before sending them towards Silva's throne. 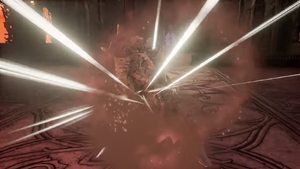 Mido's death.
Add a photo to this gallery 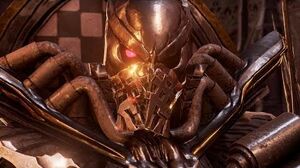 Retrieved from "https://villains.fandom.com/wiki/Juzo_Mido?oldid=3557708"
Community content is available under CC-BY-SA unless otherwise noted.