Member of the Black Dragon Clan (original timeline: later to become the leader)

Spending time with Stryker, Raiden and his allies (especially in MK9).
Serving Liu Kang and Kitana.
Serving the Black Dragon Clan.
Defeating the Red Dragon Clan.
Proving his greatness & the Black Dragon's in combat.
Fighting for thrill and excitement.
Fighting opponents that are worthy fighters.
Getting paid for crimes, murder, smuggling, assassinations and making deals.

Become the force of good and aid Raiden in his quest by any means possible (failed).
Serve Quan Chi (undead and possessed; failed).
Serve Liu Kang and Kitana the Netherrealm (currently).
Get his revenge on Raiden (failed).
Help Liu Kang and Kitana conquer more realms (still trying to achieve).
Claim and use the god-like powers of Blaze to destroy the Red Dragon Clan.

Kabal was a member of the Black Dragon Clan until Shao Kahn's invasion of Earthrealm. His soul was spared and he discovered that he was one of the chosen fighters. Kabal was attacked by one of Kahn's extermination squads and severely mutilated, surviving only through artificial respirators. He still had an unbroken will to fight and left behind his life of crime, swearing to become a force of good.

Between MK3 and MKDA

Kabal fought and was wounded severely by Mavado, who was a leading member of the Red Dragon that sought to wipe out the Black Dragon. He also took Kabal's hookswords as trophies.

Havik found Kabal on the brink of death and saved him, in exchange for him bringing back the Black Dragon as a force of chaos and anarchy. In spite of his vow to give up crime, Kabal did exactly as Havik asked, trained with him for a few years, and returned to Earthrealm to reclaim his hookswords from Mavado.

He then began searching for new recruits and eventually found Kira and Kobra. Kabal and his recruits accompanied Havik to Outworld, Kabal secretly wanting to test the pair of recruits and he then tested their progress in the battle against the Dragon King.

Kabal encountered Taven in Argus's temple after the demigod beat Kobra and most of the other Black Dragon. He offered him a place in the clan, but was turned down and defeated by Taven.

In his ending, he defeated Blaze imbuing his hookswords with great power. Kabal challenged Mavado to battle and overpowered him easily, causing him to perform Hara-kiri. He held Mavado's head as a sign of the Black Dragon's superiority.

In an alternate timeline, Kabal was formerly a police officer and a close friend and partner of Kurtis Stryker. Both of them were about to fight Kintaro, but Kintaro burned Kabal with a fireblast. Because of this, his skin and lungs were left heavily burned. When Stryker came back after he beat Ermac, Kabal was nowhere to be found. It turned out that Kano (an old friend of Kabal from his time as a member of the Black Dragon Clan) rescued him and Quan Chi healed most of his wounds while Kano outfitted him with his mask and respirator.

Kabal escaped and fought Kano, Mileena, Noob Saibot, Sheeva and a Cyborg Sub-Zero (while still being controlled by the Lin Kuei). He joined Raiden so he could help defeat Shao Kahn, but ultimately, he along with Nightwolf, Sub-Zero, Kitana, Jax, Smoke, Jade, and Stryker were killed by Sindel. However Kabal and the others souls, including, Kung Lao, and Sindel, were claimed by Quan Chi and were forced to serve the evil sorcerer forever.

For the next 25 years, Kabal continued serving Quan Chi as an undead slave. After the events in previous Mortal Kombat game back when Johnny, Sonya and Kenshi were younger before Cassie, Jacqui Takeda and Jin were born Kabal, Sindel and Kurtis Stryker attacked Raiden and Fujin at Raiden's temple. Along with Quan Chi and his demon army. Raiden and Fujin defeated the demons first and then Kabal, Stryker, Sindel and Quan Chi but not before Quan Chi summoned Shinnok into Raiden's temple when Shinnok was defeated Quan Chi and his revenants retreated.

He was seen with the other revenants versions of Smoke, Stryker, Sindel, Kitana, Liu Kang and Kung Lao escorting Quan Chi to his fortress to await D'Vorah. Kabal, the other Revenants and Quan Chi traveled by horse due to Quan Chi's powers being weaker than what they were before. They were ambushed by the Special Forces, Jax, Kenshi, and Sareena. Kabal charged in on his demon horse and attacked the solider while the others attacked for a safe distance before getting closer and into the fight. Kenshi rushed in to protect the Special Forces soldiers Kabal and Kenshi fought each other during the hole fight between the Revenants and the Special Forces.

After the battle Kabal retreated with the rest of the revenants to Quan Chi's fortress he hasn't been seen after that. Later in the game a darker crueler Raiden enters the Netherrealm with Shinnok's decapitated living to tell the new rulers Kitana Liu Kang what fate awaits them and anyone else who pose as danger to Earthrealm (including Kabal).

Kabal returns as a playable character in the upcoming Mortal Kombat 11. He was revealed on February 5, 2019. Like with the other Revenants, Kabal is truly evil this time around as he still threatens Earthrealm despite no longer being controlled. He first appears in chapter 1, fighting Cassie during Raiden and the Special Force's invasion of the Netherealm before being defeated.

Kabal is a ruthless, but level-headed fighter and wields his hookswords with great skill. His face is so hideous it can scare people to death, as evidenced by one of his fatalities. Kabal can also fire a plasma blast from his mask and use his superhuman speed to perform a dash, that spins his opponent around like a top. As shown in one of his fatalities, he can move up to speeds far quicker than the speed of sound though his top speed is unknown. 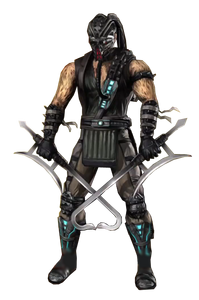 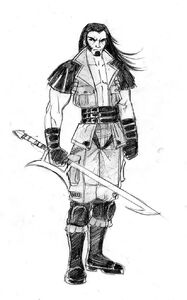 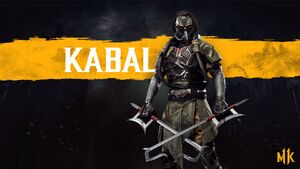 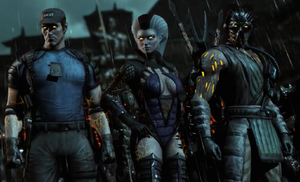 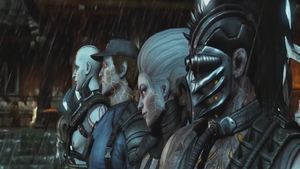 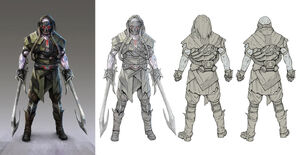 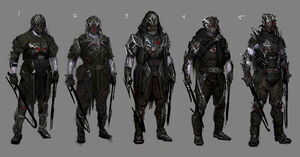 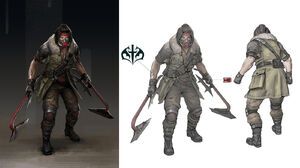 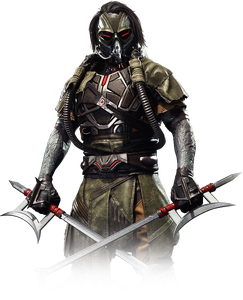 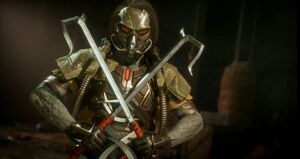 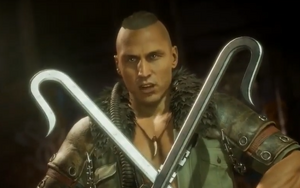 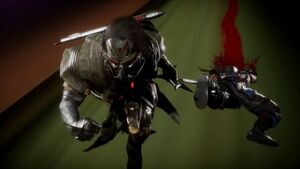 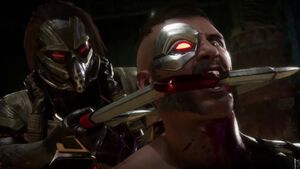 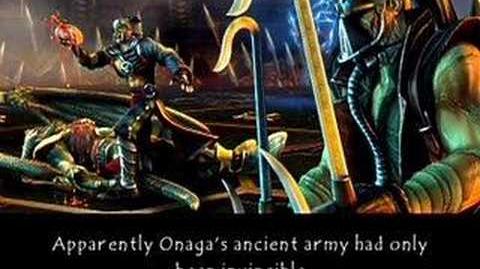 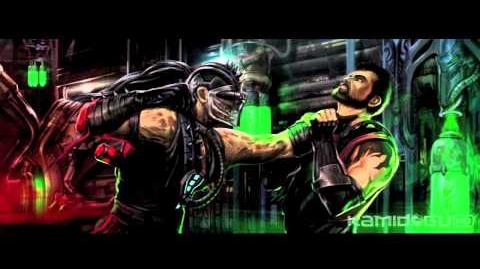 Mortal Kombat (2011) Kabal's Ending
Add a photo to this gallery

Retrieved from "https://villains.fandom.com/wiki/Kabal?oldid=3463797"
Community content is available under CC-BY-SA unless otherwise noted.