Yo! Son Goku and His Friends Return!!

Kado is one of the main villains in the Dragon Ball Z film, Yo! Son Goku and His Friends Return!.

He was voiced by Kazunari Tanaka.

Kado is a tall, heavy red alien. He has pointy ears, two horns on his head and wears the outfit that every minion of Frieza wears.

When Goku and his friends were attending a party in dedication of Hercule, Vegeta's younger brother Tarble appears. He told them that he's been followed by the duo known as, Kado and Abo. Tarble stated that they are as powerful as Frieza and he can't defeat them on his own. So the Z Fighter decided to have Goten fight Kado. When Kado and Abo arrived, Goten confronted Kado. At first, Goten easily overpowered Kado, but when Kado used his cloning ability he was able to give Goten a bit of a challenge. With the help of Gohan's guidance, Goten was able to overpower Kado again. Tired of Goten, Kado and Abo decided to merge together to form Aka. It took the powers of the all the Z Fighters to defeat Aka. After Aka was defeated, Aka reverted back into Abo and Kado. The Two decided to joined the party and eat all the parsnips.

Kado possesses most of the powers of most of the villains in the Dragon Ball villains, such as flight. Kado can create three clones of himself that are just as powerful as the real Kado. He is also to merge with his brother Abo to form Aka.

During their time as minions of Frieza they had similar power to the Ginyu Force. This means that they each had 40,000.

Abo and Kado are stated to have power levels equal to Frieza by Tarble, and since Tarble only ever knew about Frieza's first form this means Abo and Kado have around 530,000. 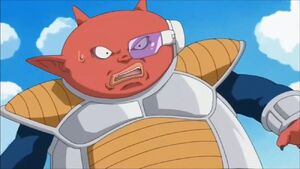 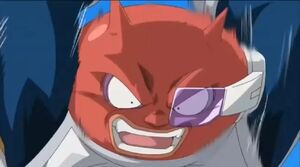 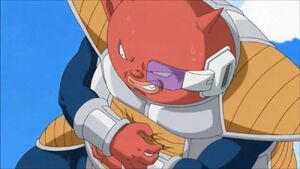 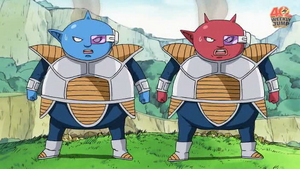 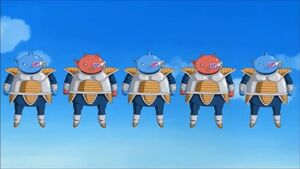 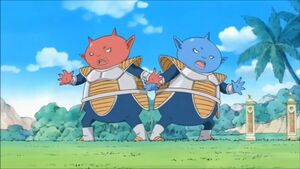 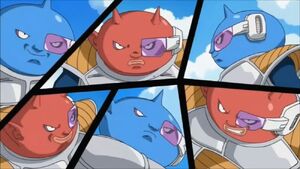 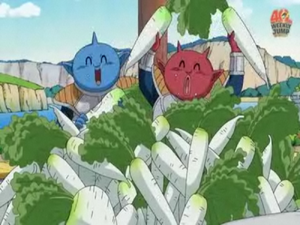