Member of the Masters of the Mystic Arts (formerly)

Leader of the Zealots
Servant of Dormammu

Kill the Ancient One to get revenge on her for not helping him finding answers to the tragic deaths of his family (succeeded).
Kill Dr. Strange.
Merge Earth with the Dark Dimension in order to be able to put an end to death itself and to be reunited with his dead wife and son (all failed).
Gain immortality (succeeded, but not in the way he wanted it).

Kaecilius is the main antagonist of the 2016 Marvel Cinematic Universe film Doctor Strange.

He is a dark and powerful sorcerer, who was a member of the Masters of the Mystic Arts, but became corrupted and vile. Kaecilius is based on a servant of the villainous Baron Mordo from the Dr. Strange comic books, but in the film, he takes center stage as the powerful nemesis of Dr. Stephen Strange. Kaecilius was created by the late Stan Lee and the late Steve Ditko.

He was portrayed by Mads Mikkelsen, who also played Le Chiffre in Casino Royale, Chick Hicks in the Danish version of Cars, Captain Rochefort in The Three Musketeers, Randall Boggs in the Danish version of Monster's Inc, Hannibal Lecter in the television series Hannibal and David Prentiss in Chaos Walking, Gellert Grindelwald in Fantastic Beasts: The Secrets of Dumbledore.

Early Life and Becoming a Sorcerer

As told by Mordo and revealed in prequel comics for the movie, Kaecilius was once a contented husband and father who lived a happy life in Copenhagen with his wife Adria, despite having to deal with the death of their son under unexplained circumstances. One day, while they were ambling near the Nyhavn Canal, Adria was struck with a terrible illness which took hold of her. Despite Kaecilius' best efforts, he could not save her and lost his wife, a loss which broke his heart and led him to desperately seek out some kind of understanding of why. This eventually led Karl Mordo to guide him in his travel to the mountains of Tibet to be trained to overcome his grief by the powerful Sorcerer Supreme known as the Ancient One who trained him in the art of magic. Kaecilius quickly proved to be the Ancient One's most brilliant student and she intended to confer the mantle of Sorcerer Supreme upon him but Kaecilius was proud, stubborn and lusted after power.

At one point during his training, Kaecilius also involved in the fight between his fellow sorcerers of Masters of Mystic Arts and the Witch over a powerful relic called Dark Specter, the fight that he and his allies won before resumed their training.

When he discovered that the Ancient One was channeling energy from the Dark Dimension to keep herself alive, he abandoned her tutelage, stealing pages from her spellbook and turning instead to the service of the Dread Dormammu, an evil being who exists in the Dark Dimension and seeks to enslave all of creation, in particular the Planet Earth. Believing Dormammu to be a benevolent spirit, Kaecilius sought to release the being into our universe, thinking that all death would end and humans would become immortal. Kaecilius most likely believed that he would be reunited with his wife and child when all worlds became part of the Dark Dimension and time and death were destroyed. In actuality, although Dormammu did have the power to offer immortality, the immortality he offered would be a Hell rather than the paradise Kaecilius imagined it to be but the dark sorcerer was too blinded by inconsolable rage and wishful thinking to realize or acknowledge this.

The Final Showdown and Imprisonment

Kaecilius then used the book's power to open a portal to the Dark Dimension for Dormammu to pass through but Dr. Strange passes through the portal, bringing time from our dimension and into the dark one where he confronts Dormammu, trapping the two of them in an endless time loop in which the two are doomed to relive the same moment for eternity. Strange offers to release the two of them from the spell on the one condition that Dormammu leaves Earth in peace forever and takes his worshipers with him. Dormammu reluctantly agrees and Strange releases him. Kaecilius and his zealots are dragged through the portal as Dormammu turns away from the Earth, their bodies disintegrating as they pass into the world they wanted, presumably to suffer for eternity.

Kaecilius is an extremely powerful sorcerer, able to fight Dr. Strange and even the Ancient One on equal footing. He draws on power from the Dark Dimension which corrupts its user and has caused his face to develop large dark stains surrounding his eyes, but augments the abilities of its user to frightening proportions. Kaecilius is also extremely intelligent, able to understand complex spells and formulate strategies and plans. His power and intelligence caused the Ancient One to regard him as a potential successor but he turned away from her when she refused to share all of her knowledge. In addition to his intellect and magical abilities, Kaecilius is a truly formidable and vicious hand-to-hand combatant able to wield a variety of magical and mundane weapons with prodigious skill.

Kaecilius is driven by blinding rage and despair over the loss of his family whose deaths he has never fully come to terms with. Unlike Strange, he is unable to countenance that personal tragedy is a natural part of life and as such he views death itself as an injustice. Although not obsessed with himself, he is arrogant and prideful, suffering from a deeply entrenched Messianic complex that drives him to release Dormammu from the Dark Dimension, believing that this will bring mankind to the natural culmination of its evolution by extinguishing death. His megalomaniac plans for apotheosis are predominantly driven by a wishful desire to see his wife and family again.

In spite of his intelligent and philosophical nature, Kaecilius suffers from magical thinking, being selectively oblivious to the evil of Dormammu and choosing instead to see the Ancient One as an unjust oppressor for not sharing her knowledge and power with her students or more specifically him. He believes that he is a good man on a quest not to rule the world but to save it but his sheer ruthlessness and disregard for human life shows the hypocrisy of his delusion of heroism. He regards the lives of the innocent people he slays as insignificant next to the achievement of his mission.

So stubborn and proud is Kaecilius that he refuses to entertain the idea that anyone but him could possibly be right. Nevertheless, while cruel and ruthless, Kaecilius is not really sadistic, taking no pleasure from hurting or killing anyone but being willing to do so in the pursuit of his goals. Despite being driven by anger, bitterness and grief, Kaecilius always maintains great dignity and emotional composure, even in his final moments before banishment. He is a cultured warrior philosopher who speaks politely to his opponents and is possessed of a bitingly dry sense of humor, sometimes making wry witticisms even in the heat of battle. 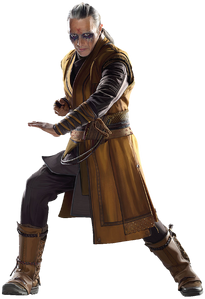 Kaecilius with other Zealot members. 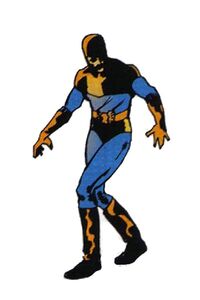 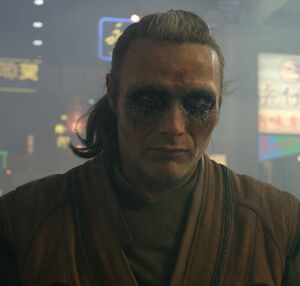 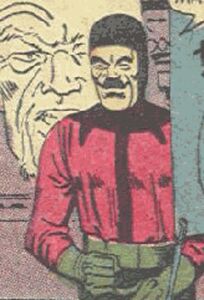 Kaecilius in the original comics. 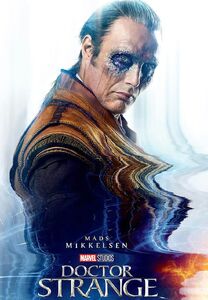 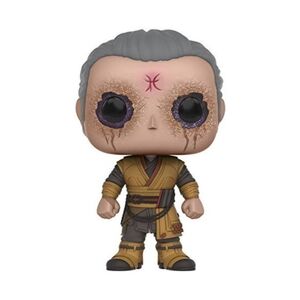