Kagemaru is the main antagonist from the first season of Yu-Gi-Oh! GX. He is the leader of the Shadow Riders.

Kagemaru was once the superintendent of Duel Academia. When he left Duel Academia, he became ill and old. In terrible health, he now hopes to regain his health and youth by sucking the energy out of duel monster cards. He wanted to use the Three Phantasms for his plan. The only problem is that they were locked underneath Duel Academia and protected by seven spirit keys which he once gave to Samejima.

He sends the Seven Stars Assassins to win the spirit keys. When they all failed, he went to Duel Academia himself. He placed his body in a large machine which would infuse him with the power of the duel monster cards from all over the world once he had summoned the Three Phantasms. While dueling Jaden Yuki, his youth did indeed return but once he was beaten, he regained his old age.

Kagemaru then promises to leave his evil ways behind him. His Dark Item was a ring. He plays a "Three Phantasms" Deck, which revolves around summoning the Three Phantasms. He returns in Season 4 as an advisor to the heroes. 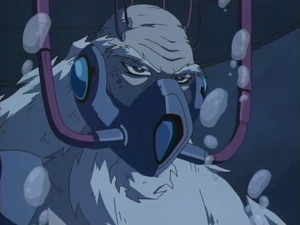 Kagemaru as an old man. 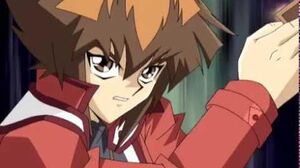