The Sinner of Eternity and the Instantaneous

Stay on Earth by any means.

Kaguya Houraisan is an antagonist from the Touhou Project series of games who was once the princess of the Lunarians, a race of people living on the Moon. She was exiled to Earth over a thousand years ago for the crime of using the forbidden Hourai Elixir to make herself immortal. Arriving on Earth one day, she was found by a bamboo cutter and dwelt among the humans she had once despised. Though the Lunarians looked upon humans with contempt, Kaguya came to love her new home. Tales of her unearthly beauty led men from all across the land to seek her hand in marriage, Fujiwara no Mokou's father being one of them, but none could successfully complete her trial of the Five Impossible Requests.

The first was to bring her the stone begging bowl of the Buddha from India. The second was to retrieve a jeweled branch from the island of Mount Hourai. The third was to seek the legendary robe of the fire-rat of China. The fourth was to retrieve a colored jewel from a dragon's neck. The final task was to find the legendary Cowry treasure of the swallows. These potent treasures were eventually revealed to already be in Kaguya's possession in the final stage of Imperishable Night.

After years of exile, powerful emissaries arrived from the Moon; Kaguya had been forgiven of her crime and it had been decided that she should return. Kaguya, however, had grown to love life on Earth and had no desire to return to the lunar capital permanently. Enlisting the help of her friend Eirin, Kaguya escaped from the emissaries and fled to Gensokyo. Taking refuge in an ancient manor called Eientei hidden deep within a secluded bamboo forest, the two Lunarians began a new exile. After several centuries of isolation, she was eventually reunited with Mokou, who had also used the Hourai Elixir to become immortal, and the two continued their feud, murdering each other on a nearly daily basis.

She now spends her days living in Eientei in a carefree manner, sometimes holding exhibitions of Lunarian treasures there for the rest of Gensokyo to admire. Her long isolation has made her lonely, and she enjoys telling stories to any guests she might receive.

She was voiced by Mai Aizawa in the video games and Natsumi Takamori in the anime.

During the events of Imperishable Night, Kaguya had been hidden in a secret pathway along with the true moon by Eirin to ensure any Lunarians sent to recover Reisen would not discover her. The heroines of Imperishable Night, however, did discover her and challenged her to return the full moon to Gensokyo. After being defeated, Kaguya unleashed her powers of eternity in an all-out bid to break the spell of the imperishable night cast by the heroines. Finally, she relented and the true moon was recovered.

Kaguya has dark brown eyes and very long black hair. She wears a pink shirt with many white bows, and a long, dark burgundy skirt decorated in yellow with bamboo and flower shapes. Her 5 Impossible Requests are seen floating around her, probably waiting for her order to engage in a Spell Card attack. 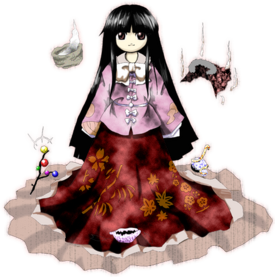 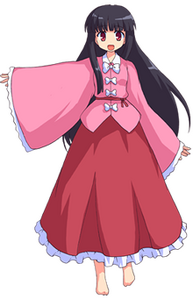 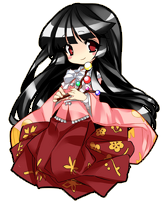 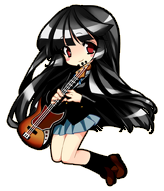 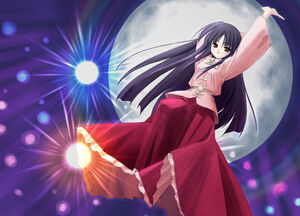 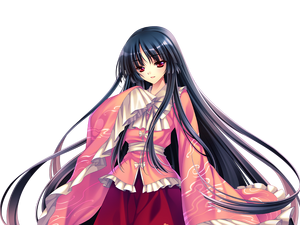 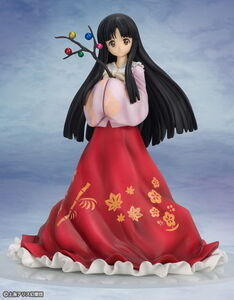 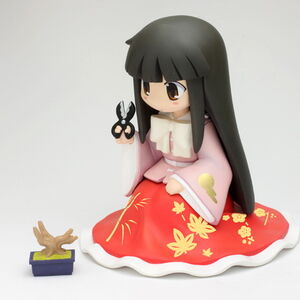 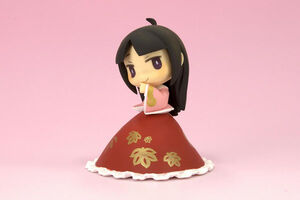 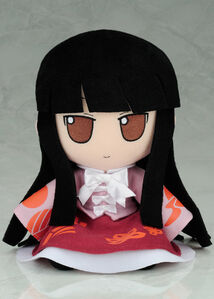 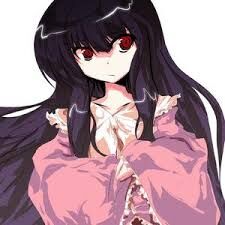 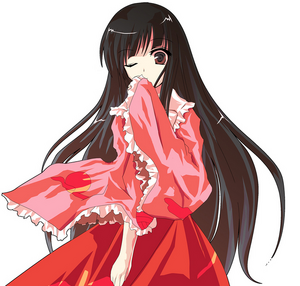 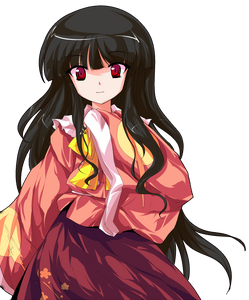 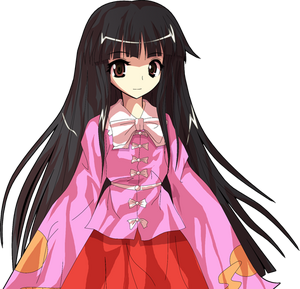 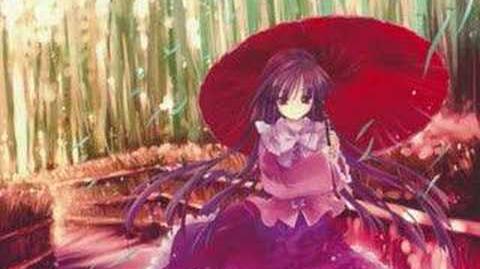 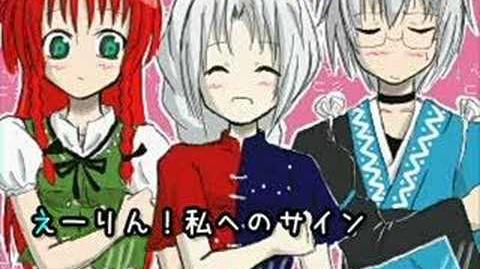 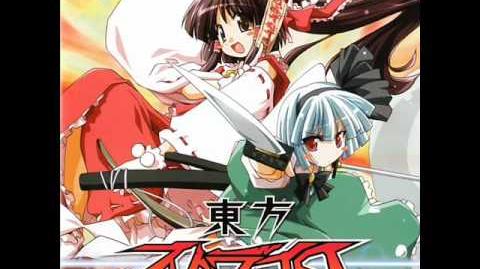 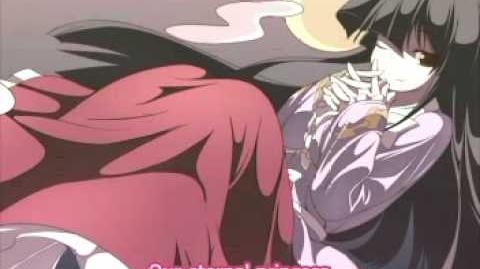