Get elected to the city council (succeeded).
Conquer the United States with the fear caused by his cult (failed).

He was portrayed by Evan Peters, who also portrayed seven other characters throughout the series including Tate Langdon and James Patrick March. In-costume stunts as the Bowler Clown were portrayed by Casey Adams.

Kai is a racist and misogynistic social misfit who dreams of a world in which white men rule supreme and women "know their place". As a teenager, he witnessed his mother kill his abusive father and then herself. With the help and complicity of his older brother, Rudy, and his younger sister, Winter, he preserved their bodies with lye and kept them in their bedroom, treating it as a shrine.

Inspired by Donald Trump's election, he starts an extremist movement in which he and his underlings, dressed as clowns, brutalize and kill people in the community they dislike - mostly minorities and feminists. Kai's ultimate plan is to kill 100 pregnant women in a single act of violence. Winter and Rudy are his reluctant accomplices. At one point, he tries to impregnate his own sister to create a "chosen one", but she rebuffs his advances.

One day, Kai spills a latte over lesbian couple Ally and Ivy Mayfair-Richards, and taunts them with homophobic insults. He becomes obsessed with Ally, and plans to make her his "bride" by taking away everything in her life so that he is all she has. To that end, he manipulates Ivy into joining the cult by sending Winter to seduce Ally, and orchestrates events so that Ally ends up being institutionalized and losing custody of Oz, her son with Ivy.

Kai taunts several Mexican emigrants by singing a racist version of "La Cucaracha" and then urinating into a condom and throwing it at them, provoking them to beat him up. Kai uses his injuries to portray himself as a victim of "multiculturalism" and "liberal bias", drumming up enough public support to unseat City Councilman Thom Chang, whom he and his gang later murder.

Kai uses his new position to spread messages of misogyny and racism, and plans to rise up the political ladder until he is elected president. He gathers other, likeminded social misfits into his cult, including reporter Beverly Hope, who shares Kai's dream of bringing society to its knees. With her help, he sets his sights on running for U.S. Senate.

As Kai becomes increasingly ruthless and paranoid, he begins to suspect his inner circle of conspiring against him. He makes them demonstrate their allegiance to him by killing a "disloyal" cult member with a nailgun, but even that isn't enough. He eventually turns on his own family, killing Rudy and Winter because he believes they are plotting against him. He then seemingly convinces Ally that Oz was conceived with his sperm, and she joins the cult.

Unbeknownst to him, however, she only joined to she could spy on him, and is planning to report him to the FBI. With her help, the FBI raids Kai's compound and arrests him. Kai goes to prison, where he gathers another following amongst dissident members of the Aryan Brotherhood, and engineers an escape. Once he is free, he goes after Ally, who is now running for U.S. Senate.

Kai sneaks into one of Ally's campaign events, and holds her hostage, telling her that woman can't lead or win. He gets ready to shoot her, only to find out that the gun isn't loaded. Beverly, who is working as Ally's campaign manager, then shoots him in the head, killing him. 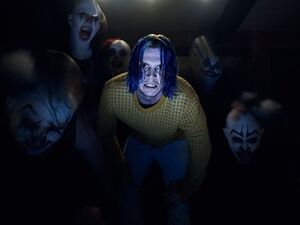 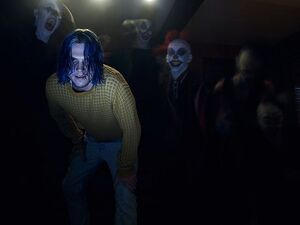 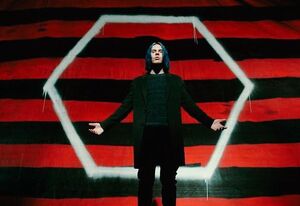 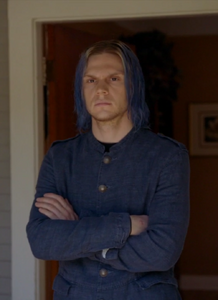