Leader of the Hades Army

Destroy Earth and Riser.
Become ruler of the Universe.

Kaiser Hades is the main antagonist of the first half of Genseishin Justiriser. He is a demonic alien who leads the Hades Army and seeks to become the ruler of the Universe by destroying the two planets that oppose him, Earth and Riser.

After destroying Riser, Hades and his armada headed to Earth. However, they faced opposition from Nolun and her fleet. After crashing onto Earth, Hades was sealed below the Kamishiro Mountain by Nolun via the Stellar Plates.

However, Hades was later unsealed by his subordinate Doctor Zora, though he was injured soon after by an attack from Glen, forcing him to retreat while Zora held off the Justirisers.

Hades later summoned General Bachuss and his Death Commandos to assist him in destroying the Justirisers and Earth. After Bachuss was killed by Shirogane, Hades set to work trying to destroy Earth with the Magneshelder and Sonic Crusher. However, this plan was also foiled by Shirogane. Hades then transforms into his true form to destroy the Justirisers. Initially having the upper hand, Hades is finally defeated when the Justirisers form Justi Kaiser and use it to destroy him.

However, right before his death, Hades transported his power to his brother, Majin Daruga. 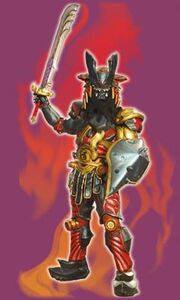 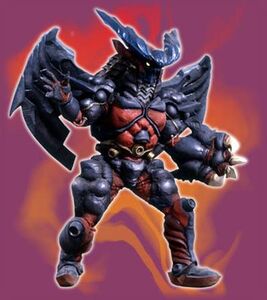 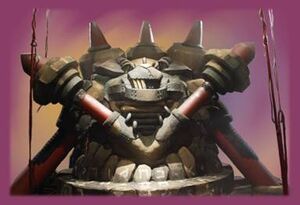 Sealed
Add a photo to this gallery 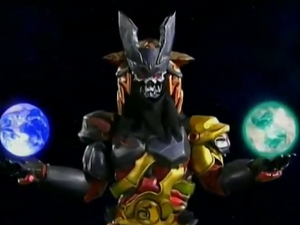 Retrieved from "https://villains.fandom.com/wiki/Kaiser_Hades?oldid=3713393"
Community content is available under CC-BY-SA unless otherwise noted.