Villains Wiki
Register
Don't have an account?
Sign In
Advertisement
in: Female, Wrestlers, Friend of a Hero,
and 5 more

While Kaitlyn never portrayed a heel character on WWE's main roster, she did have a few villainous moments in her career. She was one half of The Chickbusters with AJ Lee in 2011, and they spent weeks feuding with the Divas of Doom, consisting of Beth Phoenix and Natalya Neidhart. The duo often lost to the Divas of Doom, and by November, Kaitlyn appeared to be upset at AJ and seemingly blamed her for the losses. In one match, AJ was in agony, but Kaitlyn seemed to be more concerned with losing than with AJ's well being. On the following week, Kaitlyn snarled at AJ after they lost again to Beth and Natalya, and abandoned AJ when she was being attacked by the DOD.

On December 9, after she and AJ lost again to the Divas of Doom, the evil Kaitlyn attacked AJ and joined the Divas of Doom to cement herself as a villainess. WWE cut the match and Kaitlyn's villainous turn from that night's broadcast.

Kaitlyn competed as a villainess on three occasions on the modified NXT program in 2012, while still portraying a babyface on the main roster. Kaitlyn first displayed her heel character on July 18 in a losing effort against Tamina Snuka. During the match, Kaitlyn laughed evilly at Tamina and taunted her while hiding behind the official. On August 8, Kaitlyn teamed with Caylee Turner in a tag team loss to Tamina and Paige. After the match ended, Kaitlyn and Caylee were arguing over the loss. Kaitlyn's final match as a villainess on NXT came on October 10, when she and Alicia Fox were defeated by Paige and Audrey Marie.

Kaitlyn displayed an evil persona entering the Survivor Series event in 2013. On the final Raw before the event, a game of Country Musical Chairs ended with a brawl that resulted in Kaitlyn exiting the ring with the heel Divas, while the Total Divas remained inside the ring. Kaitlyn participated in back-to-back elimination tag team matches at Survivor Series and on the following night;s edition of Raw; teaming with the heel DIvas on both occasions against the Total Divas. In both matches, Kaitlyn was on the losing end.

On January 8, 2014, Kaitlyn decided to terminate her contract with WWE. Her final match aired that night on Main Event, where she lost to AJ Lee.

In her brief stint as a villainess on NXT, Kaitlyn was cocky and quite playful at times. She also unleashed a good amount of viciousness to her opponents. 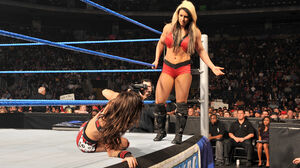 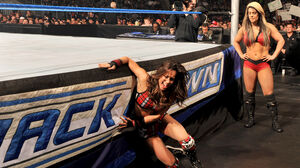 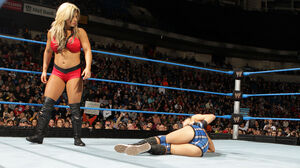 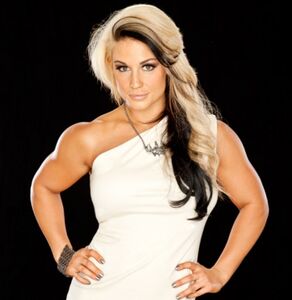 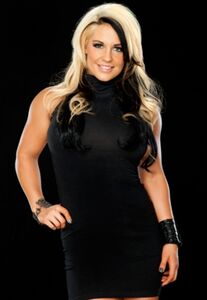 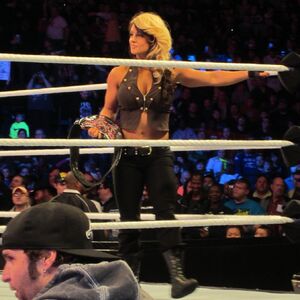 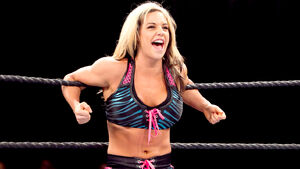 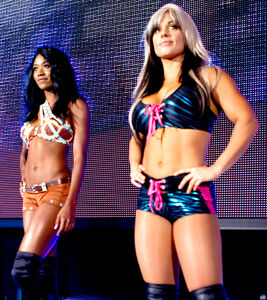 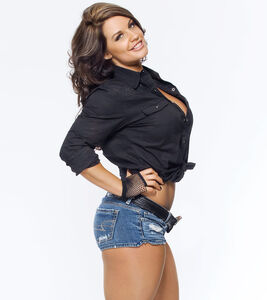 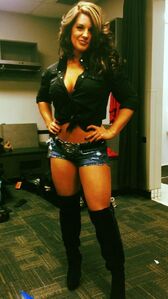 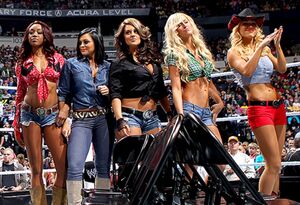 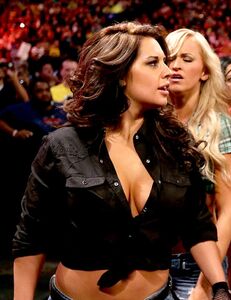 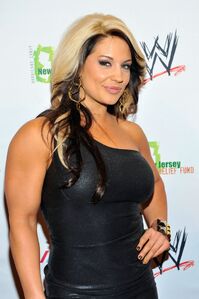 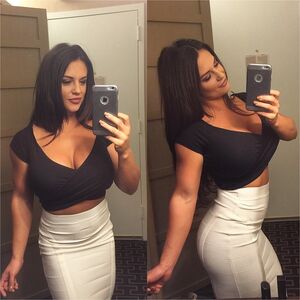 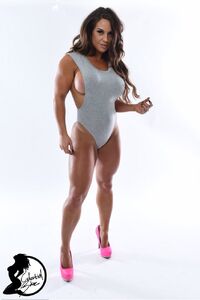 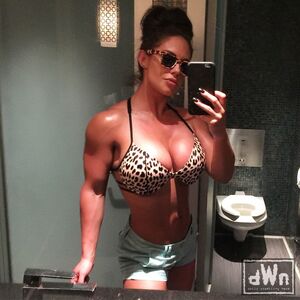 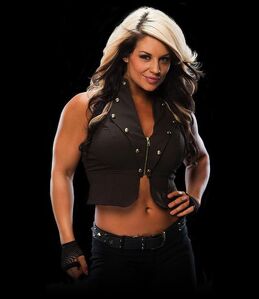