The Kakamora are a major antagonistic faction in Disney's 56th full-length animated feature film Moana. They are a treacherous band of diminutive yet murderous tiki-like pirates.

The Kakamora are composed of miniature-sized creatures who use coconut shells as armor for their unseen bodies. They would seem to be harmless at first, but they show their true menacing nature by drawing angry faces and wielding out their weapons out to pillage.

According to legend, the Kakamora were among the thieves and scavengers (alongside Tamatoa) who tried to steal the heart of Te Fiti. However, the legendary demigod Maui has beaten them to it, resulting his exile for thousands of years. Eventually, Maui was enlisted by a girl named Moana to help return the heart back to its original place.

However, being aware that the heart is in Maui and Moana's possession, the Kakamora sails off to confront the two, as their chief orders his posse to claim the heart by pointing his spear at it. Though Maui was able to fend the pirates off, the heart ends up being swallowed by Moana's rooster Heihei, who ends up being captured by one of the Kakamora warriors. The Kakamora then bring Heihei forward to the chief, who plans on extracting the heart from Heihei's body. However, Moana arrives to rescue Heihei by defeating the little pirates, much to the Kakamora chief's anger.

As Moana and Heihei return back to their boat, Maui uses his expertise in sailing in order to make the Kakamora ships collide and crash at bay. This leaves the Kakamora defeated as they end up being stranded at sea, never to be seen again.

The Kakamora Chief ordering his band to steal the Heart of Te Fiti.

The Kakamora Chief meeting his defeat after being accidentally darted by one of his warriors. 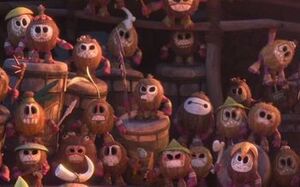 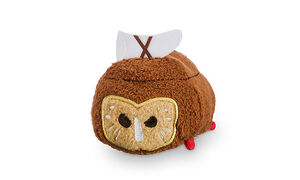 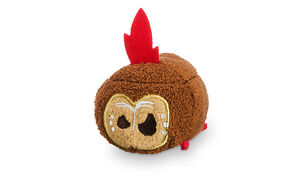 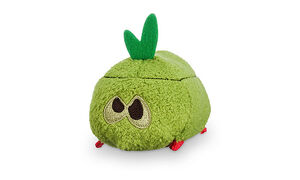 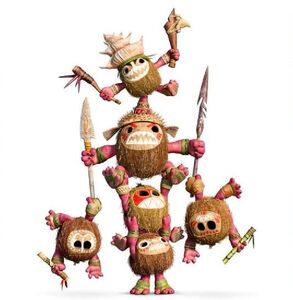