One of the Three Excellencies of Giga

Kaku Ashtaron is a minor antagonist in BB Senshi Sangokuden.

Kaku is usually dressed under in robes. When without robes, he look exactly like the Ashtaron Gundam. After absorbing the Dark Gyokuji, he became a giant scorpion monster.

Kaku is one of the member of The Three Excellence of Giga, who are elite strategists that faithfully followed Shiba-i, Shiba-i sent Kaku to Ryoushuu in order to take over it. Kaku, with his immortal army, invaded Ryoushuu, at some point, he pretends to be wounded and cause Houtoku, one of the deadly warrior to try to help him, than, Kaku used his dark power to awaken Houtoku's black blood, thus making him gone berserk and slaughtered innocent, than, Houtoku's friend, Bachou come to stop Houtoku, who than commited suicide by stabbing himself with Bachou's blade.  Kaku than retreated.

Kaku reappears after the reunion of the Five Tiger Generals, a group of five elite generals of Shou. At first, Kaku is able to overwhelm them with his immortal armies, however, with the return of Sousou, his armies are either came back to sence or destroyed. Kaku than decided to merge himself with yhe Dark Gyokuji, transforming himself into a giant scorpion monster, at first he had the upper hand, however, Bachou is soon able to learn how to control his black blood, and used this ability to slice Kaku in half, with his last breath, Kaku told the heroes that this is just the beginning before disintegrating. 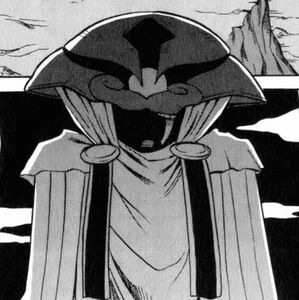 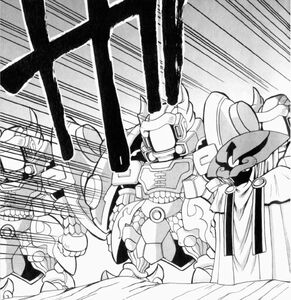 Kaku and his immortal squad. 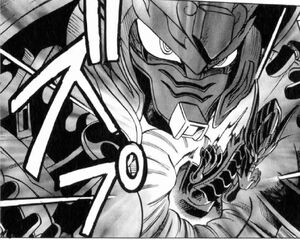 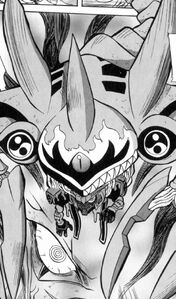 Kaku as a monster. 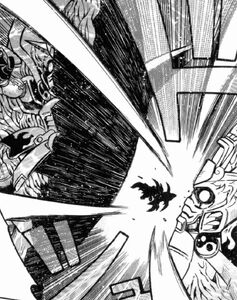 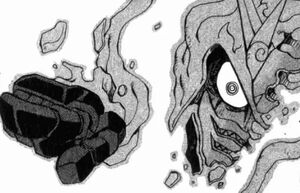 Kaku's demise.
Add a photo to this gallery

Retrieved from "https://villains.fandom.com/wiki/Kaku_Ashtaron?oldid=3525709"
Community content is available under CC-BY-SA unless otherwise noted.