Harnessing and performing his magic.
Keeping the birth and identity of his son Kal a secret.

Conquer both the Mortal World and Halloweentown forever.

Eliminate the Cromwell family.
Steal Merlin's Talisman and use it to increase his magic powers (all failed).

Kalabar is the main antagonist of the 1998 live-action Disney film Halloweentown and the posthumous overarching antagonist in its 2001 sequel Halloweentown II: Kalabar's Revenge. He is a evil warlock that hates humans, wanting to conquer their realm.

He was portrayed by Robin Thomas.

Years before the events of the story, a teenage Gwen went to a dance and fell in love with Kalabar. He also loved her, but Gwen turned away his love and married a human man instead. Sometime after this, Kalabar became mayor of Halloweentown.

Many years after this, Marnie, Sophie, and Dylan arrived at the city searching for Aggie before they met Kalabar, who got them a cab driven by Benny.

The three find themselves back at their grandmother's residence, where Aggie doesn't take them home quite yet, wanting to train Marnie to become a witch. However, she needs to take care of the "bad thing", a robed demon named the Shadow Creature. Aggie has Merlin's Talisman, an item that could destroy the beast, but when the brew didn't work, she sent the kids out to get ingredients. While there, Marnie bumped into Luke, a seemingly normal kid who was once a troll, before being transformed by a demon.

Getting a broom, both Marnie and Aggie ride it for a bit before running into a worried Gwen, who wishes who takes the kids back home. However, due to the fact she can't find a bus, she asked the mayor about what he could do, shocked when noticing it was Kalabar. When the man left for a short while, the siblings followed Aggie and Luke into a movie theater, worried about the former's safety.

Inside, they find a grizzly figure, the same hooded demon that Aggie once saw. The cloaked creature is the one behind disappearing Halloweentown citizens, who were transformed and then frozen. Freezing Aggie and Gwen with a spell, Marnie escaped with her fellow siblings, with the creature unable to follow.

Deciding to finish Aggie's task, she gathered the ingredients needed to activate the talisman. Succeeding, they soon dueled with the demon, revealing himself to be Kalabar, trying to convince the monsters to overthrow humanity.

With Luke, Marnie managed to save Aggie, Gwen, and everyone else frozen, the first three going to fight Kalabar. Angry that he was forced into his realm due to people not being able to accept his kin and that Gwen rejected him, he continues with the battle, Sophie and Dylan also joining in to defeat the beast. The five were too much for Kalabar, who perished to them, the heroes saving the day.

Kalabar himself is absent in the movie, but his son, Kal, follows his father's footsteps to defeat Marnie and her family. 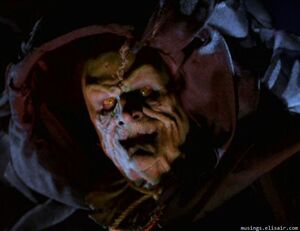 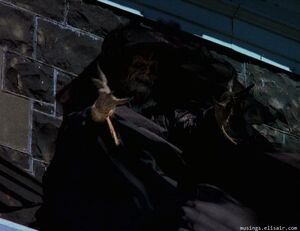 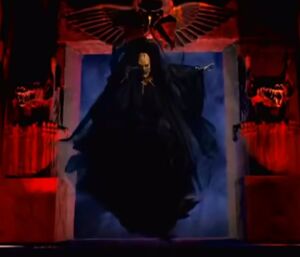 Kalabar as The Shadow Creature in the Movie Theater. 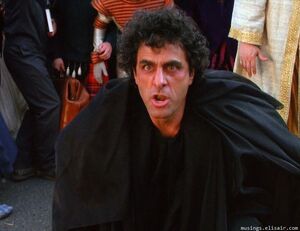 Kalabar unmasked as the Shadow Creature. 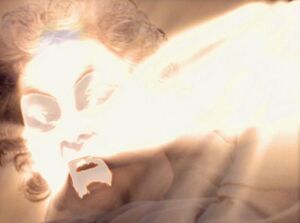 Kalabar's demise after succumbing to the good magic of Merlin's Talisman that was powered by the unity of the Cromwell Family. 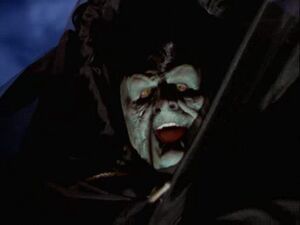 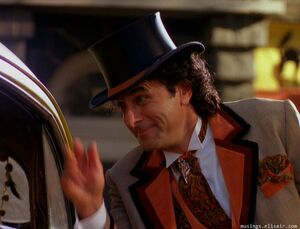 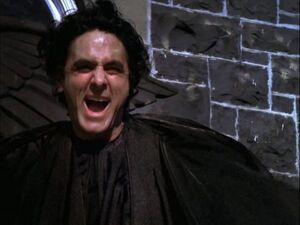 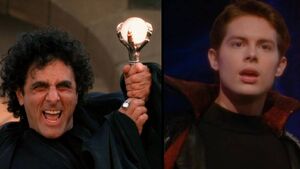