One of the Fallen Angels

To kill Issei and his harem.

To help Raynare in her goals.

Kalawarner was a Fallen Angel who allied herself with Raynare in her plot to steal Asia's Sacred Gear.

Kalawarner was a tall, sexy, and buxom woman with long, navy blue hair that obscured her right eye and brown eyes. Her outfit consisted of a violet, trenchcoat-like top with a wide collar, a matching miniskirt, and black heeled shoes. The trenchcoat top was open at her chest, giving view to her breasts and cleavage. She also wore a gold necklace around her neck.

Like all Fallen Angels Kalawarner has a pair of black angel wings protruding from her back which enable her to fly.

Kalawarner was shown to be an arrogant and cynical woman with a tendency to look down on her opponents. She is also cruel and manipulative, as she also made it her top goal to kill Issei, to go along with helping Raynare.

Kalawarner attacked Issei after the latter's first errand as a Devil (visiting one of Koneko's regular clients, Morisawa). Although she had the upper hand, she was forced to retreat when Issei activated his Sacred Gear (in its then-Twice Critical state) for the first time.

Later on, she, along with Dohnaseek and Mittelt, fought against Rias and Akeno during the Occult Research Club's mission to save Asia from Raynare. She was terminated by Rias' Power of Destruction after making fun of Issei for how he was treated by Raynare (then as Yuuma) on their first date, which provoked Rias. 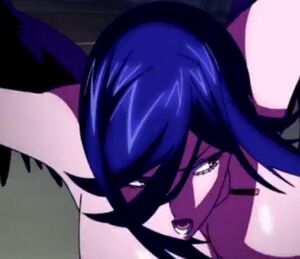 Retrieved from "https://villains.fandom.com/wiki/Kalawarner?oldid=4141406"
Community content is available under CC-BY-SA unless otherwise noted.