Goddess of Death, War and Annihilation

Overthrow Chrovos and the Titans (succeeded).

Kill the Reds and Blues (formerly).
Prevent the release of Chrovos.

Kalirama is a minor antagonist of Red vs. Blue: The Shisno Paradox. She introduces herself as the Goddess of Death, War, and Annihilation and seeks to destroy the Reds and Blues, who are supposedly chosen by "God" to save time. She is later revealed to be an AI created by Chrovos to enforce his will, but she and her siblings rebelled against him.

She is voiced by Lydia Mackay, who also provided the English voices for Kuroka in Highschool DxD, Ultear Milkovich in Fairy Tail, Angelina Durless in Black Butler, Sloth in the 2003 Fullmetal Alchemist, Narukami in Kamisama Kiss, and many more characters.

Kalirama is first introduced in the episode "Incendiary Incidents", where Donut informs the Reds and Blues that they have been chosen by God himself to go back in time and fix the past so that they might save the future, becoming his warriors and guardians of time. However, Kalirama travels through time and finds them, wielding swords, guns, and a human skull. She proceeds to introduce herself and threaten the teams. She then fires her blaster and destroys the pizza place the teams were headed to, causing them to angrily fire upon her. However, the bullets do nothing. She mocks them and fights back, but Donut puts up a magical shield to protect them.

Enraged, Kalirama grows to a massive size and attacks the shield with her sword. Donut gives the Reds and Blues time portal guns, and they all escape in pairs to different time periods. Kalirama eventually breaks through the shield just as Sarge and Simmons escape, leaving just her and Donut.

She appears sometime later at a meeting with all the other Cosmic Powers to discuss the Reds and Blues. Kalirama tries to tell Atlus Arcadium Rex that as long as they are protected, they cannot be killed, only for Atlus to angrily boast they are already dead so long as he wants them dead. 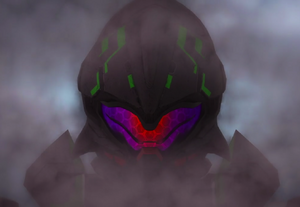 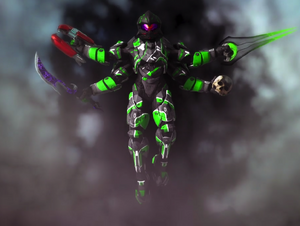 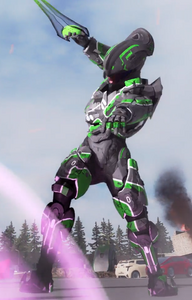 Retrieved from "https://villains.fandom.com/wiki/Kalirama?oldid=3962759"
Community content is available under CC-BY-SA unless otherwise noted.