Member of the Phantom Troupe

Kalluto Zoldyck is a villain from the manga and anime, Hunter x Hunter. He is the youngest child of the Zoldyck family, a family of assassins. He is the younger brother of Killua Zoldyck and Illumi Zoldyck. He also replaces Hisoka as a member of the Phantom Troupe.

Kalluto was born into the Zoldyck family. He was trained in assassination from a young age. He was stated to be jealous of his older sister Alluka. At some point, he was taught Nen.

Kalluto was present when Gon Freecss and his friends broke into the Zoldyck's property to rescue Killua. He grew curious when Killua stated that Gon would not be killed. Kalluto went to spy on Gon and his friends. He then asked Gon who they were, and Gon replied "Killua's friends", which confused Kalluto.

Kalluto helped his brother Illumi, and his great-great grandfather Maha kill the Ten Dons of the mafia. He also helped Illumi switch places with Hisoka, so Hisoka could try to fight Chrollo Lucilfer.

In Greed Island, Kalluto is introduced to Hisoka, who he replaced. He tried to sneak up on Hisoka using zetsu, but was detected. Kalluto used his abilities to track down a nen exorcist to heal Chrollo.

When the Chimera Ant Zazan took over Meteor City, Kalluto joined the Phantom Troupe to defeat the ants. The troupe made a bet that the first one to kill Zazan would become the temporary leader, and Kalluto thought he could succeed. He used his paper dolls to spy on the other members of the troupe. When attacked by a chimera ant, he used his confetti to torture the ant, then grew bored and killed it. He then watched Feitan kill Zazan, and realized that he was not as powerful as the other troupe members.

After Hisoka killed Shalnark and Kortopi, the rest of the Troupe boarded the Black Whale to hunt him down. Illumi, who had recently a member, came as well. Kalluto and Illumi searched the ship for Hisoka. They were cornered by the Zodiac Miziastom, and Illumi freely admitted that the Phantom Troupe were on the ship.

Kalluto is small, with a feminine appearance. He has short black hair. He wears a Kimono and Japanese sandals.

Kalluto has a silent and obedient personality, often seen doing what he is told. He is established to have a very good relationship with his mother. While he is very quiet, he has shown to be more talkative after joining the Spiders. He is also shown to be quite calm with good control of his feelings. Nonetheless, he proves during his fight against a Chimera Ant that, despite his calm demeanor, Kalluto has a brutal side and a bad habit of dragging out a fight in order to toy with his victims.

Though Kalluto seems to be confident, he also displays a habit of questioning his skills and abilities when he feels that he is not good enough. Despite this, Kalluto possesses an inner resilience and determination, as seen when he reaffirms to himself that he is accustomed to enduring pain and hardship, then swears to get his brother back even when realizing his massive inferiority to other Phantom Troupe members.

He seems to be quite loyal to his comrades as he offered to help Feitan in his fight against Zazan, but was rejected. Kalluto is said to be envious of his other older sibling Alluka, for reasons that have yet to be revealed. 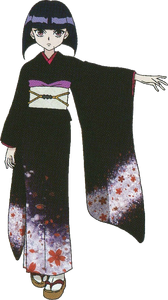 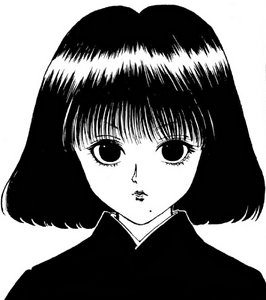 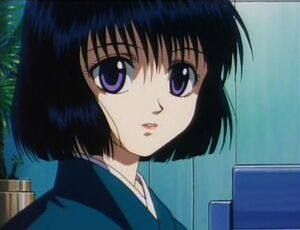 Kalluto Zoldyck smiles after the assassination of the Ten Dons. 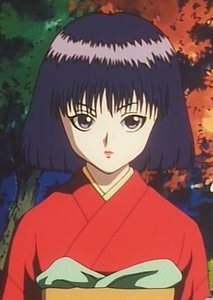 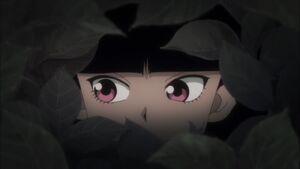 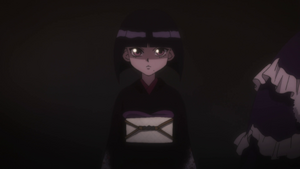 Kalluto appears with his mother. 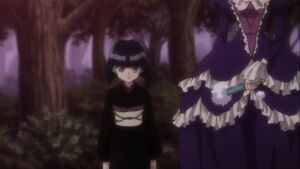 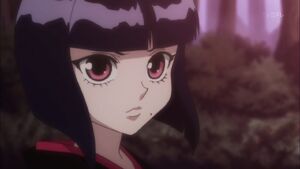 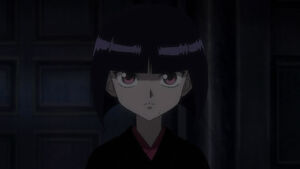 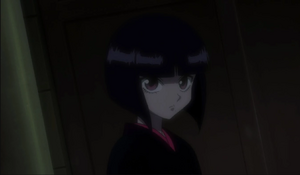 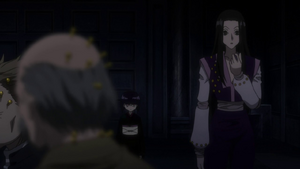 Kalluto with his brother Illumi after assassinating the Ten Dons 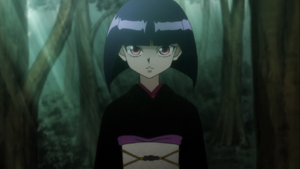 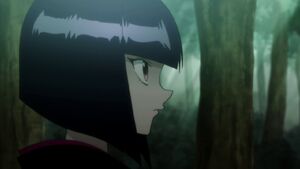 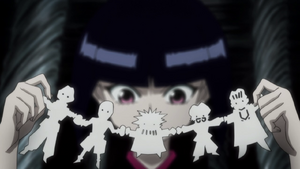 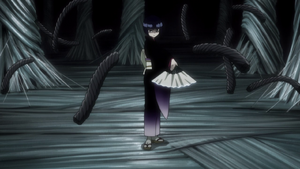 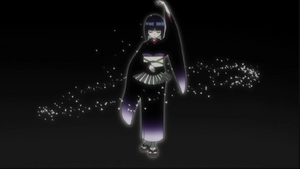 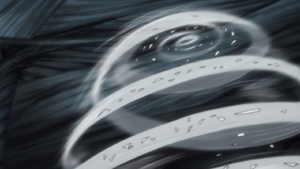 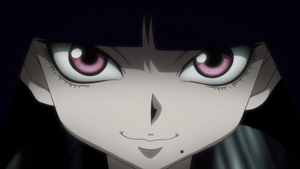 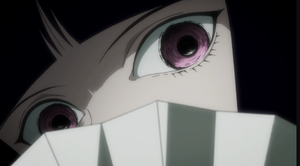 Kalluto shows his sadistic side 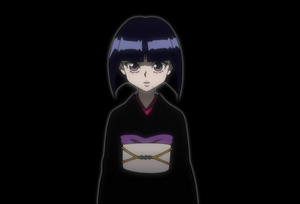 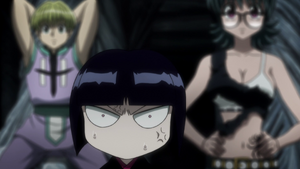 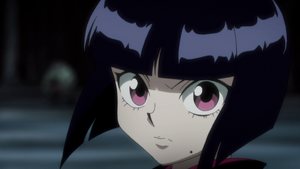 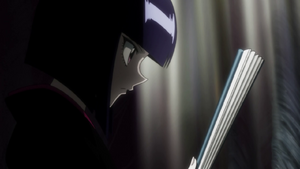 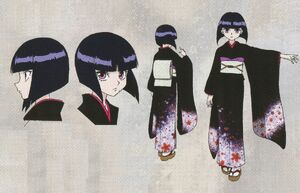 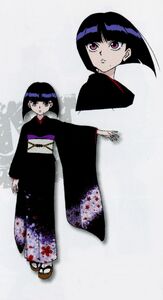 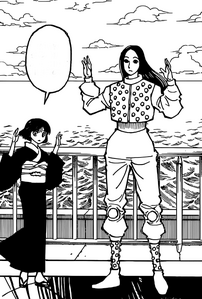 Retrieved from "https://villains.fandom.com/wiki/Kalluto_Zoldyck?oldid=3567524"
Community content is available under CC-BY-SA unless otherwise noted.