Leader of a pack of dogs in Hirsoshima

Kamakiri is one of the main antagonists in Ginga Densetsu Weed. He is the father of Akakamakiri, Kamajirō and Kurokamakiri.

He was voiced by Yoshitaka Kaidu.

Kamakiri is a gray Irish Wolfhound. He has yellow eyes (hazel brown in anime).

Kamakiri once belonged to a dog litter, but he was expelled with Stone and Shu for an unknown reason.

The trio was on the verge of hunger death, but Yukimasa with the packs found, rescued and took them into their packs. However, Kamakiri did not show gratitude but organized a coup, during which he slew Yukimasa and pierced Hiro, with another eye. Tetsu carried Hiro off Kamakiri's focus on Yukimasa, and this penalty Kamakiri later forced Tetsu's friend, Pedron, to kill Tetsu.

After becoming a leader of the flock, Kamakiri terrorized and subjected dogs all over Japan to get them to join their own flock. His flock increased in two years quite.

Kamakiri got three sons - Akakamakiri, Kurokamakiri, and Kamajirō and he beat both spouse and puppies. He tried to train them and blamed the mother if the kittens did not want to obey. The Kamakiri had also killed his close subordinate, Sakich when he had previously tried to defend Kamakiri's spouse. Eventually, Kamakiri's spouse and later also the puppies fled to him.

He allies with Hougen in the takeover of Futago Pass. After Genba's death, however, he develops ambitions of his own. Kamakiri is also the murderer of Hiro's father Yukima and tore out Hiro's right eye when he was a puppy, though he claims he does not remember when Hiro accuses him of it. He ripped off Jerome's left ear in episode 14.

Later on in episode 22, he was defeated by the vengeful Hiro, with his fangs and testicles ripped off. Before Hiro leaves, however, he told Kamakiri to head south where there was a high population of rats - prey easily to catch with no fangs. As Hiro leaves, Kamakiri attempts to bite Hiro on the back, but without his long upper fangs, he immediately loses his grip and slides to the ground crying in pain, despair, and defeat.

His death is later implied and confirmed, as Hougen mentions seeing birds circle the area where he had last been seen. 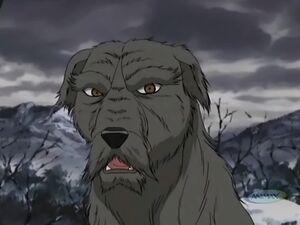 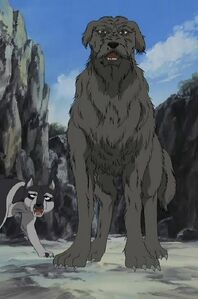 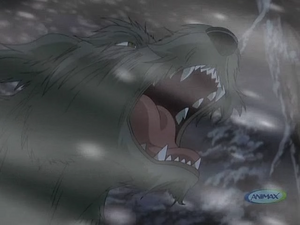 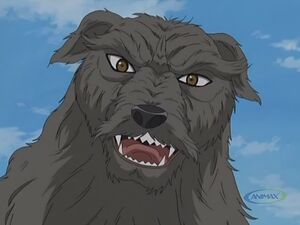 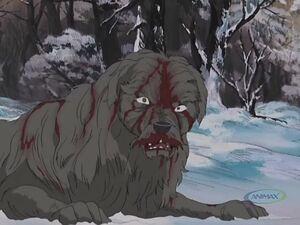 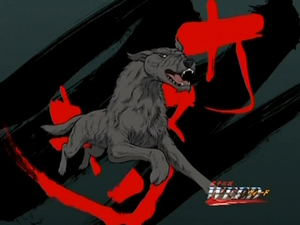 Retrieved from "https://villains.fandom.com/wiki/Kamakiri?oldid=3856476"
Community content is available under CC-BY-SA unless otherwise noted.