Being cheerful to the extent of being annoying to those around him.

Steal what he refers to as "treasures".

On & Off Rival
Daiki Kaito is a thief who travels the A.R. worlds and the deuteragonist of Kamen Rider Decade, as well as a recurring character in the Kamen Rider franchise. With his Diendriver he has the power to transform into Kamen Rider Diend.

Despite being nominally one of the main protagonists, Kaito has taken up an antagonistic role several times most notably in the film Kamen Rider x Super Sentai: Super Hero Taisen, where Kaito defects to the Shocker-Zangyack Alliance and becomes the pilot of the Big Machine as revenge to Tsukasa Kadoya for deceiving him. He later appears in Kamen Rider Zi-O, now wielding an upgraded version of his Diendriver called the Neo Diendriver.

After Tsukasa becomes leader of Dai-Shocker again to destroy all the Super Sentai teams and Captain Marvelous forms Dai-Zangyack to wipe out the Kamen Riders, Daiki sides with the Gokaigers to find out the reason why the two sides are fighting. After hitching a ride on the Den-Liner, Kaito and the Gokaigers travel to 1974 where they observe Akarenger defeat Baseball Mask. The Gokaigers bring Akarenger back to the present time where he meets Kamen Rider #1, but both are revealed to be GokaiRed and Decade in disguise after they lead the remaining Sentai and Kamen Riders to seemingly kill each other. After revealing their identities, the two seemingly finish off Joe and Kaito.

However, Marvelous and Tsukasa are revealed soon after to have only been pretending in order to unearth the Shocker-Zangyack Alliance's true plan, to construct the Big Machine mecha from the Super Crisis Fortress and Gigant Horse and to use it to conquer the world. Despite Tsukasa's betrayal having been a facade, Kaito, angry at Tsukasa for deceiving him, takes control of the Big Machine to get revenge. While powerful, the Big Machine was destroyed by the combined powers of the Go-Busters' mecha and Kamen Rider Fourze. Defeated, Kaito gives Tsukasa back his camera before heading off.

Daiki Kaito first appears in Zi-O in the "Blade" tribute arc, where he steals most of Sougo and Geiz's Ridewatches. After being beat back by Kamen Rider Woz, Kaito decides to allow the two to have back their Ridewatches, but makes off with the Geiz and Zi-OTrinity Ridewatches. Kaito delivers his loot to his apparent employer, White Woz, but White Woz voices his annoyance at Kaito that the Woz Ridewatch isn't among them. Kaito responds by saying that he only steals items that interest him and that if he wants the Woz Ridewatch back he should just steal it himself. White Woz then directs reality so his black counterpart encounters Kaito again. In the ensuing fight, Woz manages to recover the Geiz Ridewatch after becoming Kamen Rider Woz Futuring Shinobi and outmaneuvering Diend with a fake dummy.

Kaito later appears after Another Blade was defeated to claim White Woz's tablet. He reveals to Sougo and co. that he was hired by Oma Zi-O to deliver a message to them and presents the Demon King's recording to them before heading off.

Diend reappears to steal Another Zi-O II's Anotherwatch. But as he makes his escape, Diend is stopped when Swartz freezes his time and gives back the Anotherwatch to Another Zi-O. After his transformation is reverted, Swartz offers to give Kaito the "power" he desires in exchange for making himself useful and forcibly grants Kaito the power to freeze time.

With his new powers, Kaito tests them by freezing Zi-O so he can steal the GrandZi-O Ridewatch from him. After claiming the Ridewatch, Kaito exits the scene. 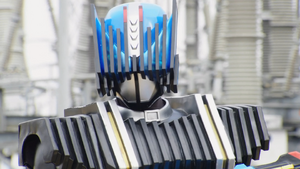 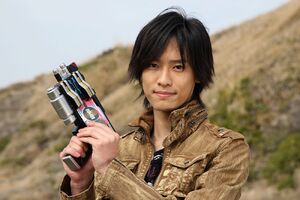 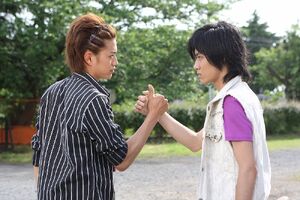 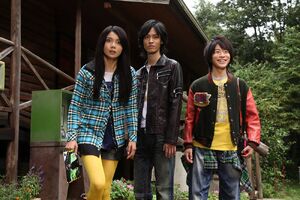 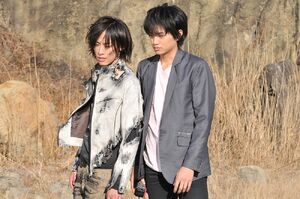 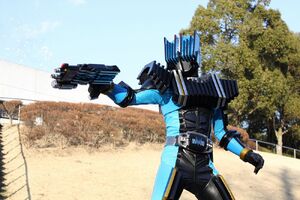 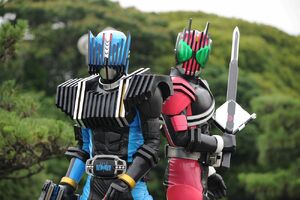 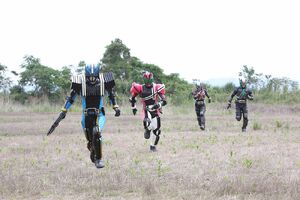 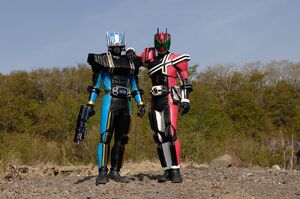 Retrieved from "https://villains.fandom.com/wiki/Kamen_Rider_Diend?oldid=4322270"
Community content is available under CC-BY-SA unless otherwise noted.