Become the strongest being alive.

Kamui is a member of the Yato Tribe as well as the son of Umibouzu and the elder brother of Kagura. He first appears as the secondary antagonist of the Yoshiwara in Flames Arc and later, after his alliance with Takasugi, becomes one of the main antagonists of the series.

He was voiced by Satoshi Hino.

Like all Yatos he has smooth fair skin, his body is also well developed, with strong and flexible toned muscles. Also like his sister, Kamui has blue eyes and vermillion colored hair, albeit his reaches his lower back and is always tied in a braid. It has been shown that women find him very attractive considering how much attention he attracted when he first arrived to Yoshiwara. He wears a traditional uniform used in Chinese martial arts, with a black and white top sporting elbow length sleeves, and gray pants that reaches the middle of his lower leg. He usually carries an umbrella with him to shield him from the sun, as well as to act as his weapon. He almost always wears a cheerful smile on his face, even when he is killing, saying that everyone deserves a last moment of peace.

Kamui is always eager to fight with anyone who looks powerful. He firmly believes that the Yato are to remain on the battlefield and shows disapproval of Housen staying locked up in Yoshiwara. Because of this belief, he is pitiless and unsympathetic towards family or subordinates as signs of weakness are unacceptable. He tried to revive the abandoned tradition of a Yato clansmen killing their own parent to prove their strength, although he failed to kill his father, if not for his sister Kagura intervening he would have been killed.

He always pays his respects to the opponents he kills by sending them off with a smile. Also, by his own words, he doesn't kill children or women. The reason behind this habit of his is on the pretense that all children have the potential to become exceptionally strong and forceful, to fight him one day, and that women can give birth to strong children.

He first appears in Yoshiwara on the pipe walls together with Abuto and Ungyou where they confront Gintoki and the others to retrieve Seita. He had arrived to meet his former master and wishing to meet the woman who made his master "weak". To do so, he planned to kidnap Seita just as he and the Yorozuya were being shown a route out of Yoshiwara to use as a bargaining chip. Kamui reunited with his little sister Kagura but without hesitation, attacks her from behind and ending up destroying the pipe walls.

Later on, Kamui meets with Housen as they speak about his past. Kamui then displays a captured Seita and request a night with Hinowa, much to Hosen's animosity. Kamui further angered Hosen by calling Yoshiwara a heaven he had made for himself, a prison for an old man to keep his cute little dolls. An angered Housen tells Kamui to be quiet several times but when he refuses he smashed him into the ceiling. However, the one who got smashed into the ceiling was one of the female servants, as Kamui had switched places with her when Housen tried to hit him. Kamui and Housen then begin to fight, much to the dismay of Abuto and Ungyou's opposition. Housen gets the advantage at some point, but Kamui calmly turns the table and fights back, putting them on equal footing. Kamui and Housen then clash, hoping to land a powerful strike. The fight is then interrupted by Ungyou and Abuto who stands in both their ways for attack. Kamui accidentally ended up killing Ungyou with his attack, as Abuto ended up losing his left arm to Housen. Abuto claims that it was a small price to pay for interrupting the fight. Kamui than leaves and tells Housen that he is not worth killing as he can rot and die in his Yoshiwara world.

Kamui then searches for Seita, he then helps him by brutally killing the Hyakka soldiers. Kamui then tells him that he will help him meet his mother and show him the way to Hinowa's chamber. On the way, several Hyakka soldiers try to stop them, but each everyone got easily killed by Kamui in a brutal way. Kamui explains that he dislikes killing women, as they can give birth to children who can grow up to become strong one day. Kamui and Seita then arrive at Hinowa's chamber as Kamui steps back to let Seita meet her himself. After both Housen and Sakata Gintoki arrive, they begin to fight. Kamui sits at the sidelines and watches, very impressed by Gintoki's power. He takes credit for Housen's death and so is appointed as Yoshiwara's new Overlord. He has no interest in the city, however, and became its ruler solely to prevent anyone from getting close to Gintoki. Before leaving, he tells Gintoki to heal up and become stronger, because he wants to fight him when he's at his best.

Kamui is brought in by the Harusame under the pretense that he will be helping to execute Takasugi Shinsuke of the Kiheitai, when the actual target was Kamui himself. After Kamui is captured, (with the help of Takasugi Shinsuke) he is placed in a cell to await his execution. While there Takasugi comes to visit him in his cell, they end up talking and implies that he might be thinking of releasing him. At the execution, Takasugi volunteers to kill Kamui himself only to instead free him from his bonds. Then the Kiheitai and 7th Division both assault the Harusame ship, overwhelming the space pirates. Kamui and Takasugi form a partnership and leave for Earth.

Kamui and Takasugi arrive on earth to carry out their plan of assassinating the shogun.

Kamui possesses amazing natural and instinctive fighting abilities, and tremendous physical strength, speed, durability, reflexes, agility, flexibility, endurance and senses all of which far surpass human capabilities. Kamui himself is among the highest elite of the Yato equal to, otherwise greater than Housen and Umibouzu, meaning his abilities far exceed that of an average Yato.

Supernatural Condition: He possesses tremendous levels of strength, speed, durability, endurance and agility. His body is so strong, it's capable of easily tearing through flesh and bones. He is also considered to be the strongest member of his race, as his abilities far surpass that of any member of the Yato Tribe.

Supernatural Combat: Instead of relying on brute force alone, Kamui is shown to be very acrobatic in his movements and skillful in his attacks. Even during his fight with Housen he was able to deal more damage than he took, further showing how capable he is in combat. 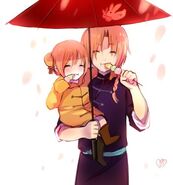 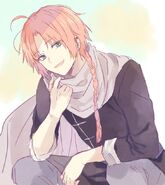 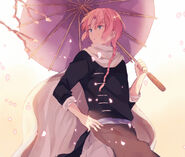 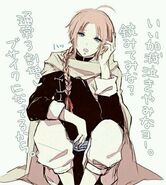 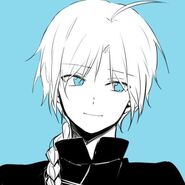 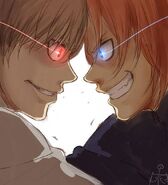 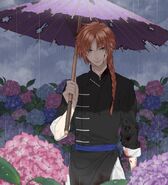 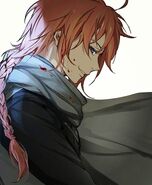 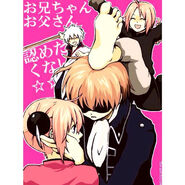 Retrieved from "https://villains.fandom.com/wiki/Kamui_(Gintama)?oldid=3705031"
Community content is available under CC-BY-SA unless otherwise noted.