Proficiently in weapons and knives
Command of an army of North Korean soldiers and mercenaries
Command over a group of computer hackers
Control over Project Cerebus as his ultimate weapon
Physical strength, speed, agility and fighting skills 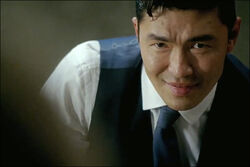 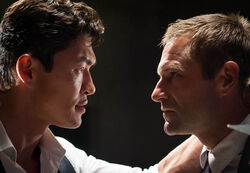 Kang with a handgun

Retrieved from "https://villains.fandom.com/wiki/Kang_Yeonsak?oldid=2332419"
Community content is available under CC-BY-SA unless otherwise noted.