Killing enemies with his revolver.

A Laotian warlord who gained an infamous reputation for his temper and brutal methods, Naga was recruited into the Perseus spy network to move weapons of mass of destruction across the globe. After establishing supply lines from his vast connections, Naga worked with Vikhor "Stitch" Kuzmin to secure Russell Adler to Verdansk to continue "Perseus's" plans.

Kapono Vang was born on May 29th, 1950, in Thakhek, Laos to unnamed parents, and started to become a drug lord around the mid-1970s. After making a power grab, Vang became a warlord and drug cartel boss once he made a fortune from trafficking narcotics and weapons through the Golden Triangle in Southeast Asia. Getting the nickname "Naga", Kapono became a ruthless drug lord, becoming the leader in the criminal underworld in Laos. Naga gained vast connections and resources due to his control, and became feared in Laos for his short temper and brutal methods.

Due to his infamous reputation and being an authority figure in the Golden Triangle, the rogue Soviet agent "Perseus" became interested in Naga and decided to recruit him for his spy network. It's assumed that Naga left the warlord business to work for "Perseus", and was tasked by the agent to move WMDs around the globe to establish supply lines. Naga succeed in doing so, and would smuggle and distribute Nova 6 gas throughout Laos and around the globe. In 1984, Naga was working with Vikhor "Stitch" Kuzmin, who captured Russell Adler three months prior to enact his revenge on the CIA agent. "Stitch" dropped Adler to Naga while he traveled to Verdansk, tasking the warlord with keeping Adler prisoner and presumably tortured him.

In April, Naga saw a CIA rescue team come in overhead in a helicopter, and warned "Stitch" about their arrival and that Adler was secured and was ready to sent to Verdansk. Stitch then ordered Naga to make the rescue team believe they cared about the Nova 6 supply lines, and set his troops upon them. After ambushing the rescue team, Naga escaped while the CIA team went to a nearby village and gained intel from Perseus troops on Adler's new location. 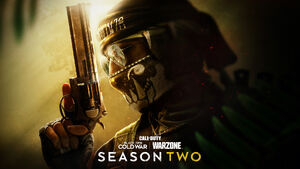 A promotional image of Naga for Season 2. 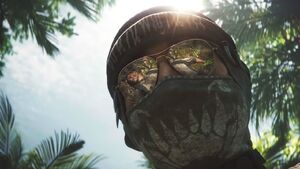 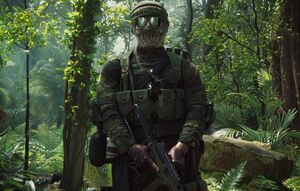 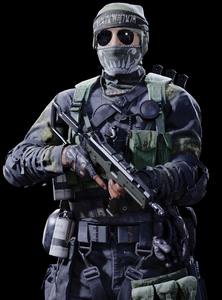