Lord of the Inner Pits

Regaining freedom from his imprisonment.
Ruling.

Karkull, also known as Lord Karkull and the Lord of the Inner Pits, is the main antagonist of the Superman: The Animated Series episode "The Hand of Fate".

He is the demonic seventh-level Lord of the Inner Pit. A magical creature, Karkull is capable of hurting even Superman and he was once a foe of Doctor Fate.

He was voiced by Ted Levine, who also played Buffalo Bill in The Silence of the Lambs, General Russell Woodman in Evolution and Ken Wheatley in Jurassic World: Fallen Kingdom.

How Karkull managed to escape the Inner Pit is unknown, however, his first escape was foiled by Doctor Fate who trapped him within a tablet via the magic of a mystical amulet called the Artifact of Lorta.

About 100 years after his imprisonment, Karkull was accidentally released by a thief that had come across the artifact and read its inscriptions out loud. Freed once again and emerge in the 20th century, Karkull crushed the relic and began a rampage in Metropolis catching the attention of Superman. After a brief battle, Karkull managed to scratch Superman and cast a spell of protection around the Daily Planet Building.

Now safe from any opposition, Karkull began casting a spell that transformed the building into his own realm. Once his spell was completed, Karkull opened a portal to the inner circle and began to summon demons with which to possess and transform humans into demon slaves.

However, before Karkull could extend his influence outside of the building, Superman arrived to stop him. Unfortunately, Superman was unable to defeat Karkull alone and nearly fell in battle. It was then that Doctor Fate arrived to stop him once more. Karkull fought Doctor Fate furiously and was horrified to see that the Artifact of Lorta had been reconstructed. Desperate not to be captured again, Karkull attacked Fate, causing him to drop the tablet down toward the portal. Fortunately, Superman managed to retrieve the tablet before it was lost and Doctor Fate finished the containment spell. Karkull was once again drawn into the tablet and his demons were drawn in with him. His influence was removed from the building and he is presumably still trapped.

As a demon lord, Karkull possessed vast magical abilities. He was able to fire out bolts of green magical energy which were capable of harming Superman, who had a weakness to magic. This magic was also capable of completely destroying an entire police unit, which indicates he could control the intensity of the blasts.

Karkull was also considerably strong, having strength enough to rival Superman and scratch him with enough force to cause him to bleed. He was also nigh invulnerable. In spite of being vulnerable enough to be pushed back by a vehicle hurled at him, Karkull showed no signs of injury and was only momentarily incapacitated.

Perhaps Karkull's greatest show of magical ability, however, was his surrounding the Daily Planet with a force field of magic that could only be opened by magical means such as incantations. He was also able to transform the building into a version of his own realm and summon demons, which would possess and transform humans into forms that were capable of harming Superman. 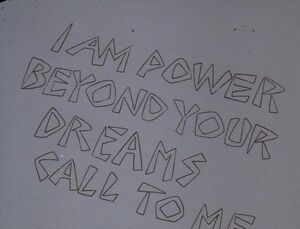 A stone tablet which Karkull was trapped in reads "I am power beyond your dreams. Call to me.". 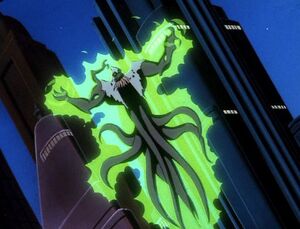 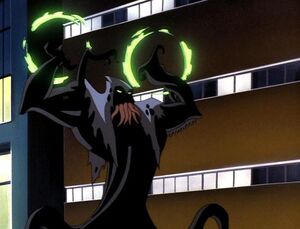 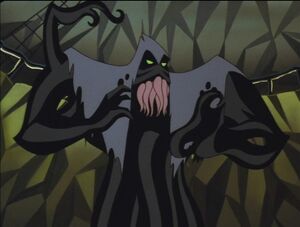 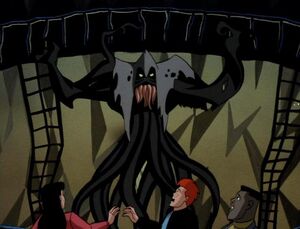 The Lord of the Inner Pits aka Karkull. 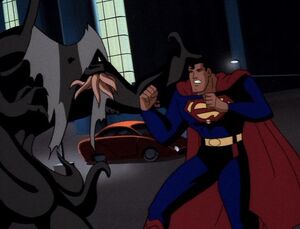