Statue of the Castle of Nations

Playing the violin
Fighting other contestants

Defeat all contestants and win the Law of Talos competition to acquire his wish for unlimited energy and break away from the control of the Castle of Nations.

Misanthropic Weapon
Karl is the main protagonist villain of the "Law of Talos" series. He is an animated statue from the fictional amusement park, "Castle of Nations". He runs on magical energy from the Castle, who is also in the Castle of Nations. His creator, Unknown-Person, created flashes on deviantART, depicting Karl in a OCT (Original Character Tournament) called "Law of Talos". His raven, Arma, is made out of the same material that Karl is made of. It has the ability to shapeshift into various weapons of Karl's choice, and the ability to mend Karl when a part of his body is broken. He is Climber's archenemy.

Karl entered the tournament because the winner gets a free wish. He planned to wish for an infinite energy source, so that he would never run out of energy. As fights pass, he keeps losing energy.

The "same mistake" mentioned in the second and final rounds is the mistake of wasting energy.

During the rounds, he is also shown to be a liar, and a psychopathic murderer.

In the final round, he made the same mistake again and was struck in the side of the head by Annie, concluding his tale.

In the end, he never won or got the energy source as he planned to.

Karl is depicted as a man who is symphatetic, and possesses polite manners when he meets people and opponents alike. However, this masks his true, darker nature as a liar with traits that fit for typical yangires that is immediately revealed once his foes are distracted: Karl is manipulative, psychopathic, murderous, and often- if not always- unpredictable. Albeit the fact that he is not as agressive or wrathful as most typical yangires are, he is still one of the more dangerous opponents and a yangire in his own right: able to pretend to being friendly with competitors as the decoy before attacking them. This is what he did to Mizuno, Steffi, and Chimbley; he pretended to apologize to a security officer before decapitating him, and he turned the tide of the battle when his collar- which he used to play the violin- was broken. Either way, he is deadly; even Climber, who appears to be his good counterpart, is unable to comprehend his dark nature.

In Round 3, he asks Rellik the following question: "How long do you think she'll be your friend? As long as it's convenient. That's how humans are, and you're wasting your time and effort trying to help her when you could be free." That statement suggests to us that he thinks all humans are selfish based on his perception of the red-headed woman- Rachel's- actions.

As the time goes on, images of a red-headed woman flash by. The woman in question is mentioned in Round 3. Many have speculated that that woman is Karl's dead girlfriend. In Round 5, Karl vs Professor Part 1 of 2, you can see images of a man with a gun, the red-headed woman in shock, and Karl with an eyepatch where his scar is looking completely saddened and shocked as well. Nobody knows about his past for sure, so it is up to speculation of what happened. In the end, we might never know what events took place. Despite the uncertainty, these flashbacks are hinted to be the reason why Karl turned into a Yangire. It also reveals that the reason he kills and despising humanity, were simply out of means.

Karl is also acrophobic- afraid of heights- due to the fact that he would likely shatter and die. This is shown in rounds 4 and 5.

Being an inorganic humanoid competitor, Karl is inhumanly agile and strong. He has a defunct physiology- meaning that he is unable to feel physical pain.

Despite this, Karl does have a few weaknesses. For example, he staggers when running low on energy- and is completely unable to move without an energy source. Not only that, but his body is made of resin; if it cracks, a dismembered part would limit his fighting capability. This weakness can be countered by Arma, to a small extent, as the cement statue is capable of shapeshifting into various weapons- replacing the detatched limb.

Arma is able to shapeshift into anything- including weapons. It has changed into an axe, a pickaxe, a sword, and a javelin. The combined abilities of Karl and Arma make them a challenging enemy to face. 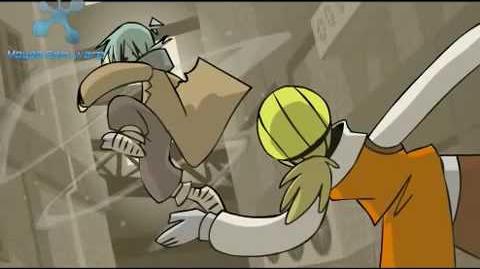 Law of Talos Round 1 Karl vs Mizuno
The first round. 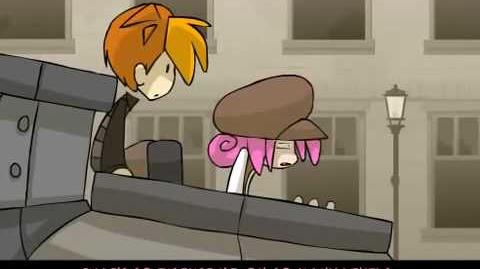 Law of Talos Round 2 Karl vs. Steffi
The second round. 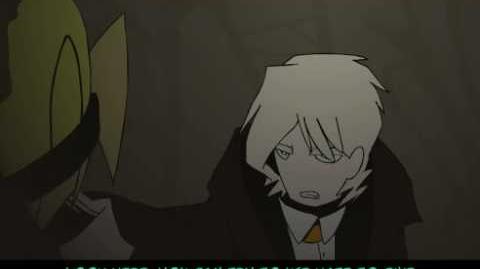 Law of Talos Round 3 Reuploaded
The third round. 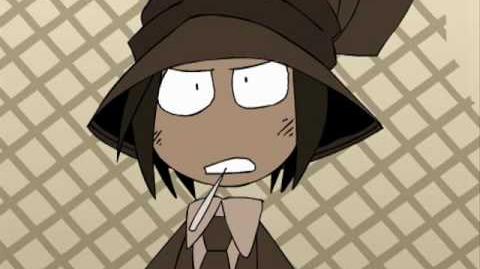 Law Of Talos - Round 4 Karl VS Chimbley Sweep-0
The fourth round. 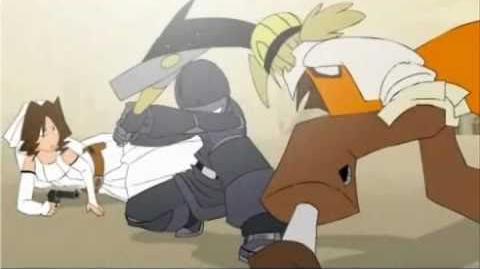 Law of Talos- Final round! Karl Vs professor Ginger and Annie
The Final round, the first and second part.
Add a photo to this gallery
Retrieved from "https://villains.fandom.com/wiki/Karl_(Law_of_Talos)?oldid=3774649"
Community content is available under CC-BY-SA unless otherwise noted.