Transform the Zenkaiger's dimension into a world of Kashiwa Mochi.

He was voiced by Atsushi Abe, who also voiced the Great Kashiwa Mochi World.

The Kashiwa Mochi World made his first appearance late one night as he began his scheme of making everyone to be addicted to these delicious Kashiwa mochi, and if they don't defeat him anytime soon, they'll have a riot on their hands.

However, during the duel between Kaito and Zox, both Gaon and Magine has fallen under the influence to this robot's ability because earlier in the episode, both of the kikainoids as well as Flint has eaten the treats and now they wanted more mochi. He then appeared in the city as a bunch of civilians demand more mochi from a shop owner, who tell them to head to a nearby supermarket that carries it.

A while later, both Vroon and Juran arrived at the scene of the crime as all of civilians are clamoring for mochi and hopes to alleviate the situation until the Kashiwa Mochi World told the them that if they beat up the Zenkaigers, they would have their hands on more mochi, causing them to begin to fight them until Zox and Kaito arrived to stop the Kashiwa Mochi World. Zox asked the robot if he's the Kashiwa Mochi World, and as he said yes, Zox told Kaito then declared the first person to defeat the robot wins. 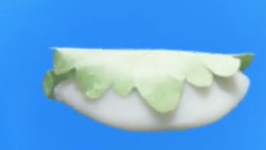