Katie Ka-Boom is a character on Steven Spielberg Presents Animaniacs and the main antagonist of one of the show's side segments titled Katie Ka-Boom. Though she is not inherently evil by design, she is callous and self-absorbed enough to be a serious threat to those around her.

She was voiced by Laura Mooney.

Katie appears to be a beautiful sixteen-year-old girl dealing with the life of an average suburban teenager and, like most teenagers, is prone to over-dramatics, angst, random mood swings and egomania. Unfortunately for her family, Katie is capable of shape-shifting into large, vicious monsters (whose forms usually relate to the cause of her anger) and generating natural disasters when she gets angry.

While having a daughter/sister that stresses over things like driving tests and dates is normal, Katie's family know to go into full lockdown when such incidents occur. Katie's tantrums transform her into various monstrous forms and herald explosions, tremors and energy blasts. The cause of Katie's supernatural powers is never touched upon and really just creative license given for how teenagers get.

Her parents and brother appear to be normal humans, although her mother describes Katie's outbursts as a phase, meaning she will grow out of it. This could mean one or both of her parents had similar transformations when they were her age, but that would also mean Katie's brother may go through the same phase when he becomes a teenager. Regardless of cause, Katie is a menace to her entire neighborhood, often with her parents and brother at ground zero of Katie's acts of destruction. Yet for some reason, none of her neighbors seem to really notice or pay much mind to said destruction when they come around soon after Katie calms down.

Being a typical teenage girl, she’a very dramatic and emotionally difficult. When she's in her normal state, she's actually is a very beautiful and nice girl. Though when she goes "ka-boom", she turns into a destructive monster, literally.

In human form, Katie is a teenage female. She appears to be 16-years-old and has a short blonde bob. She has a light blue shirt that somewhat hangs from her shoulders, pink pants and blue slip on shoes. She also wears pink lipstick on her lips.

Before she changes into a monster her eyes glow, her voice changes and she grows. In monster form she seems to be able to change into different forms. As one monster she looks like a green monster and her clothes are ragged, but she has also been seen as a fiery monster. More often than not, the transformation is related to the upsetting situation, such as a giant telephone monster when her friend calls her and her dad forgets to tell her the message, a Big Daddy Roth-esque hotrod monster during a driving lesson, a giant green monster with a huge pimple and a beast in a prom dress for when arguing about Katie's curfew for staying out late during prom night. However, after she explodes, she is fine and her clothes are unaffected while the rest of her family and nearby surrounding is completely ruined.

Katie doesn't seem to be aware of her exploding and turning into a monster after she has blown up, but she might just not come on it. During her transformation she'll deny her parents statements that she's a monster, saying "I'm not overreacting, I'm a teenager!". 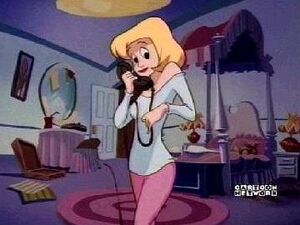 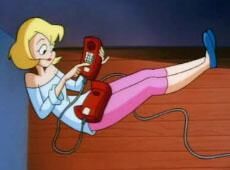 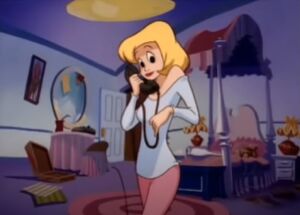 Retrieved from "https://villains.fandom.com/wiki/Katie_Ka-Boom?oldid=3890176"
Community content is available under CC-BY-SA unless otherwise noted.