Obstruction of execution of public affairs

Kazemi is a kingfisher-themed Gangler Monster and a minor antagonist in the last episode of 2018 TV series called Kaitou Sentai Lupinranger VS Keisatsu Sentai Patranger. Also he is equipped with a clock-like treasure called Hier une fois de plus.

He was voiced by Hikaru Midorikawa.

Kazemi made his first appearance when he along with a couple of Pordermen attack a ball room however with the arrival of the Patrangers they would battle Kazemi, but without the Lupinrangers getting that treasure out of the safe will never be easy.

However due to the arrival of the now freed Lupinrangers (thanks to Jackpot Striker by using his ability by mind-controlling Dogranio Yaboon into opening his safe while he was shackled to a wall) they along with the Patrangers.

The two teams now working together as one battled Kazemi and the Pordermen and during the battle Kairi hacks into Kazemi's safe (which his password is 5-0-2) and stole Hier une fois de plus (which translate as "Yesterday Once Again") clock and after that he has either got destroyed or sent to prison. 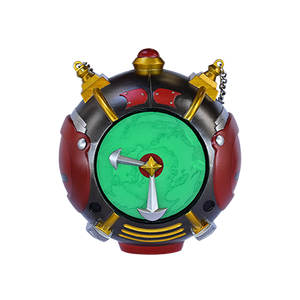