Assassin of the Hachijo clan

Taking care of her pets.

Destroy the Mishima clan for the Hachijo clan (failed, killed by Heihachi Mishima).

Kazumi Mishima Is the posthumous overarching antagonist of Tekken Series where she was the one responsible for the events occurred in the series, and causing the corruption of Heihachi. This also led into the origins of Devil Gene, and she was a bearer of the Devil Gene, an ancient curse created by Azazel. Her demon alter-ego living in her body, Devil Kazumi, is believed to be the origin of Devil and Devil Jin. The Devil humanoid forms are mostly considered manifestations of the same entity, the Devil.

Kazumi is described in her introduction gameplay as being a serious and very determined woman who is ready to fight her opponents along with her pet tiger but she is also mysterious, cunning and seductive as seen in her pre-quotes when she calls her husband, Heihachi. Especially when she summons her pet tiger to attack her opponents. Another of her pre-quotes is shown that she was very sad and disappointed implying that she becomes very upset towards her husband for his actions. In one of her win animations, however, she becomes calm and a worrywart and can sense other presences known to her probably her own son, Kazuya who thinks she was dead and she can't accept her fate because of her Devil Gene. Although when she faces her son in a fight, she convinces him to use his powers which is enough to wake up the city despite the latter wanting to gain more power as his own. Another one of her pre-quotes is shown that she formally bows to her opponent and kindly wants to accept her kindest regard. But in one of her win animations where she calmly wonders while walking away to her defeated opponent and becomes impressed with her opponent's moves.

An interesting note is that Kazumi also shares her husband Heihachi's likeness to train their pets to fight their opponents which both had an affinity for animals. In Kazumi's case, she trains her pet tiger which she can summon as she pleases as part of her combo moves, unlike the latter who trains Kuma but not being summoned.

In one of her win animations, she is shown to pet her tiger happily after defeating her opponent. Same goes to her devil form, Devil Kazumi who happily pets her white tiger.

Kazumi joined Jinpachi Mishima's dojo to devote a countless amount of time training. She became a sort of rival with Jinpachi's son, Heihachi. The two became inseparable friends, and eventually fell in love and got married. They give birth to Kazuya, and Kazumi was overjoyed and doted on her son. On one fateful day, Kazumi fell ill after one of training regimens. On the next day, she recovered, but she had now developed a split personality, with one side being human and the other being unnatural.

Kazumi's unusual behavior escalated until one day, she attacked Heihachi during his training with the intent of killing him. In self-defense, Heihachi fought her and incapacitated her. Kazumi was defeated, but her devil form revealed herself to Heihachi and attacked him again, only to be surprisingly defeated by Heihachi. Devil Kazumi found herself caught by the neck by Heihachi. She then warned Heihachi that would start a never-ending cycle of hatred if he killed her. In her final breath, Devil Kazumi told Heihachi that if he loved her, he would release her. In rage, however, Heihachi declared that she is no longer his Kazumi, and crushed her neck, killing her.

In Tekken 7: Fated Retribution during Akuma's reveal trailer, Kazumi is shown to have an antagonistic side towards her own husband and her own son while she was talking to Akuma which she tells him to kill both of them for their absolute power as Akuma made a promise to "repay her debt" when she was killed. This behavior is also seen in the Story Mode when she becomes hostile towards her husband and sadistically mocks him for marrying her in the first place. This is due to her family's plot to kill him.

It is later revealed that Kazumi truly loved her new family, but since the Hachijo clan have existed to keep overambitious men like Heihachi monitored and kill them when deemed too dangerous, leaving her emotionally conflicted. As much as she loved her husband and Kazuya, she was prepared to sacrifice them for the good of the world, foreseeing that Kazuya would go down an evil path if she failed her mission. And to that end, she surrendered herself to her Devil form to gain the power to kill Heihachi when he initiated a hostile takeover of the Mishima Household. An act that would end in failure and her death.

In the end, as she is now currently a ghost after her physical body is dead, she herself feels extremely guilty for following her family's order and being the one who caused Heihachi's downfall when he regrettably kills her and inflicted the conflicts on his entire family, as seen in her Japanese website profile. 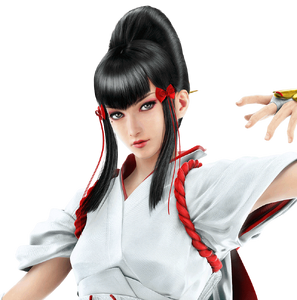 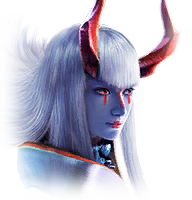 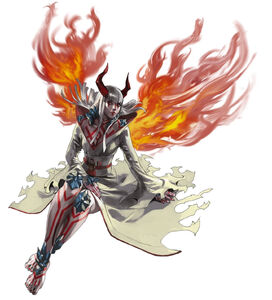 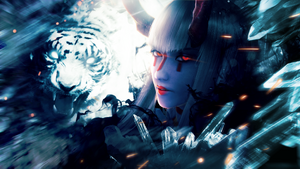 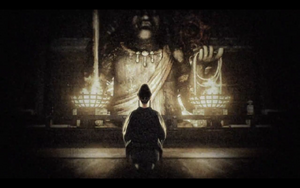 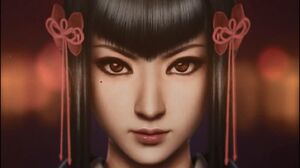 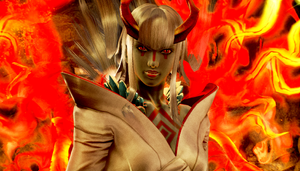 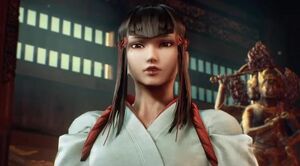 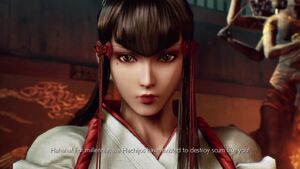 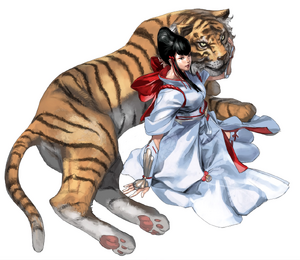 Kazumi and her pet tiger. 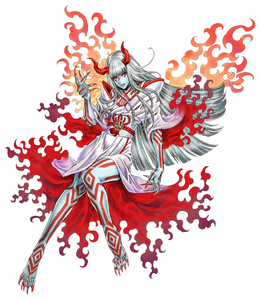 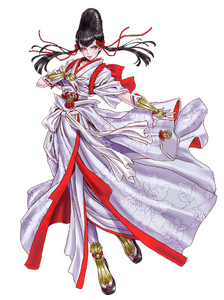 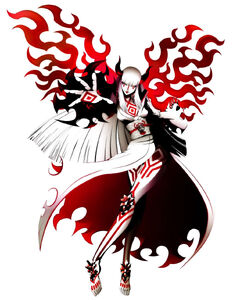 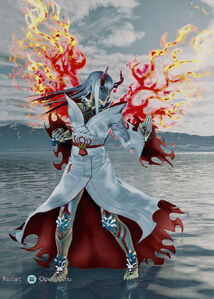 Add a photo to this gallery
Retrieved from "https://villains.fandom.com/wiki/Kazumi_Mishima?oldid=4287785"
Community content is available under CC-BY-SA unless otherwise noted.