Villains Wiki
Register
Don't have an account?
Sign In
Advertisement
in: Marvel Villains, Agents of S.H.I.E.L.D. Villains, Enforcer,
and 31 more

Assist Grant Ward in his goals.

He was portrayed by Daz Crawford, who previously played Lighthammer in Blade II.

Kebo was contacted by Grant Ward, who requested him to find any remaining heads of HYDRA. When done, Kebo and three of his colleagues met Ward in a bar and reported to him that the organization was in disarray due to the recent deaths of most of its leadership, including Daniel Whitehall, Wolfgang von Strucker and List. After Kebo refused to take anymore orders from Ward, the latter slammed his head into broken glass, scarring him and knocking him unconscious.

Months later, Kebo become Ward's loyal second-in-command. With more operatives being recruited by Ward and Kebo through a brutal system, the two of them began searching for Werner von Strucker, son of Wolfgang von Strucker, so he could useful in their war against S.H.I.E.L.D. After successfully finding and kidnapping him, Ward had Kebo torture him for his bank details, while secretly seeing if he was worthy to be a part of his faction. This was a success as Werner got the upper-hand on Kebo, impressing Ward.

A week later, Kebo was in one of the HYDRA's recruitment places, where they operatives would fight their way into being recruited. While reading a newspaper, Kebo became impressed with a new recruit named Richie, unaware that it was actually S.H.I.E.L.D. agent Lance Hunter, who was after Ward for torturing his ex-wife Bobbi Morse.

Over the next few days, Kebo became more and more impressed by "Richie" and his skill set. Ward then had Kebo initiate Werner into killing Melinda May's ex-husband, Andrew Garner. Kebo then brought "Richie" to meet Ward, where he later revealed his true allegiance and tried to kill Ward. During the shootout, Ward had Kebo call Werner to threaten Garner's life after May arrives, so they can surrender themselves to him. However, this fails and forces Kebo and Ward to retreat.

Kebo gets chastised by Ward for being "sloppy" in regards to Hunter's actions. They then decide that since Werner is running, he is a loose end and is sent to kill him. Before so, he gets a phone call from HYDRA leader Gideon Malick, who has him put Ward on the phone. After Malick reveals where Werner is hiding, Kebo goes there and starts torturing him. May and Bobbi arrive, forcing him to stab Werner into a coma and run. Bobbi chases Kebo outside and starts fighting him in the swimming pool. Although Kebo gets the upper-hand on her, his arrogance ends up becoming his undoing as Bobbi electrocutes the pool, killing him instantly. 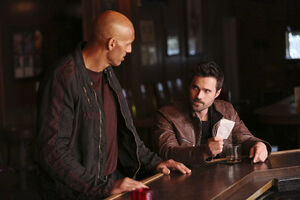 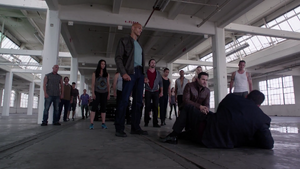 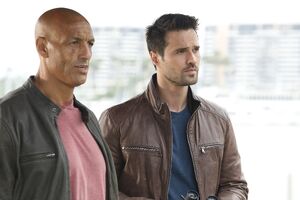 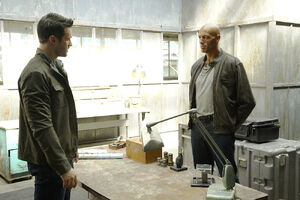 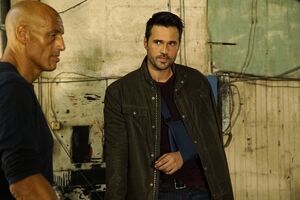 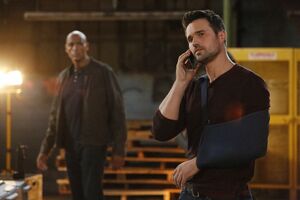