Keith Summers is a minor but important antagonist in the television series Bates Motel. He is the original owner of the house and motel which would come under ownership of Norma Bates and her son Norman and was involved in a sex trafficking ring in the town.

He was portrayed by W. Earl Brown.

Keith Summers, alongside his sister Maggie and Zack Shelby, were involved in a sex slave business owned by Jake Abernathy. He was also childhood friends with Alex Romero, who would later become the sheriff of the town. He was the original owner of the motel, which was used as part of a sex trafficking ring he was involved in-which involved drugging and raping Asian girls. One of the girls, Li-Mui, died of an overdose. Summers and Shelby later forced the other three to bury her body near a mountain called Ladyface.

The house he resided in next to the motel had been with his family since World War I. He ended up losing the house and motel to the bank, which Norma bought in order to start a new life with her son. This angered Keith, and upon Norma and Norman's arrival harassed them from outside and claimed they wouldn't be able to run the motel. He leaves after Norma threatens him

Later in the evening, he broke into the house and handcuffed Norma to a table and proceeded to rape her. He was knocked out by Norman who returned home and they handcuffed him. When Keith taunted Norma with the claim she enjoyed what he had done to her, she angrily stabbed him multiple times with a knife and killed him. His death ends up triggering all the events that happen in Season 1. 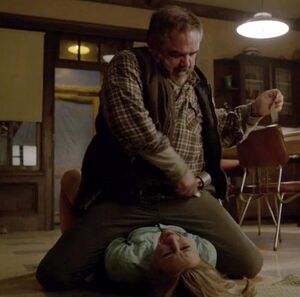 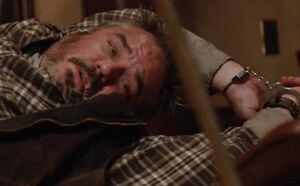 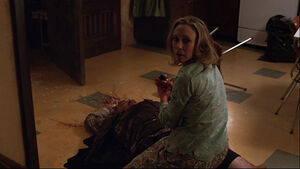 Keith's death at the hands of Norma.
Add a photo to this gallery

Retrieved from "https://villains.fandom.com/wiki/Keith_Summers?oldid=3959894"
Community content is available under CC-BY-SA unless otherwise noted.