Watching the carnage of her Rathuum arena.

Getting cheered on by her audience.

Kela is a high-ranking Grineer and in charge of the Rathuum arena, where the Grineer send traitors, prisoners and soldiers who failed in their duties to stand trial in gladiatorial combat.

She serves as the primary antagonist of the Rathuum and Dog Days events.

She is voiced by Cassandra Wladyslava.

Like most high-ranking Grineer, Kela De Thaym has undergone extensive bodily modifications to increase her combat abilities and counteract the clone degeneration all Grineer go through. Kela wears tight-fitting black armor with two large metal protrusions around her chest that resemble a boa scarf, which hide six small missile launchers on her shoulders. Connected to her spine and running down her right leg is a large pipe with red and black coloring. Both her arms and legs are mechanical, but her arms are particularly notable as they are double-jointed. Within the the part that her hands are attached to are small shotguns that she can unfold at will.

Kela De Thaym is boisterous and loves to bathe in the applause of her audience, while at the same time displaying the same sadism common for a Grineer. She also has a very high opinion of herself, but as soon as she starts losing she will either accuse the other party of cheating, as demonstrated when the Tenno successfully defeated her Executioners only for her to declare she would execute the defectors anyways, or start bargaining for her own safety and offering up Executioner positions to the Tenno in exchange for letting her live.

According to the Lotus, Kela De Thaym extended her mandatory military training for more than a decade. A favourite of the Grineer Queens themselves, Kela enjoys a high position within the Grineer court as the overseer of the Rathuum combat arena and keeps an entourage of highly-trained Grineer bodyguards with her, though it's likely that they are there as much for her entertainment as they are for her protection.

It also appears that De Thaym is a supporter of Councilor Vay Hek, having contributed a large donation to his campaign. In return, Hek assigned one of his most vicious clones to Kela's service.

With Kela having discovered and captured an entire company of Grineer defectors, Cressa Tal from the renegade Grineer syndicate Steel Meridian asked the Tenno for help in getting them back. Kela intends to publicly execute the captives to demonstrate Grineer superiority, but through an obscure rule the Tenno are allowed to take their place in the arena, evening the odds against the Grineer executioners.

Despite Kela's best efforts to rig the game with unfair penalties and her strongest executioners, the Tenno quickly turned the tides. Unsatisfied with the results, Kela accuses the Tenno of cheating and declares that the defectors will be executed the old-fashioned way: in shackles. With time running out, Cressa Tal sent the Tenno Kela's coordinates to take her out. De Thaym initially welcomed the challenge and appreciated the chance to kill Tenno in front of her entire audience, but as the fight continued her confidence started to falter, occasionally leaving the battlefield outright to let an orbital strike do her dirty work. When she finally realized that she can't beat the Tenno, she offered the Tenno a position as new executioners so they can kill all the Grineer they want, at which point her entire audience turned on her and started booing her.

The Tenno responded to her offer by striking her down and leaving her for dead, which was met with thunderous applause from the Grineer audience.

Having survived her assassination, Kela once again challenged the Tenno to Rathuum where everyone is only allowed to use acid throwers. But thanks to a gas leak in her ship, Kela wasn't able to think rationally. She promptly decided to ditch the usual carnage of her arena for the day and make the whole thing a water fight instead. She found a small island, equipped everyone with water pistols and had everyone fight in a friendly competition, laughing like an idiot all the way through. Though disgruntled, she even rewarded the Tenno fairly for their victories.

At the end of the event she congratulated the Tenno on their victory, but warned them that the gas leak will be fixed eventually, at which point things will be back to business as usual. 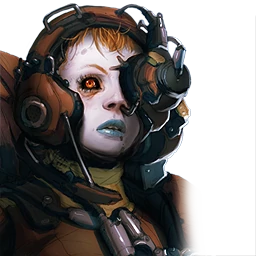 Kela De Thaym's portrait prior to her rework. 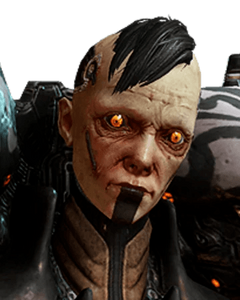 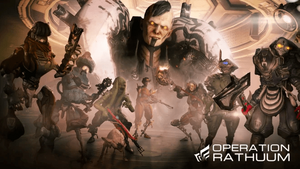 A promotional Image for the Rathuum event. 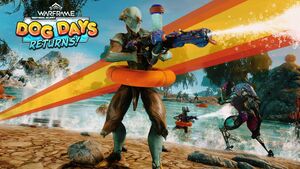 A promotional image for the second Dog Days event, almost identical to the first.
Add a photo to this gallery

Retrieved from "https://villains.fandom.com/wiki/Kela_De_Thaym?oldid=3972150"
Community content is available under CC-BY-SA unless otherwise noted.