Playing with his daughter.

Rescue his missing daughter regardless of how many moral lines he has to cross (succeeded).

Keller Dover is the protagonist anti-hero of the 2013 thriller film Prisoners. Despite being the protagonist of the story, he has committed several villainous acts throughout the film, the most obvious example was torturing Alex Jones, a mentally challenged man - believing this was necessary to find his abducted daughter Anna.

He was portrayed by Hugh Jackman, who also played Blackbeard in Pan, Vincent Moore in Chappie, and X-24 in Logan.

Keller Dover was born on February 13, 1972 in Conyers, Pennsylvania, the only child of prison guard William Dover and his wife. Keller has always been a devout Christian and avid deer hunter, and when he was a teenager, he was a fan of Bruce Springsteen. During his teenage years, his father committed suicide and in his will, he left Keller the apartment building that the Dover family lived in. Some time later, Keller met a woman named Grace and they eventually got married. At one point, he found "Keller Dover Remodeling and Repairs", his own one man independent business in the Philadelphia area. Keller and Grace had a son named Ralph, who was now a teenager by 2013, and a daughter named Anna in 2007.

The Dover family was good friends with the Birch family, consisting of Franklin, his wife Nancy, and their daughters Eliza and Joy.

Keller also was a survivalist and liked to be prepared for emergencies. He has not had an alcoholic beverage since early 2004.

Keller and his son Ralph went hunting and Ralph got to shoot the deer. On the way home, Keller gave Ralph the same advice his father gave him: be ready. The Dovers and the Birches had Thanksgiving together and allowed their younger daughters, Anna and Joy, to take a walk with their siblings Ralph and Eliza. During the walk, Anna and Joy played on an RV before being pulled off by Ralph and Eliza, and they thought someone was inside. Later, Anna and Joy wanted to go back to the Dover house to help Anna find her red emergency whistle that Keller gave her. Keller later asked Ralph and Eliza if they've seen their sisters, but they claim they haven't. After searching the Dover house and Birch house, both families realized that they were missing. Ralph remembers the RV they were on and leads Keller and Franklin to it, but it was gone. It also happened to be parked in front of the same house where a young boy named Barry Milland disappeared from in 1987.

That night, the RV was found with someone inside: Alex Jones, a disturbed man with a 10 year old I.Q. Alex lived with his aunt, Holly Jones, who claimed that Alex's parents, her husband's brother and his girlfriend, died in a car accident when Alex was 6.

Alex Jones was released after two days from police custody after they didn't have any leads. When Keller found out, he went to the police station and attacked Alex, who then said to his face 'they didn't cry until I left them'. Keller tried convincing Detective Loki to question Alex some more, but Alex kept clamming up like last time. That evening, Keller went to Alex and Holly's house and waited until night for Alex to walk his dog Tucker. While walking, Keller heard Alex sing the song 'Jingle Bells, Batman Smells', the same song Anna and Joy sang during Thanksgiving. Keller kidnapped Alex at gunpoint and tied him up in his old apartment building. With Franklin's help, he kept beating Alex into telling him where Anna and Joy were but he still wouldn't budge.

Five days after Anna and Joy were kidnapped, Franklin told his wife Nancy what Keller did. Nancy saw Alex's swollen face and untied him, but he attempted to escape. After Franklin and Nancy went home, Keller put Alex in a bathtub where he can barely sit down, and nailed boards up so no light gets in. Keller rigged the water heater so he can torture Alex with scalding or freezing water. Franklin and Nancy agreed that they were not going to stop Keller, but they will no't help him either.

The next day, Keller noticed Detective Loki following him, so he went to the liquor store next to the apartment building and brought a bottle of liquor, his first drink in 9.5 years. Later, he went to the apartment and tortured Alex some more, but noticed Detective Loki following him once more when he found out Keller lived in that building. Keller told Alex not to make any noise or he'll turn on the tap again. When Loki got in, Keller acted like he was drunk and sleeping. Loki almost found Alex, but Keller was saved by the bell when Loki got a phone call from a department store clerk who saw the new suspect in Anna and Joy's disappearance. Loki tracked down the suspect, Bob Taylor, arrested him, and found Anna and Joy's bloodied clothes.

After the Birches identified two pieces of clothing, Keller identified Anna's sock, and blamed Loki for following him instead of looking for Anna. Keller went home while Grace was sleeping and told Ralph to stay around the house for a few days, make sure his mother doesn't watch the news, and to throw the newspaper away when it comes. Ralph was told by Eliza that Anna and Joy were murdered and Keller did nothing but go out and get drunk. Keller pushed his son against the wall and yelled shut up to his face. That night, Keller went back to his apartment building when Alex said to him that Anna and Joy are 'in the maze'. It just son happens that Bob Taylor has a thing for mazes and drew mazes on the walls in his house. Taylor was drawing a map to the bodies, which was an unsolvable circle maze, and committed suicide before he finished it.

The next day, Keller went to Holly Jones' house and wanted to apologize for attacking Alex, as he feels responsible for him 'running away'. He tells Holly he keeps dreaming about being lost in a maze, but she merely chuckles and says that Alex doesn't talk much so she doesn't know what to say when people are over. Keller then sees the newspaper and sees that Taylor committed suicide. Loki meanwhile sees that Taylor's 'map to the bodies' matches a maze pendant on an unidentified corpse found in a local priest's basement a while back; the priest killed the man after he confessed to murdering 16 children and waging a war with God. Loki also learns that Taylor broke into the Dover and Birch houses and stole Anna and Joy's clothes; all of the other clothes were brought from the department store and blood was actually pig's blood. Later, Keller, Grace, and Ralph rush to the hospital after learning Joy was found but not Anna. When Keller tried asking Joy where Anna was, she said to him 'you were there'. Keller realizes that it was Holly Jones who kidnapped his daughter, not Alex. Keller runs off from the hospital and Loki thinks he's going to the apartment building. When Loki goes to the building, he discovers Alex Jones in the boarded up shower, screaming and trying to get out.

That night after escaping the hospital, Keller went back to Holly's house with his tools, claiming he wants to repay her by helping her around the house. After a pause, Keller demands to know where Anna is, but Holly pulls out a gun and tells Keller to put on a pair of handcuffs and drink a portion of an LSD-Ketamine drink Holly made to drug children. Holly reveals that after their son died of cancer, she and her husband began making children disappear to wage a war with God. The first kid they ever took was Alex in 1987, who was actually Barry Milland. They took Bob Taylor a few years later and he escaped after three weeks; Holly forgot all about him until reading the newspaper recently. Holly had to slow down after her husband disappeared in 2008, but she does what she can (it's later revealed that her husband was the corpse in the priest's basement). Keller is forced to drive her husband's old car backwards, revealing a secret pit that she kept children in over the years. After Keller refuses to get in, Holly shoots him in the leg. Keller falls in and breaks that same leg. Holly tells him he might last 24 hours if he makes himself a torniquet, and that she would love for him to be alive when she dumps Anna's body down there. After being imprisoned, Keller finds Anna's red whistle and prays to God to protect Anna.

Loki arrives and finds Holly about to kill Anna with a lethal drug. He shoots and kills Holly and rushes to the hospital where doctors manage to save Anna. The next morning, Grace and Anna visit Loki and tell him thank you. After the Birches take Anna, Grace tells Loki that Keller is a good man and that he did what he had to do to find Anna before departing. That night, the forensics team is done digging for the night, saying it will take weeks to excavate the entire property due to frozen ground. After the team leaves, Loki hears a whistling sound; it is Keller using the red whistle.

It is unknown what happens to Keller. He would die if Loki thought the whistle was nothing. If Loki did decide to investigate it, which he did, he could save Keller in time, but Keller would have to face prison unless Barry/Alex and his family drop the charges. Or the whistle could've been Keller's final breath. 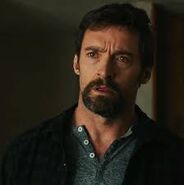 Add a photo to this gallery
Retrieved from "https://villains.fandom.com/wiki/Keller_Dover?oldid=3720239"
Community content is available under CC-BY-SA unless otherwise noted.