Member of The Master's Fraction

Protecting and Being with her son Zach.

Turn her son Zach into a strigoi be with him forever (failed).

Get the Occido Lumen for The Master (failed).

Kelly Goodweather is Ephraim Goodweather's ex-wife and a major antagonist of FX TV series The Strain. She is also a posthumous antagonist in the fourth and final season.

She took on a life after custody of their son, Zach, but ignores her husband's warnings about the Vampire contagion. She is turned into a Vampire (Strigoi) by her boyfriend, Matt, after the infection spreads throughout her body and becomes the Master's thrall,  fully under his dominion even though her metamorphosis is not yet complete.

She was portrayed by Natalie Brown.

Kelly was a public school teacher and a fiercely protective mother. She lived with her boyfriend, Matt. Although it's pretty obvious she still loves "Eph", the fact that he has continually put his job ahead of her and their son is the reason she has moved on.

She became infected after a blood worm from Matt went through her eye. Her infection progresses quickly as she walks through New York, barely able to think coherently. She mistakenly goes to pick up her son in daycare, but he was already picked up by her friend Diane whom Kelly visits and infects. Afterwards she is called by The Master and becomes his thrall, fully under his dominion even though her metamorphosis is not yet complete.

After the group of vampire hunters managed to drive off The Master, Ephraim and Zach go to their home to collect inhaler for Zach's asthma. However, it turns out Zach only wanted a family picture. Suddenly they hear a noise by the window and an infected Kelly enters. Zach tries to go to his turned mother but Eph restrains him while shooting Kelly in her shoulder, forcing her to leave. Abraham Setrakian tells them The Master will most likely use Kelly to track them down, using Kelly's love for Zach to his advantage.

After the encounter with Eph and Zach, Kelly went back to the underground nest where other vampires are as well. At some point Thomas comes down to the nest while everyone are resting during daylight. Eichhorst tells Kelly that The Master has decided to give her back the power of her own thoughts and voice. Inside The Strain Sentient Strigoi Season 2 FX After hearing that Kelly says Zach's name out loud and follows Eichhorst out of the nest. He leads Kelly to the old factory facility, then reveals that The Master has put Kelly in charge of the blind kids who are now turned to vampires as well, but with special psychic senses.

Kelly successfully abducts a fully submitting Zach who had mixed feeling about his mom and never could come to terms with her being a strigoi, she did not turn him on the spot, her motives about him are unclear since she has her loved one but she is a strigoi with own free will.

Kelly keeps her son underground barring him from any opportunity of escape. Zach's immaturity vanishes when he witnesses his mother feeding on a boy similar to him. His asthma faints him when he attempts to run away in futility prompting Kelly to run after her son. She is barely able to restrain herself from feeding on him and thus turning him into a strigoi like most strigoi feel towards their dear ones. This prompts the master to interfer by taking control of Kelly and feed his own white blood to Zach alleviating any health issues.

Kelly accompanies the master to the exchange of the Occido Lumen and she betrays her husband by pushing a young boy turned strigoi towards Eph in a way reminiscent of The Walking Dead to distract him long enough to seize the Occido Lumen.

All these actions show clearly that once turned there is barely any shred of humanity left in a turned vampire and the extent of powers and free thought is entirely at the will of the Ancient that propagated the vampire. Though Eichhorst surely seems to haven't changed at all beeing a sadistic and petty individual when he was human.

Throughout the 3rd season Kelly shows loyalty to the master but her voice posses some inhuman and low-pitched characteristics either indicating she has not matured as a vampire fully yet or that it takes sentient vampires a while to become skilled enough feigning their lost humanity after their bodies changed so much.

Kelly is willing to let the master use Zach as he wishes and her desire to turn him is still rooted within her leaving it unclear what her own motives and desires are or whether her degree of sentience is reduced in comparison with Eichorst or Dremerhaven.

In the third season finale, following Eldritch Palmer becoming The Master's new host body, Kelly and Zach hide out in Palmer's penthouse. Following The Master's, albeit brief, confinement in a silver box, Kelly attempts to turn Zach after no longer hearing The Master's voice. Zach convinces his mother The Master is just upstairs, inadvertently causing a fight between Eph (who was fixing himself up from injuries sustained at the hands of The Master moments prior) and Kelly, resulting in Kelly's death after Eph is forced to stab her in the brain with a knife. 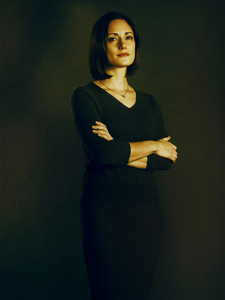 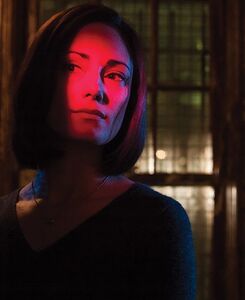 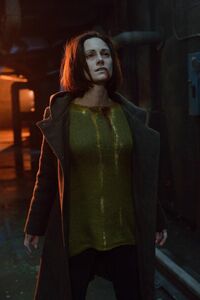 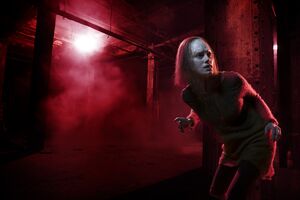 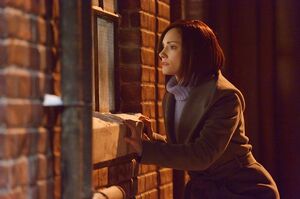 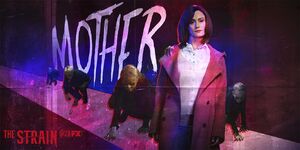 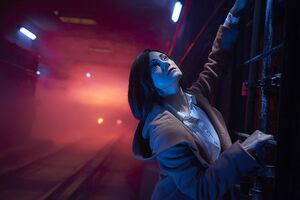 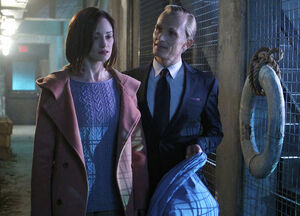 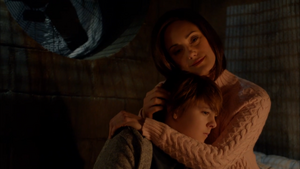 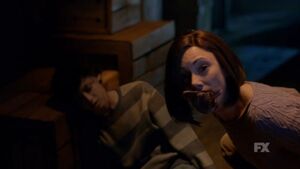 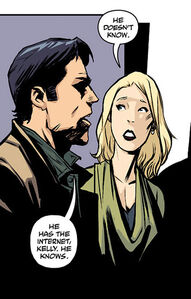