Kenny is a main character in Telltale's The Walking Dead franchise. He first appeared in Season 1 as the tritagonist, and in Season 2 as the deuteragonist. Kenny was a more rational, calmer man in the first half of Season 1, known for taking action and being a true friend to Lee but after the death of his wife Katjaa and his son Duck he became increasingly unstable and depressed. When he returns in Season 2, he has become even more unstable, volatile and reckless, indirectly causing several characters' deaths but one remaining light is Kenny's friendship with Clementine and his care for Alvin Jr.. His actions in the story had lead him to be viewed as both a hero and a villain by many of the characters within the game and some fans.

He is voiced by Gavin Hammon, who also voices The Tweedles in The Wolf Among Us.

Kenny's dark actions often have a negative effect on the other characters and is a major factor in the motives of Lilly, Mike, Bonnie and the Stranger's villainous actions, either out of fear of Kenny and what he might do, or Kenny did something horrible to them and they wanted to seek vengeance on Kenny and his friends. However Kenny's role in their motives is debatable due to their own actions in regard to Lee and Clementine's endangerment. 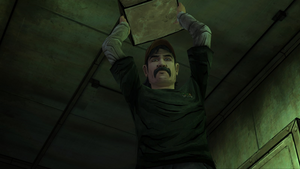 Kenny about to smash Larry's face in with a salt lick. 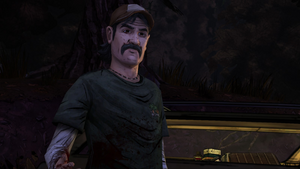 Kenny stealing supplies from the car. 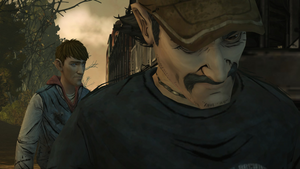 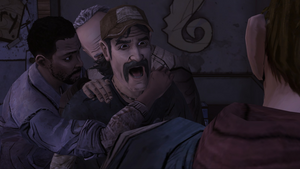 Kenny wants to kill Ben, but is held back by Lee. 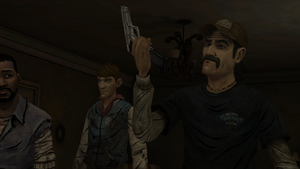 Kenny with a gun 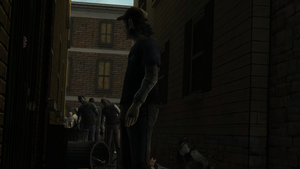 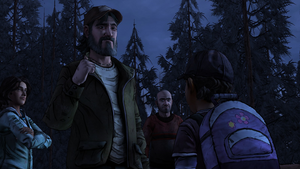 Kenny is back, reuniting with Clementine. 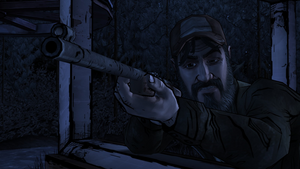 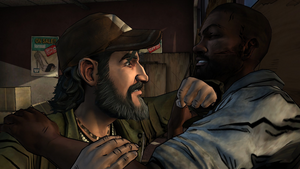 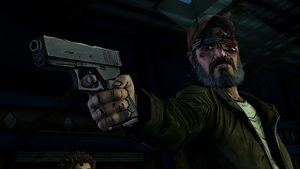 Kenny shoots Carver in the kneecaps. 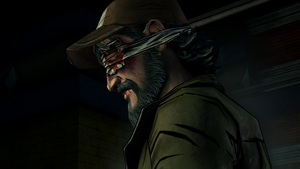 Kenny telling the group to wait outside, not wanting them to see him taking his revenge; seconds before Kenny beats Carver to death with a crowbar he found. 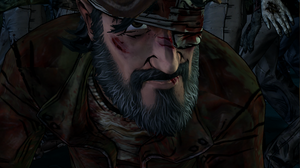 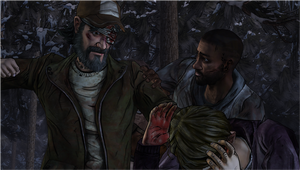 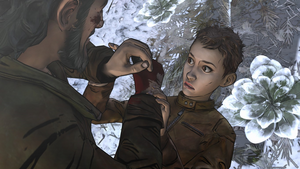 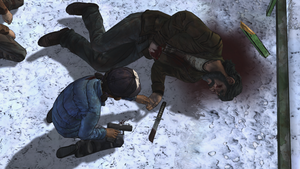 One of the player-determined deaths of Kenny; shot in the stomach by Clementine.
Add a photo to this gallery

Retrieved from "https://villains.fandom.com/wiki/Kenny_(The_Walking_Dead)?oldid=3491959"
Community content is available under CC-BY-SA unless otherwise noted.