Villains Wiki
Register
Don't have an account?
Sign In
Advertisement
in: Mature, Male, Master of Hero,
and 58 more
English

Looking for the coordinate.

Gain "power of god" and discover what it is like to hold it.

Track down and find the coordinate before Marleyan troops can acquire it.
Kill Levi Ackerman (all failed).

Kenny Ackerman is a supporting antagonist in the anime/manga series Attack On Titan, serving as the secondary antagonist of the Uprising Arc and a cameo antagonist in the flashbacks of the Marley arc. He also makes a cameo in Grisha Yeager's memories of the War for Paradis arc. He is the uncle of Levi Ackerman and brother of Kuchel Ackerman. He's a former serial killer from the Underground and is a Captain of the Military Police Brigade serving as the leader of the Anti-Personnel Control Squad and an enforcer of the Royal Government and the Reiss Family.

He is voiced by Kazuhiro Yamaji in Japanese and Phil Parsons in English.

Kenny's main goal was to obtain power, and his personality was molded around this goal. As such, he was a ruthless, sarcastic and manipulative individual who did not hesitate to do anything to get the job done, including a murderer or a traitor. He operated with downright professionalism, hiding his emotions behind a fixed expression and showing cruelty and displeasure in his mission. However, he actually enjoyed the act of murdering, to the point of becoming an infamous serial killer. He was strongly impulsive and spontaneous to kill Uri Reiss when they first met.

Kenny had a strange sense of humor, seen when he said that his grandfather's story about the oppressive persecution of the Ackermans was "funny", and when he freed Eren Yeager in order for him to fight against Historia just for his own entertainment, even though the future of humanity was at stake. He occasionally showed a cynical and contemptuous mood, like when he told Rod Reiss that he was sticking around, because he was looking for a toilet.

Even so, he was also truly respectful and conceivable to those who he believed they deserved, like Uri or his second-in-command. Contrariwise, he disliked cowards and disrespected them regardless of their positions. Not only did he demand answers from the king Rod Reiss when killing the latter's mistress, but he also called Rod "Your Majesty" with an extremely vituperative tone. Kenny later revealed that he only obeyed Rod as a plan to obtain power, and that his true intentions were always to become a Titan and gain the Coordinate himself; which was in direct opposition with Rod's goals.

Kenny was an infamous serial killer that stalked people in the capital of the kingdom, Mitras. His most known way to kill was to slit the throats of his victims which earned him his infamous handle "Throat Slasher Kenny", and it was rumored that he murdered over one hundred members of the Military Police Brigade. He also trained Levi when he was younger and later they parted ways. Kenny became a member of the 1st Brigade. He raised Levi as own after his sister Kuchel who is prostitute.

Many years later, after the breaking of Wall Maria he killed a prostitute, the mother of Historia Reiss after asking to Rod Reiss if her and Historia were related to him. Lod Reiss denied it and Captain Ackerman slit Historia's mother's throat. He wanted to do the same with Historia but her father Rod Reiss saved her life by telling her that her new name would be Christa Renz, and she was never allowed to talk about what happened in that farm.

Years later, Captain Ackerman appears as the leader of group sent to retrieve Eren and Historia from Dimo Reeves. He tells Reeves that he personally trained Levi and then kills him in the same way he killed Historia's mother, claiming that it is his own fault for Reeves' betrayal.

After the death of Dimo Reeves he kidnaps Eren and Historia and later, along with his men, he kills Nifa, Keiji and Abel. 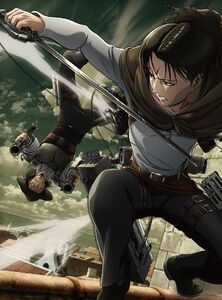 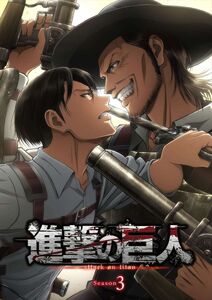 Promotional picture of Kenny in Season 3. 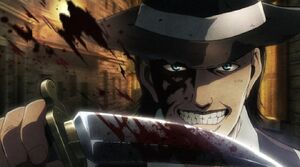 Kenny during his days as a serial killer. 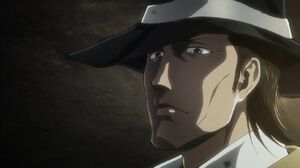 Kenny in his past meeting a young Levi. 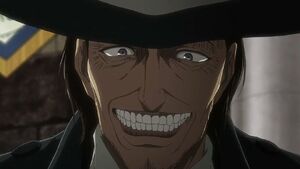 Kenny about to explain his motivations to the members of the Anti-Personnel Control Squad. 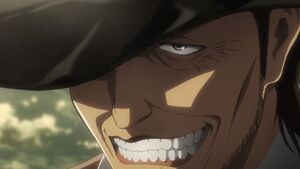 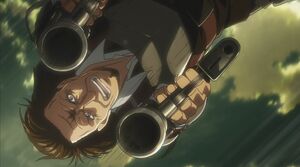 Kenny mocking Levi's height before shooting at him.

Kenny bursts into a bar in search of Levi. 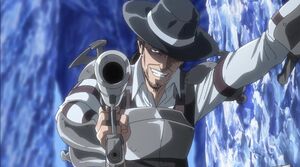 Kenny aiming his gun at Levi and his squad. 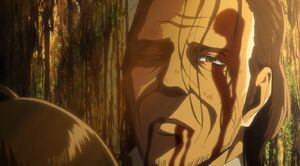 Kenny succumbs to his wounds and dies. 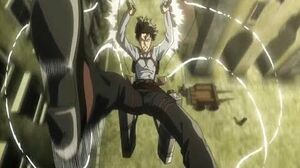 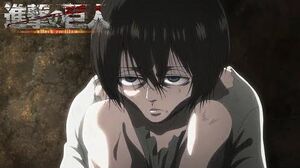 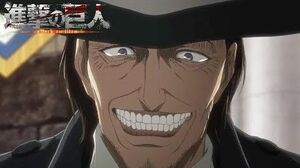 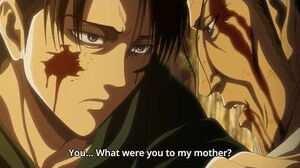 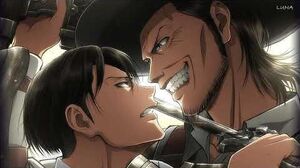