Control all water remaining on the planet. (failed)

Kesslee is the main villain from the 1995 movie Tank Girl. He is the head of a tyrannical corporation that controls all of the water in a desert-like, post-apocalyptic planet.

He was portrayed by Malcolm McDowell, who also portrayed Alex De Large in A Clockwork Orange, Caligula in Caligula, Colonel F. E. Cochrane in Blue Thunder, Tolian Soran in Star Trek: Generations, Marcus Kane in Doomsday, Andrej Evilenko in Evilenko, Sinclair in Home Alone: The Holiday Heist, Tower in Phineas and Ferb, Mad Mod in Teen Titans, Arnold Gundars in I Spy, Captain Von Berkow in The Passage, Arkady Duvall in Batman: The Animated Series, Lord Maliss in Happily Ever After, The Shaman in the Aladdin TV series, Daniel Linderman in Heroes, Dr. Calico in Bolt, and Geoffrey Tolwyn in the Wing Commander video game series.

In a dystopian 2033, a comet hit the Earth which caused a climate alternation and made the Earth turn into a dry and arid wasteland. For 11 years, it had not rain and water became very scarce with a small amount of it run by the Water & Power company led by Kesslee. The company is opposed to the mysterious group called the "Rippers". Rebecca Buck (a.k.a Tank Girl) is a member of a small community that set up their own water well in a house. Knowing this, Kesslee had his men attack the house, resulting in them killing most of the members, including Rebecca's boyfriend, and kidnapping Rebecca and a young girl named Sam. While Sam was sold to a sex club, Rebecca is forced to work in the Water & Power factory.

While imprisoning Rebecca, Kesslee repeatedly tortured and brainwashed her into working for him. Later, Kesslee had Rebecca and Jet Girl to find the real entrance into the Ripper's base. However, the Rippers appeared and killed nearly all of the Water & Power people, except for Kesslee who was critically injured. Kesslee then recaptured Sam so that he can use her as a lure to Rebecca and Jet Girl.

Once Rebecca arrived and find Sam half drowning in the pipe filled with water, Kesslee appeared. Kesslee revealed to Rebecca that he played her by implanting a tracking dart in her and using her as a source of information. Rebecca engaged in battle with Kesslee and was almost defeated by Kesslee thanks to his cybernetically repaired body. However, Rebecca was able to gain the upperhand by shorting out his body with water. Rebecca then used her tank loaded with beer cans as artillery shells to cause major damage. She was able to kill Kesslee by using his own water extraction device to drain the water out of him until he was nothing but a pile of dust. 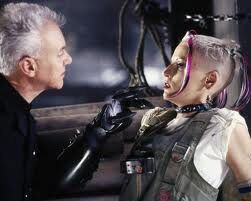 Kesslee vs. Rebecca Buck.
Add a photo to this gallery 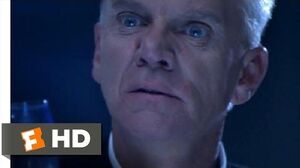 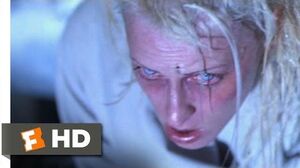 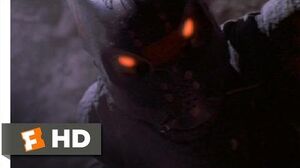 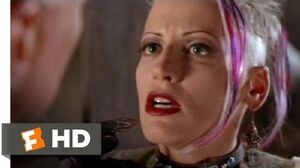 Tank Girl (1995) - I Win Scene (10 10) Movieclips
Add a photo to this gallery
Retrieved from "https://villains.fandom.com/wiki/Kesslee?oldid=4024517"
Community content is available under CC-BY-SA unless otherwise noted.