Keziah Mason is the main antagonist of H. P. Lovecraft's short story "The Dreams in the Witch House". She is an ancient witch who kidnaps the story's hero, Walter Gillman, and an infant on the orders of Nyarlathotep.

In the Masters of Horror adaptation of the story, she was portrayed by Susanna Uchatius.

Miskatonic University student Walter Gillman moves into the eponymous Witch House where he discovers its past. Before, it had harbored notorious witch Keziah Mason during the Salem Witch Trials.

She spoke of "lines and curves leading to other spaces beyond", a quality that connects with Gillman's theory that the alien geometries of his room can lead to other worlds. Mason escaped from her cell but then several of the past residents of the Witch House have died prematurely. She is also accompanied by a rat familiar named Brown Jenkin.

In his dreams, Gillman is forced to aid in Mason and Jenkin's kidnapping of an infant at the behest of "The Black Man" (an avatar of Nyarlathotep), which he concludes is real when he wakes the next morning with mud on his feet and a newspaper recounting the kidnapping. On Walpurgis Night, Gillman manages to stop Mason from killing the infant in sacrifice at the last second, causing her and Brown Jenkin to attack him. Despite being choked by Keziah, Gillman gets her to release her grip by fending her off with a crucifix, which he then hooks around her neck and chokes her with before dropping her to the ground. Her witch-light then disappears, signifying her death. Unfortunately, Jenkin kills the infant anyway and Gillman is deafened by a "cosmic sound". The next morning, Gillman is found dead in his room with a hole burrowed through his chest by a rat. The Witch House is later destroyed by a storm, and a large rat is found crushed to death inside.

In the Masters of Horror adaptation, Mason more or less assumes the same role, although she also gains a role as a seducer, assuming an attractive form to tempt Gillman. She takes on the form of Frances, a woman Gillman becomes close to and ultimately kidnaps her son.

As in the story, Gillman foils her attempted sacrifice and seemingly kills Mason until Jenkin kills the infant. Gilman is blamed for the murder and institutionalized, and is later killed by Jenkin appearing and burrowing a hole through his heart. 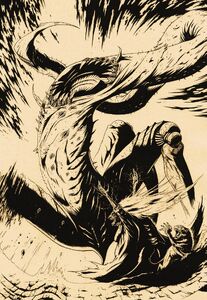 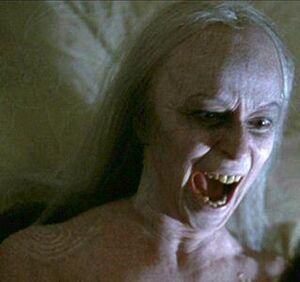