NOTE: This article is about Al-Asad from the 2019 reboot of the Call of Duty: Modern Warfare sub-series. The original version can be found here: Khaled Al-Asad.

The Ascendant
The Immortal Lion
The Lion

Get revenge on the world's superpowers.

Lead Al-Qatala-Aljahdid forces back into Urzikstan.
Assist Victor Zakhaev complete his goals in Verdansk (all succeeded).

He is the new and mysterious leader of Al-Qatala following the Wolf's death, renamed it "Al-Qatala-Aljahdid" and leads it in a campaign to help Victor Zakhaev invade Verdansk to start a war that will restore the Soviet Union, in return for safe passage into Urzikstan.

Little is known about Al-Asad's past or in fact his real name. It is known that after he was imprisoned at some point that led him to hold a grudge against the world's superpowers. After accepting a partnership with arms dealer Victor Zakhaev, son of the late Soviet era hero Imran Zakhaev, Al-Asad was broken out and took full leadership of Al-Qatala following the Wolf's death, uniting all of the splintered cells and gaining their loyalty. He also renamed the organization as "Al-Qatala-Aljahdid", the "New Killers", and began conspiring with Zakhaev to arm them with military weapons, such as tanks and helicopters.

Following the death of disgraced Russian General Barkov, Al-Asad personally led his army to invade Verdansk, Kastovia. Although most assumed it was to get back at Barkov for his crimes and so he could get back to Urzikstan, while the latter is true, it was in fact because the city was ground zero in the Cold War and it had bunkers that contained Soviet resources such as tunnels, gulags and weapons of destruction, including a nuclear warhead. During the invasion, Al-Asad made arms deals with Zakhaev to ensure that he had full control over the city, but some of the supply chain was cut off by Armistice, an alliance between the Allegiance and Coalition forces.

In truth, Al-Asad and Zakhaev had a bigger plan to defeat their enemies and take over Verdansk. As Al-Asad's men started gathering up civilians, he watched a skirmish between the Coalition and the Allegiance in Urzikstan over a cargo chopper carrying chemicals, derived from Barkov's chlorine gas, en route to Verdansk. Al-Asad assured his men that they still had plenty more to make use of. After a while fighting, Al-Asad pulled his troops out of Verdansk and he released a giant clouds of toxic gas across the city, leading Armistice operatives to fight among themselves. Afterwards, he contacted Zakhaev to notify him of their enemies' movements and that they are enlisting the help of Captain John Price, who Al-Asad said was an "old friend".

During the chaos in Verdansk, Al-Asad and his men were granted permission to return to Urzikstan and an intel file had then confirmed that they did. Even though Zakhaev was killed by Captain Price just as he was about to launch the ICBM, Al-Asad is still on the loose and has not been seen or heard from since. 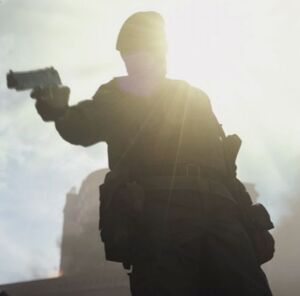 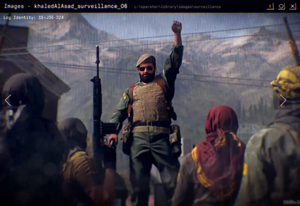 Photo of Al-Asad meeting with Zakhaev.

Al-Asad watching Coalition and Allegiance fight each other. 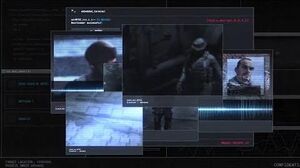