New Khans (after the first near destruction)

Great Khans (after the second near destruction)

Terrorize Shady Sands and Junktown to sustain themselves (failed).

Kill Vault Dweller, Chosen One and Tandi (failed).
Erase and purge NCR from the face of the Earth (Great Khans).

The Khans are a recurring Raiders faction in the Fallout series who appear in Fallout 1 and Fallout 2 as well as New Vegas.

They are named after Genghis Khan and his Mongol army, and have a similarly barbaric lifestyle as well as similar motifs. They were the only raiders present in the final version of the original Fallout and thus the first seen in the series.

Another defining trait of the Khans is their tenacity and inability to die out. It is explained in Fallout 2 that the protagonist of Fallout 1 wiped out the original Khans in 2161 except for one member, Darion, who swore vengeance and singlehandedly revived the group as the New Khans. However, they were wiped out once again in 2241 by the very grandchild of the Vault Dweller who had destroyed the original Khans.

But some New Khans survived, and under the leadership of Papa Khan they moved to the Mojave Wasteland and became the Great Khans. This third generation was more civilized than its predecessors, and not as evil. They made their home at Bitter Springs, but in 2278 the NCR brutally massacred many of them, including women and children there and took it over. The brutality of this massacre may or may not have been the result of poor communication, but in any case the remaining Khans grew a deep hatred for the NCR as they moved to Red Rock Canyon.

By 2281, the Great Khans have been reduced to making and selling drugs for the Fiends and others, and are less violent than ever, though still very hostile to the NCR. By this point they are no longer truly evil and can be considered neutral. Benny worked with some of them to hunt down the Courier immediately before the start of the game, which begins with the Courier being captured by them, shot and left for dead.

The Courier survives of course, as he (or she) is the protagonist of Fallout: New Vegas, and over the course of the game. In an attempt to recapture their former "glory", the Great Khans have recently allied themselves with Caesar's Legion, who is at war with the NCR. They are one of the five secondary factions that must be secured as allies, destroyed or otherwise dealt with before moving on to the final battle at Hoover Dam. The Courier can choose to simply wipe them out, but there are better options.

The player can convince Papa Khan that Caesar's Legion is just using the Great Khans and will assimilate and enslave them using persuasion and evidence, and if that is done he will withdraw his alliance with Caesar, but still absolutely refuses to join the NCR and furthermore wants to know what his group should do now. The player can then find a Mormon scholar who will give them a book about the Mongols, and presenting it to Papa Khan will convince him to migrate his group toward parts unknown to reinvent themselves yet again and become closer to their ancestral roots.

Finally, the player can go out of their way to actually make the Great Khans support the NCR by secretly killing Papa Khan, and after that his son Regis, the new leader of the group, will be more open to doing so.

Even if the Courier wipes out the Great Khans, it is likely that some will canonically survive and go on to create a fourth version of the Khans that will appear in a future Fallout game. 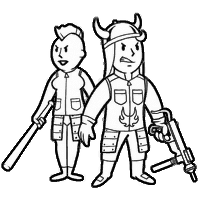 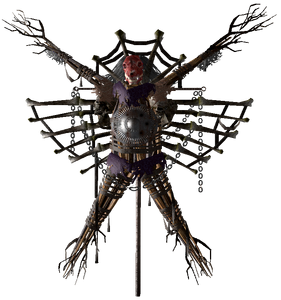 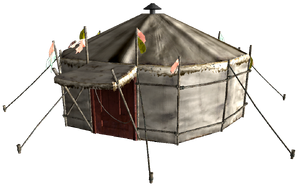