The video begins with the Animator, Alan Becker, showing off his animation software and showing the stick figure in the animation he is working on. As he explains what he is doing, the stick figure suddenly comes to life and swats at his cursor, then grabs it and throws it into the wall.

As Alan screams in horror, the stick figure begins trashing his computer, smashing the cursor under windows and walls, then begins rapidly spinning and creating a swirling vortex. This pulls all of the debris and windows in. Then, the stick figure explodes the vortex (similarly to how The Chosen One and The Dark Lord did at the end of Animator vs. Animation III), destroying the computer and resulting in a blue screen of death.

This forces Alan Becker to actually show himself and explain himself to the audience, telling them that he needs their help to fund the creation of Animator vs. Animation IV. As Becker acknowledges Animator vs. Animation to be a fictional series he created, it is safe to assume that the events of this video are not a part of the canon series, and were a joke done specifically for the video. 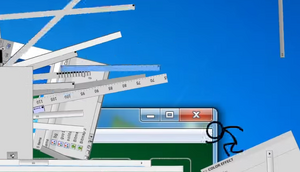 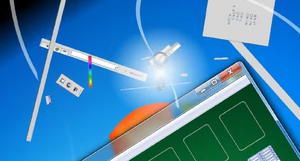 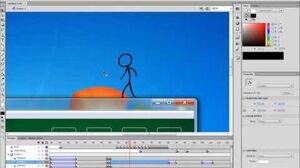