Help the Pentacle summon the essence of the Sun King and defeat Shadowpact (failed).

Kid Karnevil is a supervillain in the DC Comics universe. He is an enemy of the following superheroes: Shadowpact, the Justice Society of America, Detective Chimp, Obsidian and Mister Terrific.

Karnevil admits to the Joker that he has been looking him up as a role model, but h Joker, however, nonchalantly respond to Kid Karnevil's threat with less concern.. Once Lex Luthor successfully builds a Boom Tube into allowing the villains to leave the planet, Karnevil was slapped across the face by Joker for being a "copycat"

The injured Mr. Terrific blurted out how to hatch Obsidian by the time the Brownstone was attacked, Jeremy was looking for the supposed only to be surprisingly. Jeremy was later arrested along with the Fourth Reich. 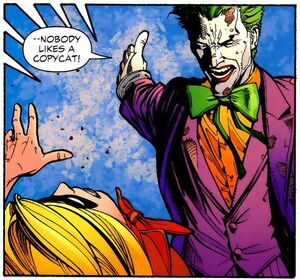 Kid Karnevil gets slapped by the Joker 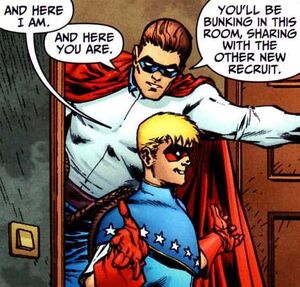 Jeremy showing that he is insane 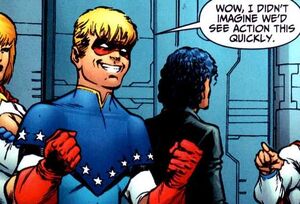 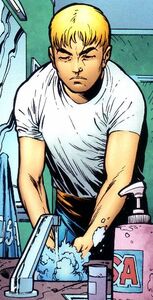 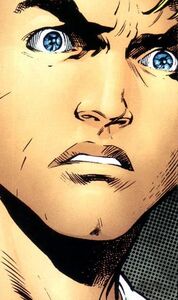 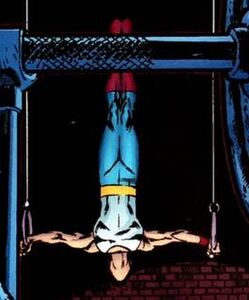 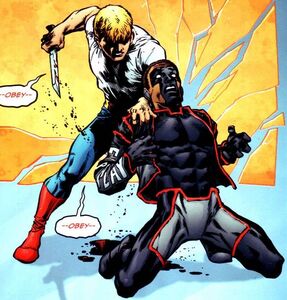 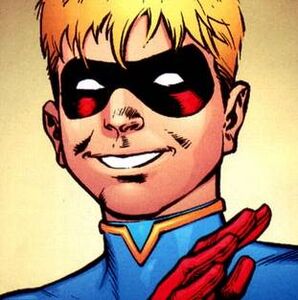 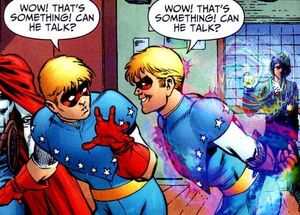 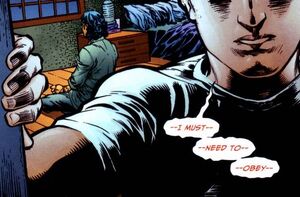 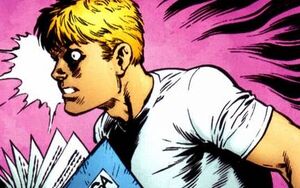 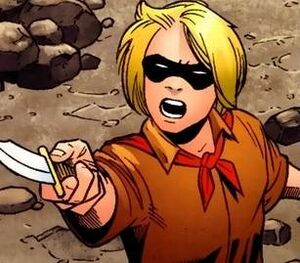 Kid Karnevil in Salvation Run
Add a photo to this gallery
Retrieved from "https://villains.fandom.com/wiki/Kid_Karnevil?oldid=3705188"
Community content is available under CC-BY-SA unless otherwise noted.