Extort money from Dr. Chapman by threatening his children (1974; failed).

The Kidnappers are the central antagonists of Joe Camp's first film Benji, and the 2018 Netflix reboot. They are a group of opportunistic kidnappers who want to extort money from Dr. Chapman/Whitney Hughes by threatening their children. However, their plan was foiled by Benji, the eponymous protagonist of the film.

Returning home, Benji finds Linda, Henry and Riley breaking in. Although Henry and Riley are spooked by legends that the house is haunted, Linda intends to propose the location as a hideout to their boss Mitch, mastermind of their illicit activities. Henry leaves a bag of groceries behind and Benji eagerly consumes an open pudding cup.

When Benji and Tiffany return to the abandoned house, they find that Riley and Henry have returned. Riley points out that Henry’s groceries have been overturned and becomes increasingly anxious that the house is haunted. As Mitch and Linda arrive to survey the property, Riley tells Henry that a pudding cup is missing, but Henry warns him against upsetting their plans.

Later, Riley writes a ransom note to extort money from Dr. Chapman by threatening his children, but Henry throws it on the ground, writes a new one, and orders Riley to deliver it when he gives him the signal. Meanwhile, Mitch surprises Henry and Linda by actually kidnapping the Chapman children.

Although Benji races to the Chapman home for help, Mary shoos him outside as the doctor meets with police officers and an FBI agent. Benji returns to steal the ransom note and force them into a chase back to the house, but his plan is interrupted by a concerned neighbor. Benji then unsuccessfully attempts to get the attention of Officer Tuttle. When City Hall closes, Benji is locked inside, but he barks through an intercom and is released by a passing policeman.

Returning home, Benji snatches Riley’s first ransom note. When Mitch grabs Benji, Tiffany bites his ankle. Benji jumps free, but Mitch kicks Tiffany, leaving her unconscious on the floor, and Henry and Riley chase Benji off the property. When Benji arrives at the Chapman house with Riley’s ransom note, he finds that Linda has preceded him in an attempt to cut off his efforts.

Pretending to console Dr. Chapman, Linda takes the note from Benji and puts it in her purse as Mary scolds Benji and carries him away. Benji bites Mary, runs for Linda’s purse and recoups the note. Although Linda chases Benji, he jumps back into Mary’s arms. After reading the note, Mary becomes suspicious of Linda and alerts Dr. Chapman, who demands to know where his children are. Through her tears, Linda claims ignorance but Benji leads the police, FBI, Dr. Chapman and Mary back to the hideout.

Meanwhile, the kidnappers are concerned that Linda has not returned and Henry and Riley argue that they should leave. As they walk outside, however, the police hold them at gunpoint and Paul and Cindy are reunited with their father and Mary.

When Benji continues to follow Carter and Frankie to their home after a failed attempt to buy their father's watch back from Sam King, Syd and Titus's van can be seen as they leave.

The next morning, Carter and Frankie come back to get back their money for their watch, but King tells them that he's sold the watch and Carter and Frankie confront him until they notice the robbers. Syd comes up behind them and taunts them. Syd starts to shove them, but King warns him to let the kids go. Syd orders King to open the safe and he gives him the sack. Syd forces the kids out of the pawn shop, while Titus locks King in a closet before accidentally dropping the key. Frankie tries to rescue him, but Syd tries to stop her. This results in Frankie removing Syd's mask, revealing his face. Syd then forces the kids in their van and close the door on them. As Syd is about to get in the van, he notices Benji and flees. Benji chases them and the two robbers try to escape him. Titus notices their mother calling Carter and throws it out of the van. Benji loses sight of the van, but the kids make a strawberry trail for him. Frankie calls Titus ugly before he notices their strawberries and threatens them to not call him ugly as they drive in through the cemetary to an abandoned house. Titus becomes anxious as he complains about their job, but Syd argues with him, saying it's their lifestyle. Syd notices the watch and sadistically taunts Carter with it. Benji arrives at the abandoned house, but he is confronted by their vicious rotweiler, Rott. Rott chases Benji, but Benji manages to trap him in a tube. Syd orders Titus to catch Benji, but Benji locks him in a shed. Syd comes out and chases Benji to a derelict school bus. Syd tries to catch Benji, but he locks himself in and Benji manages to escape. Benji tries to free the kids, but Syd and Rott break out and find Benji. They corner Benji, but Benji manages to escape, enraging Syd.

Benji returns to the pawn shop and frees King. Benji then leads King, Whitney and Burton to the location with Syd's mask. Benji tries to show Burton the evidence with Titus' pudding cup, but Burton misunderstands the situation and believes that Benji decieved them, causing Whitney to hate Benji. The following night, Burton finds Carter's phone and Whitney discovers the kids' recording and their speech about their feelings.

The next morning, Benji comes up with a diversion to use Mongrel as his guide and help him find the robbers, while Whitney and Burton decide to go back to the abandoned house. Benji and Mongrel discover a basement and a secret passage leading to a boat yard. Meanwhile, the kids attempt to leave a clue for Benji, but Syd and Rott stop them and cover their tracks. Syd comes up with a plan for them to escape on a boat, but Titus refuses and Syd orders a reluctant Titus to come with them. Titus orders Rott to guard the kids as Benji and Mongrel arrive. A chase is ensued between Benji and Rott until Benji leads him to a pond, where Mongrel confronts him and redeems him. Titus decides to use his money so he wouldn't have to listen to Syd again, while Whitney and Burton arrive and ask Syd about the kids, to which he claims he hasn't seen them. However, Benji discovers that the kids are on the boat and tries to rescue them. Syd tries to escape, but he is confronted by Rott and Mongrel before he is finally arrested by Burton. Titus and the Captain try to escape, but the rope is still tied to the boat. Benji tries to cross onto the boat as Titus tries to kill him with a spear. Benji leaps onto Titus, causing him to throw Benji to a wall and fall into the water. The Captain tries to stop the kids, but Carter knocks him unconscious with a fire extinguisher. Whitney, Burton and the kids find Benji's unconscious body, but soon learn that he survived. Upon learning this, Burton orders one of his officers to hand him to Syd and Burton takes the watch back from him as he forces him in the car with Titus. 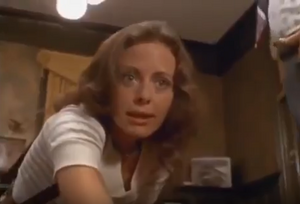 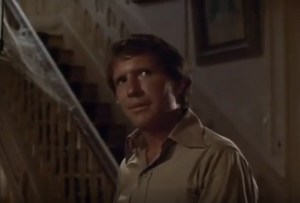 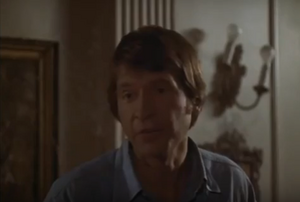 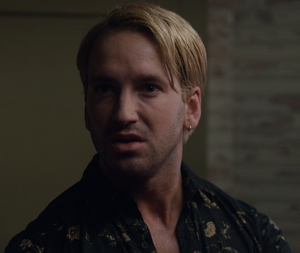 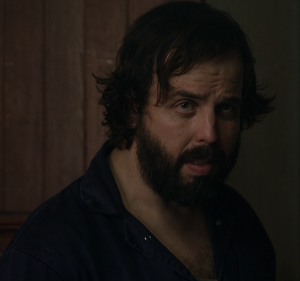 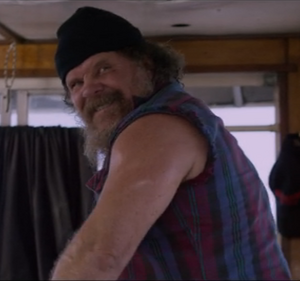 Cajun Captain
Add a photo to this gallery

Retrieved from "https://villains.fandom.com/wiki/Kidnappers?oldid=3901897"
Community content is available under CC-BY-SA unless otherwise noted.