Kill his father (succeeded).
Get revenge on Audrey and Emma for killing Piper Shaw.
Kill Emma and Audrey so he can be shown as a hero and a survivor of “their rampage” (both failed).

Before the events of Scream, his father Clark Hudson left him in Atlanta in order to support his addiction to pain pills. During his time in Atlanta, Kieran began stalking a girl and framed his cousin Eli, who already had a criminal record, for it. Kieran lived with his stepfather and mother in Atlanta until they died in a car accident, which was indirectly (or directly) caused by him. Following their deaths, Kieran moved to Lakewood and returned living with his father. In Lakewood, Kieran met Piper Shaw, Emma Duval's half sister and Brandon James's daughter, who had been previously rejected by her mother named Maggie Duval. They instantly formed a bond with each other, hating the affair with their parents and began dating. Planning to get revenge on Emma and Maggie, Piper recruited Kieran, who had to act as her "spy" and secondary killer. After killing several people, Piper attempted to kill Emma and Maggie, only to be shot in the head by Audrey Jensen, the person responsible for bringing Piper to Lakewood. Her corpse was retrieved by Kieran and stored in an orphanage. Enraged by her death, Kieran was motivated to start another killing spree, now targeting not only Emma, but Audrey as well.

After having killed numerous people, including Jake Fitzgerald and Mayor Maddox, Kieran unintentionally revealed himself as the killer to Emma, by saying that "she would feel safe again" (Emma had been previously called by the killer, who said "you will never feel safe again"). Exposed, Kieran then shoots Eli dead when he attempted to protect Emma and Audrey from him. Despite his efforts, Kieran was subdued by Audrey and Emma, who spared him from death and let him get arrested by the police instead. Three months after his arrest, Kieran gets a phone call from someone using his killer's voice who says "Hello Kieran. Who told you, you could wear my mask?", much to Kieran's clear surprise.

After his trial sentences him to 10 consecutive life terms, one for each of his victims, Kieran is visited by the killer he talked to on the phone, who kills his guard, gets his key, opens Kieran's cell, and confronts him. Kieran asks him who he/she is; the killer responds by slashing his throat open, and then stabbing him in the back of the neck, instantly killing him. 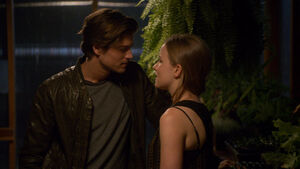 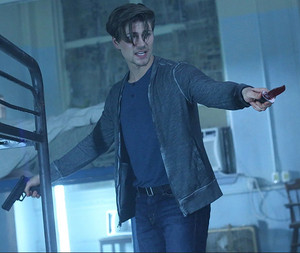 Kieran reveals himself as the killer to Audrey and Emma. 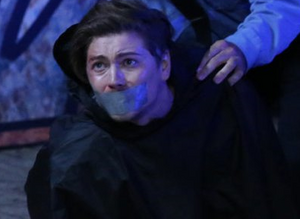 Kieran posing as the killer's pawn after being unmasked by police. 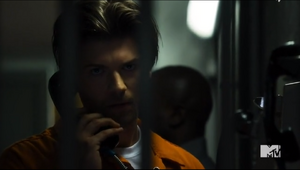 Kieran in jail, getting a call from the third killer. 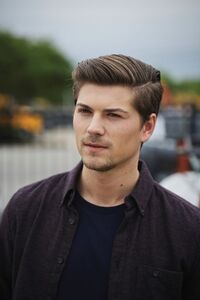