The Kilaaks are a race of silicon-based alien invaders and the main antagonists of the 1968 Godzilla film Destroy All Monsters.

The Kilaaks hail from a distant planet known only as Kilaak. Their homeworld is said to be extremely warm, as the Kilaaks cannot be active in a cold environment. It is unknown why the Kilaaks want to conquer Earth, but it may simply be to obtain more living space for their people.

The Kilaaks possess a very unusual physiology. They are said to be silicon-based and are actually physically composed of metallic minerals. The Kilaaks resemble bizarre tiny metal slug-like creatures. When communicating with Earthlings, the Kilaaks take the form of beautiful female humans wearing blue full-body cloaks. It is unknown if all Kilaaks take the form of a female human, or if the Kilaaks that invaded Earth were simply all female, because it is confirmed that the Kilaaks are a race that consists of both male and female members, as one of the Kilaaks mentions that the Earth belongs to "every man, woman, and child of the Kilaak race."

Despite being small slug-like creatures, the Kilaaks are capable of producing very advanced pieces of technology, including spaceships, guns, mind-control devices, forcefields, and other machines.

The Kilaaks arrived on Earth in the year 1999. They used knockout gas to subdue the scientists and soldiers working at the Monsterland facility, and released all of the monsters there under mind control. They then used special transmitters to render all of the people on Monsterland their servants. The crew of the Moonlight SY-3 spaceship was called to Monsterland to investigate what happened and discovered the island in ruins, and empty of any monsters.

The crew entered the base on the island and discovered everyone there acting under mind control. The crew was taken to a room where they were greeted by the Kilaaks, who informed them that they planned to reform the Earth, by completely wiping out civilization and rebuilding it to suit their needs. The Kilaaks promised that humanity could survive if they cooperated, but if they resisted they would be destroyed. The SY-3 crew refused to surrender to the Kilaaks, and the mind-controlled soldiers in the base attacked them. The crew managed to escape the island and traveled to Japan to inform their leaders about what had happened.

Across the world, the Kilaaks unleashed the monsters from Monsterland, ordering them to completely destroy major cities. The armies of the world tried but failed to stop the monsters, leaving major cities in rubble. Eventually, United Nations scientists discovered that the Kilaaks were using transmitters scattered across the globe to control the monsters and that the control module for these devices was inside the Kilaaks' hidden base under the surface of Earth's moon. The SY-3 was sent to the moon and assaulted the Kilaaks' base. The crew of the SY-3 entered a special vehicle deployed from the SY-3 and entered the base, eventually destroying a special climate-control forcefield that surrounded it. This caused an extreme drop in temperature, causing the Kilaaks to revert to their true forms and go dormant. The crew then destroyed the control device and returned to Earth. There, the U.N. discovered that the Kilaaks were operating from a base under Mt. Fuji.

Using their own re-engineered versions of the Kilaak's mind control devices, humanity sent Earth's monsters to Mt. Fuji to destroy the base. The Kilaaks revealed their ultimate weapon, the evil three-headed space dragon King Ghidorah. King Ghidorah did battle with Earth's monsters, but after a fierce battle was overwhelmed by his more numerous enemies and was killed. Humanity's control over the monsters was lost during the battle, but it seemed that the monsters knew who their enemy was anyway and continued the fight. Godzilla assaulted the Kilaak's base, forcing the Kilaaks to unleash a special UFO coated in flames called the "Fire Dragon". The Moonlight SY-3 shot down the Fire Dragon, leaving the Kilaaks helpless. Godzilla destroyed their base, reverting the surviving Kilaaks into their true forms and ending the invasion. The base exploded, opening a crater in the ground into which King Ghidorah's lifeless body fell. 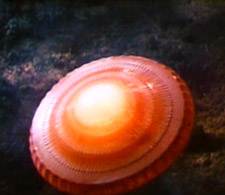 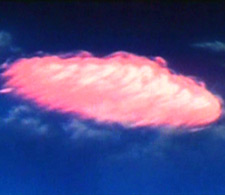