NOTE: This article is about the incarnation of the Purple Man from the Marvel Cinematic film series. The mainstream version can be found here: Purple Man.

The Purple Man
The Man
The Devil
Murdercorpse
Snuffcarcass
KK

Doing whatever he wants.
Controlling and torturing people.

Make Jessica Jones love and be with him forever or kill her and everyone she cares about if she doesn't (failed).

Break Jessica Jones by capturing, torturing and raping her (past; succeeded).

He was a sociopath enhanced with the power of mind control who would use it to get whatever he wanted and hurt or kill whomever he pleased. He was also the archenemy of Jessica Jones, whom he tried to regain control over and have all to himself.

Born with a brain disorder, Kilgrave was tested on by his scientist parents who were able to save his life, but in the process, he gained mind controlling abilities. Over the years as he became an adult, he used his powers to get whatever he wanted whenever he wanted and didn't care whose lives he destroyed in the process. After coming across Jessica Jones, who eventually broke free from his control, Kilgrave became obsessed with her and deluded by the belief that he was in love with her, prompting him to regain control over her in any way possible and would control, hurt or kill anybody to achieve this or if any of them stood in his way. Eventually, after countless attempts to control her, Kilgrave was finally killed by Jessica in his attempt to escape.

He was portrayed by David Tennant, who also played Barty Crouch Jr. in Harry Potter and the Goblet of Fire, Sir Piers Pomfrey in St Trinian's 2: The Legend of Fritton's Gold, Cale Erendreich in Bad Samaritan, and Brendan Block in Secret Smile, and voiced Lord Commander in Final Space, Wilf in Postman Pat: The Movie, Dread the Evil Genie in Jake and the Never Land Pirates, and Brimscythe in The Legend of Vox Machina.

Kilgrave lacked any form of moral compass; if someone annoyed him, he would frequently go out of his way to order them to do something vicious to themselves. An example of this was when he ordered a newspaper salesman to throw his hot coffee over his face simply for telling him to stop loitering. This was only a mild example; he had been known to order people to remain motionless for hours on end or even to commit suicide. Worst of all, he repeatedly raped female thralls such as Jessica Jones and Hope Schlottman, impregnating the latter, and was apparently too divorced from human morality to realize it was rape. He also had little, if any, self-control, with a tendency to overreact to even the slightest insult.

Before he met Jessica Jones, Kilgrave was used to getting everything he wanted. However, when Jones escaped his thrall Kilgrave became obsessed with Jones; stalking her and trying everything in his power to get at her with the ultimate goal of trying to make her his. To further this goal Kilgrave attempted to destroy anyone that Jessica was around. Hope Shlottman and her family were mere toys for Kilgrave and his attempts to woo Jessica. He turned Jessica's neighbour Malcolm Ducasse into a drug addict so he could use him to get pictures of her. This would have also happened to Jones' sister Trish Walker, when he was just about to escape wanted the ultimate act of revenge against Jones by taking one of the only people she ever loved and turning into his plaything whereas in Jones' mind he would be raping her, whilst Walker was slowly dying in her own mind.

Kilgrave hated children, believing they should be "seen and not heard, or better still not seen and not heard". Without batting an eyelid, he put the children of a family into a closet and told them to be quiet, not caring that the family's daughter needed the toilet. He also told a man he controlled to become his chauffeur to leave his child on the side of the street. He also saw no regret in using the fetus of his aborted child with Hope in order for his father to research ways to expand his powers to greater levels.

Though he was grotesquely overabundant and disproportionate with the use of his mind control powers, normally using them for every remedial task there have been hints that Kilgrave himself finds his abilities a burden at times. He screams to Jessica that he "never knows" when somebody is "doing what he tells them to do" or "of their own free will". Also for some reason he did not use mind control to force a family out of Jessica's childhood home instead he gives them his ill-gotten poker money on the condition they leave before 24 hours. It is unknown why he would do this, the most feasible excuse is that he wanted to prove to Jessica that his feelings were genuine and that he was a changed man.

Despite being psychopathic, confrontational, over-indulged, manipulative, and completely capable of killing or ruining people's lives without remorse, Kilgrave proves capable of emotion but lacks the capability to process said emotion because of his dark immorality. A good example is when forced to see the experiments that created him, he showed genuine sadness and discomfort covering his ears and assuming the fetal position in order to hide from the video being shown. Also Kilgrave had what appeared to be an emotional breakdown when confronted by his parents. Initially he screamed at them with rage for abandoning him but showed a twinge of regret for burning his mother's face with an iron. Perhaps if his mother had not stabbed him, he would have seen the error of his ways, but his final chance for redemption was completely blown away when he forced her to kill herself.

One of his most defining traits was his complete refusal to take responsibility for any of his actions, often twisting events and finding reasons to make it sound like others were to blame or that his victims deserved the horrible fate he gave them. At one point, he went so far as to say Jessica didn't love him because she was incapable of loving another person, not even considering the possibility that it was because he turned her into his personal mind-slave. Even when being confronted or exposed of his actions, it only serves to fuel Kilgrave's rage and hate even further; this was shown when his mother stabbed him with the scissors after hearing of all the horrible things he's done, only for an angry Kilgrave to force his mother into fatally stabbing herself with the same scissors.

Ultimately, Kilgrave's personality was little more than that of a sociopathic, overgrown spoiled child prone to throwing temper tantrums over not getting what he wanted, which in turn makes his hatred of children completely ironic. Literally everything he did with his powers (from forcing Jessica to kill Reva Connors to attempting to kill Jessica for 'rejecting" him) were either completely self-serving or acts of petty vengeance against those he claimed to have wronged him. 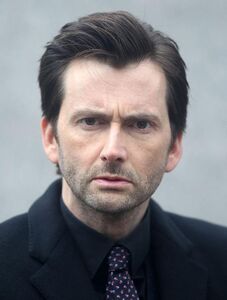 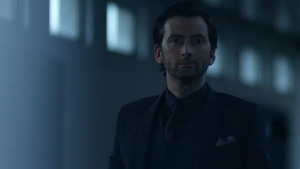 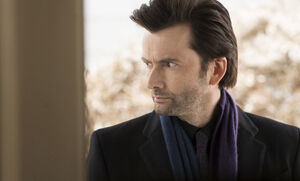 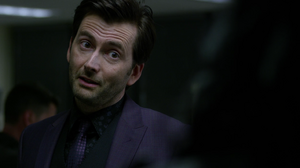 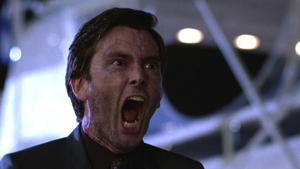 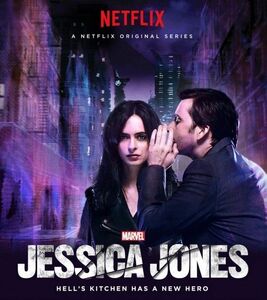 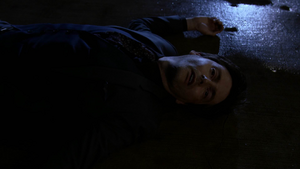 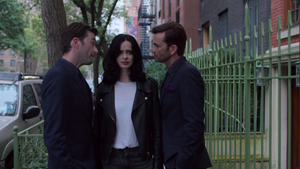 Kilgrave tormenting Jessica as a hallucination.