NOTE: This article is about the incarnation of Killer Croc from the Arrowverse. The mainstream version can be found here: Killer Croc (DC).

Stalking and eating his prey.

Steven was once a normal teenager, but once during a fishing trip with his father, he got a large tooth (from original Killer Croc). Steven decided to make a necklace out of it,but he accidentally cut himself and it started to infect him. The infection made him grow in size and he gained reptilian scales on his skin, as well as reptilian eyes similiar to that of original Killer Croc. It also changed his personality as well,which led his father to chain him up until he eventually escaped.

Starting his killing spree with a first kill that was later mistaken for a missing persons case. Steven killed two students of university when entered a pool for fun. But things goes south when killing two students in pool one drag around and other try to escape almost until he got her and dragging her back. Steven next Victim is girl name Whitney Hutchinson playing soccer ball when she kicking into the woods. Whitney goes into the wood when found ball but got destroy when she hear a growling noise she start looking round but time goes back Steven grab her dragging her in a sewer

Batwoman and Alice go into a swear to save Whitney when they discovery pile of big meats in a swear that until Steven father here. He explain to them that not his fault for turning a monster only reason why he been infected Batwoamn want to help him but Steven father won't do that he electricity her and point gun on Alice they won't take away him unfortunately his son start attack him then dragged and kill him.

Whitney attempted try escape the swear with her leg injury when try find way out Croc behind her about to kill her until she save by Batwoman starting fighting he gain upper hand when Batwoman use bat-net trapping him and deafest later on he was taken to Arkham Aslyum.

Steven was an average teenager who enjoyed fishing with his father.After his mutation, Steven less human devolved into a feral savage monster with a uncontrollably hunger and animal instinct .

Reptilian physiology:Steven took mutated from of Killer Croc's tooth After being exposed Steven took on a similar reptilian biology with enhanced physical attributes. Steven is shown to have incredible strength, able to toss around and overpower fully grown adults.

Superhuman durability: He is shown to be incredibly durability as any attacks made by Ryan Wilder had little affect on him. 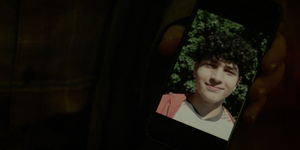 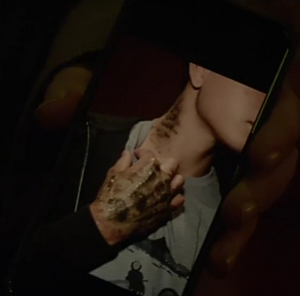 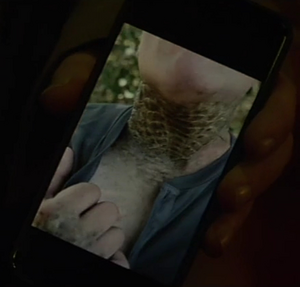 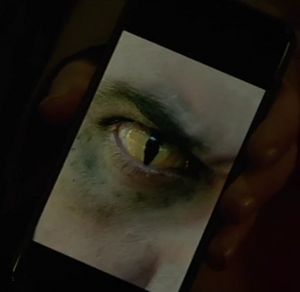 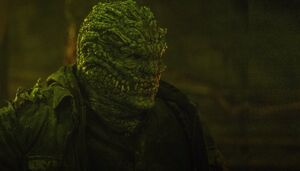 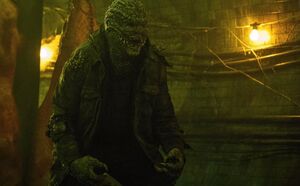 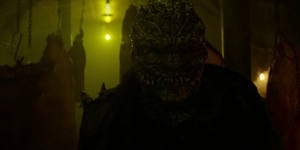 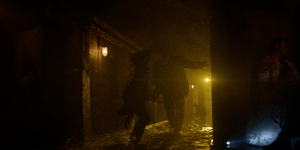