Batman: Gotham Knight (said to be part of the Nolanverse)

Waylon Jones, better known as Killer Croc, is a brutish super villain suffering from a rare skin condition that gives him reptilian scales. Having been driven mad by both abuse and Jonathan Crane's experiments, he works for Scarecrow in his kidnapping of a Gotham cardinal.

He appears in the collection of anime short films Batman: Gotham Knight, specifically the short "In Darkness Dwells".

This Killer Croc is humanoid in appearance but is slightly deformed, with more ape-like proportions, possessing stubbier legs and longer arms. His teeth are all incredibly sharp and physically speaking, he's stated to be 8 feet tall as well as weigh over 300 lbs according to Batman once he analyzes his footprints.

Waylon Jones was born with an extreme case of the rare skin disorder known as epidermolytic hyperkeratosis, that made him appear reptilian. Waylon Jones was rumored to have been flushed into the sewers by his mother when she didn't want him as part of her family. At some point, he ended up in Arkham Asylum, where he was made a "patient" in Jonathan Crane's "fear aversion therapy". Ironically, Waylon's fear was of bats, and Crane performed unethical experiments on him in the name of making him overcome this fear.

Later, after the inmates of Arkham Asylum were freed and Jonathan Crane became the Scarecrow, Waylon as Killer Croc worked for him, helping him kidnap helpless people (such as a benevolent Gotham cardinal). When Batman gave pursuit, he followed Scarecrow and Croc into the sewers. Croc intercepted him and the two briefly fought before Batman drove him off. Killer Croc's fate afterwards is unrevealed, though in the novelization he's captured by Batman and sent back to Arkham where he currently resides. 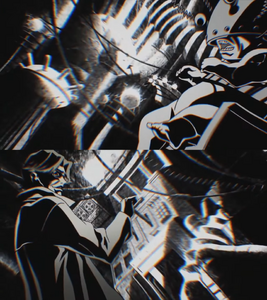 Jonathan Crane experiments on Waylon, as a baby 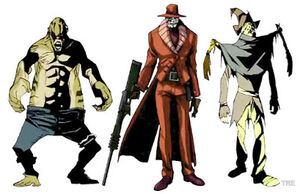 Croc infects Batman with Scarecrow's fear toxin through his saliva. 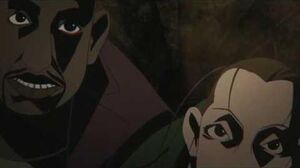 "There is an urban myth circulating. A cannibal." (Gotham Knight) 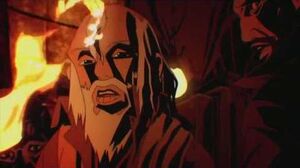